Beginning Again: the Way Life, Love & Sex are Meant to Be. 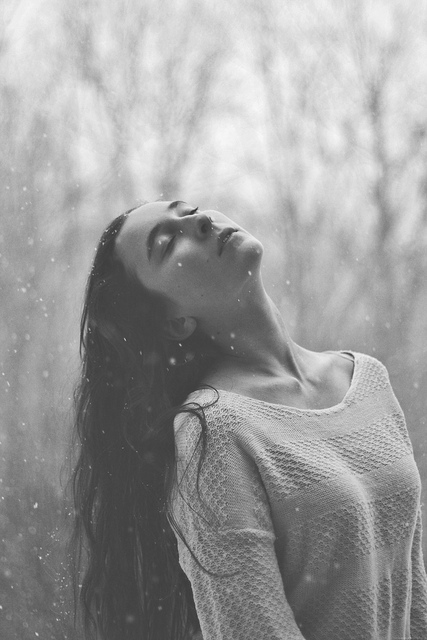 I dreamed that I could start my life over each moment.

I awoke in a new body, in a new bedroom and a new world.

A recent heartbreak had disappeared, and so had my collection of obligations.

I guess this is called being present.

I had forgotten about being present, and had run up a weighty past and a daunting future.

In the dream, access to a whole, brand-spankin’ new life came about any time you ate this special concoction made mostly of tightly packed brown sugar and spices. It wasn’t important to know exactly what it was because it was always available.

It wasn’t widely used though. Not because it didn’t work or wasn’t quite wonderful, but because grabbing a chunk of the “sweet stuff” as it was called, and chowing down seemed like failure.

Most of us became so fixated on our daily routines, our matrix of winning and losing, our spouses, jobs or the many other details that make up a life that starting over in a moment seemed like a loss.

It seemed like giving up, this surrendering into the next moment all squeaky, new and naked.

It’s easy to identify with all that makes up a life. But it is easy to get unstuck too.

Getting unstuck is a bit like melting everything around us that seems and feels so real—letting the ties that bind release us. They aren’t real anyway. It’s only an illusion that they can hold onto us. Although we would think that it’s the good times that we don’t want to let go of, it often isn’t.

It is our losses that we hold on to, our weight on the scale in the morning, lost loves or failures that keep us hoping to do better.

It isn’t the cans that we hit during target practice but the ones we miss that we let define us. It is our ills, embarrassments, guilt and mistakes, that we pack up and carry around with us, talk about and remember. We aren’t haunted by our wins but by losses—big and small.

When we discover that we can begin again each moment there is simply no reason not to.

A steady diet of the brown sugar mix isn’t bad for us, because in the next moment we begin again, as if we had never eaten it.

Letting go is the easiest thing we are the most resistant to. Try it. It’s natural.

Most of us would rather hang on to a ragged beginning than start over.

But to begin again just decide to, right there in that moment. Begin with a blank page, a clean slate, a new moment. Everything around will be as it was but at the same time totally new.

Our spouse, our kids—all new. A job is something we have never done, but have mad skills for, simply because the present, this moment, is plum full of possibility.

Sure, there are those who hover around trying to remind us to be ourselves. But just because they don’t avail themselves of a new life doesn’t mean that we can’t.

Just nod and wink at them, like sharing a secret. That one gesture will get us through the awkward moments as they hang onto the past and we don’t.

At Thanksgiving, with the family, we won’t have to eat too much or try and remember people’s names. It will be the first Thanksgiving and uncle Charlie ever as he tells us about his hernia for the first time, again. We won’t even remember that cousin May can’t cook, until we have a bite of her special casserole.

When we don’t remember all that stuff, we experience an enlightened day while those around us bob and weave, needlessly perpetuating persistent memories.

Sex is especially sweet when its our first time every time.

No embarrassment, or need to depend on “I love you”s or a future together. Under new conditions everything is possible, and tongues between toes feel good to all involved.

Without long term contracts, sex is a frolic, an unencumbered roll in the hay.

We are always with a new lover, and we ourselves are new lovers, always. We can be playful because there aren’t repercussions.

I know that repercussions appear to keep us in line, but they really don’t.

With a new moment, we don’t depend on the same old sexual positions: the missionary position is new, and so is the upside down 69 valentine.

Sex without pattern is the best sex we will ever have. Neither past sex or future sex will cast a shadow on sex in the moment. When we don’t keep score we are always the world’s best, and only lovers.

We won’t edit ourselves, or expect the same old objections.

We won’t care what part of us goes where, feelings will be our guide, for it is feelings that rule the moment.

There is no downside to sex in the moment. Except that it isn’t familiar, which really isn’t a downside at all.

And in this new sex an orgasm is a surprise not a destination. It will sneak up on us, making sex and life like the the finale of a fireworks show.

Fireworks too aren’t like last year or when we were kids. They are new, and so exciting we can hardly stand it.

Lots of people talk about how great it was when they were kids and that they want to be a kid again.

Being a kid wasn’t so great. Most of us had two tyrannical, insecure parents afraid we might not turn out right. We were small in a big world. We didn’t know much and we had to sit still and act our age: whatever that meant.

The beauty of starting new each moment is that we don’t have to give up our bank accounts, all the yoga and conditioning we have done or even our smarts. All of that comes with us but with a fresh attitude.

We get the best parts of being a kid and still get to drive, make love and you don’t have to eat our veggies unless we really want to. And veggies eaten without condition are darned tasty.

Living in the moment may appear to be irresponsible, but it turns out it is the best possible thing we can do for all involved.

We can really be there at the breakfast table with our partners, hear our kids when they speak and pat the dog fully.

Loving isn’t something we do over time, it is a deep drop into being truly present in the moment.

Not starting over each moment wears us down, has us incarcerated in pasts or futures that doesn’t really exist. It’s like a ball and chain that we have to carry around and continually imagine to be real.

We have to remember what we did yesterday and what we must do tomorrow. What a waste of processing power that could be focused on the possibilities in each moment.

There is really nothing easier than being present. The alternatives are a great experiment in illusion.

Thinking the same thoughts is hazardous to health and happiness. It wreaks havoc with relationship and has us all work more than we play.

Holding to the same archaic beliefs and treating this new and ever changing world like it is the same as it was last year, yesterday or a moment ago makes life routine.

Have new love, new laughter, new tears, new sex and a new lease on life in every moment.

Being here means life is light, lively and flexible. This is what life is meant to be—what we are meant to be.