Being in Love, Breaking Up & making Friends with Sugar. 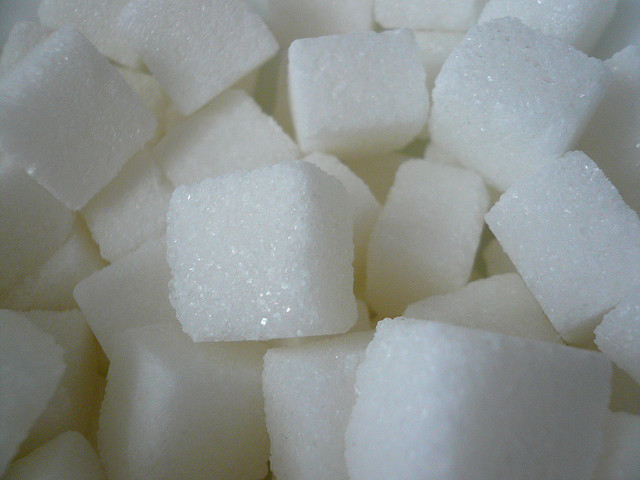 I was texting my ex-boyfriend one year after we’d broken up. I was feeling upset. I knew this wasn’t a responsible coping mechanism to revert to but I caved.

I kept going back. Dabbling. Getting that quick fix of comfort knowing full well there was an associated pain with what I was doing.

Damn you Rob, you’re harder to wean off than sugar! Only at this point did some of the similarities between a romantic relationship and the one I’d had with all things sweet and sticky begin to dawn on me.

Both started with that lust. Pure joy moments—like the feeling you get from those first magical early date experiences. Or, the happiness and elation I would feel when someone at the office would buy me a surprise piece of cheesecake on an average Wednesday afternoon.

Then the habits and routine set in. The daily contact that soon felt familiar. Having the sweet fix after each meal. The weekend ritual of having carrot cake every time I went to a particular café.

It’s similar to how we come to prefer our partner’s company to others at first; I preferred sugar to other foods, to other experiences, sometimes to my friends.

I was hooked on the dopamine hit that sugar gives to you. My taste preference was strongly for sweet. The more I consumed, the more intense it got. The more I wanted.

Before I knew it I was in love with sweetness in all its forms—chocolate, cake, dates, “healthy” sugars. Anything containing fructose did the job.

It was now a core part of my day-to-day life. I was dependent on these things to cope with many of life’s events and common emotions.

However, unlike a happy romantic relationship, the large amount of sweet stuff was physically impacting my health, weight and energy. It was making me feel guilty more often than not and I was increasingly feeling powerless with how much I was consuming it.

This wasn’t me or who I wanted to be. It was time to change. I stopped with the sugar.

First of all, I picked my biggest sugary habits and shifted them with basic substitutions. I swapped my sugary yoghurts for natural products; swapped the cereal bars for nuts and replaced milk chocolate with darker, less sweet varieties. Savoury egg based breakfasts became my new currency and I embraced every herbal sugar-free tea I could find.

Then after a few months of these gradual changes I was able to step it up a notch. Like you take that space after a break up, I took a few weeks away from all sweetness in a bid to shift the taste buds. This included fruit, dark chocolate, honey, maple syrup, and everything. It really worked and the cravings significantly reduced.

However, I still mourned and missed sugar—especially when out and about. It was tough and I was sad. Like texting the ex, there were frequent instances where I relapsed at points of emotional weakness and felt the withdrawal pain when I went back to no sugar again.

But with persistence, slowly over about six months I found a much lower sugar diet that worked and a new lifestyle that suited me—a few pieces of fruit and some rice malt syrup here and there. I had changed my habits, and my taste preferences and started to feel great on a physical level.

Strangely though, this physical benefit wasn’t quite met with the same on an emotional level.

Why? I missed sugar in some ways still, but now, on top of that I was also scared of it. Any situation when I was faced with my former love, an anxiety arose.

Will this set me back to my former sugary ways?

Will one chocolate always lead to the whole box?

Is this just me and the way I am destined to be with sugar? The all or nothing sugar girl.

Like you don’t trust yourself with an ex’s number when drunk, I didn’t trust myself around sugar—not when tipsy, not when sad and especially if it was a free buffet of any sort.

It still held the power over me. And unfortunately sugar was a lot easier to bump into than my ex. All my friends and family liked to have sugar around. There were going to be multiple times a year when sugar would inadvertently be thrust in my face (think Christmas, Easter, Birthdays, and so on).

Hang on I thought, I don’t want to be at war with sugar for the rest of my life. I want to be friends with it like everyone else. Not a best friend, but an aquaintenance sort of thing. Could that happen?

People told me it wasn’t possible, it’s all or nothing they said. Once you’ve been in love—addicted—you can’t ever get that middle ground back. You can’t be friends. Moderation is a no go.

But I challenged this as just a limiting belief and trusted we’d had enough space apart. Enough time to let the habits, the routines, and the coping mechanisms change. I let go of the fear. I ate some sugar here and there. I was careful but I lifted the restriction.

To do this I had to work on myself and the thought reels in my head. What was I so scared of? Going back to my old ways? Getting fat? Losing my new “sugar-free” health status, which so obviously had ego attached to it?

It became apparent that in beating the sugar demons, the restriction demons had come out to play. It was here I took time and effort to understand all the whys of my eating, embrace mindfulness and experiment with letting restrictions go a little. It was time to turn my knowledge into an optional tool rather than a daily weapon.

I made my goal to eat more in line with intuition and hunger—whilst still being aware of sweetness—rather than counting up sugar grams each day.

What happened? I started to appreciate sugar fully for what is was. I slowed down and tasted it more, relished the memories and lived the joyful sugar experiences like my Grandma’s baked good and my favourite chocolate once again. But this time, it was in much smaller quantities, it was guilt free and it was empowered.

How did I know when I was ready for this? I dipped my toe gently in sugar water for about six months and consciously observed what happened with questions and reflection.

Did I spiral that time or demonstrate moderation? What were the conditions? What environmental tweaks could I make to recreate the successful ones? For example, I learned when buying smaller portions worked or when sharing was a good idea. I learned to indulge more where I wasn’t alone and would tell friends light heartedly when I was evidently eating for emotional reasons to air out the shame and process my feelings with support.

Sometimes it wasn’t great—I’d overeat those date-based treats once again. However, most of the time I was fine, and I often surprised myself—both in my ability to moderate and to let go of any guilt quickly. I didn’t go half as mad on sugar compared to before because I suddenly always had the choice. I was truly in charge and free.

The other big difference? This time my sugar habits weren’t daily and I wasn’t dependent. Like when you do become friends with your ex, I could take it or leave it. I called the shots. I really did beat sugar addiction on my own terms.

Me and sugar now? We’re friends. I now witness others who are in love, who are at war and who have found peace with sugar. I’m grateful for where I’ve come to stand with it and I hope to help others sweetly sooth themselves to the same place.

Like I can text my ex with a genuine sense of friendship and then carry on with my day, I can now taste sugar with a joyful appreciation and carry on with life. 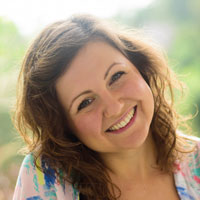