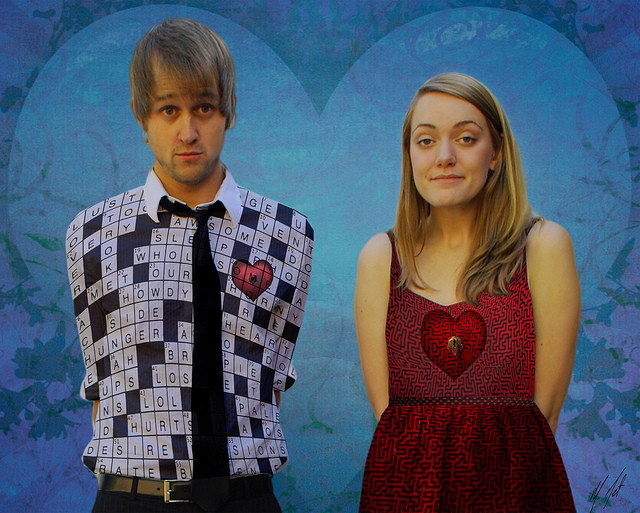 I was out having margaritas with my friends when a notification came through on someone’s phone. Of course it was for the princess, for she is the fairest in all the land and has gotten many-a right swipe in her day.

She picked up the phone and said: “Oh! He’s pretty.”

Right on cue, my other friend pulled out her phone and started swiping.

So there I was, basically all by myself at the table with my peach margarita, wondering what the hell they were doing. I’m not a stickler about having your phone out at the table when you’re out with friends. I think in a date situation it’s a bit rude, but with friends you’re always showing photos or sharing pictures on Facebook, so I didn’t mind it.

I tried to act like I wasn’t interested in what seemed like just another stupid app that would take up all of my time (I have enough of those), until I finished my drink and curiosity got the better of me.

“What are you doing?” They both looked up at me like I had just asked what Instagram was.

“You’re not on Tinder,” my friends asked. I reply that I’m not.

I downloaded the app before I finished my second margarita. I was a little hesitant at first, but my luck with guys in Savannah hadn’t been good, and I thought this might help me find guys my age. I was surrounded by boys all day in class and all night at parties. But I needed an adult.

My first date was a disaster. In messages, this guy was perfect. He was 24, witty, intelligent, charming and a little mean, but in a joking sort of way—just how I like ‘em. The plan was to talk in person at my apartment and get to know each other while I unpacked my room. I had moved in the day before, so I thought listening to music and talking while I sorted through things would be great for a first meeting. Information, but with very little eye contact.

At first glance he was a little less attractive than his pictures, but that was okay. It was the case of beer and bottle of Jack Daniels that rocked me for a second. This man—this boy-man—proceeded to get white girl wasted in my bedroom in a 45-minute time span. I had never actually asked someone to leave my house before, and he gave me that opportunity.

The second guy was the typical “he’s gorgeous, but we don’t connect” situation. I really tried, too. He had a strong build, long golden-honey blonde hair, hazel eyes; he could cook, was environmentally conscious and had a great job as a graphic designer. One day he painted a picture of me in watercolor while I was writing, and to this day, it is the best portrait anyone has ever produced of me, including myself.

He was adventurous, fun and spontaneous, but by some sick twist of faith there was just nothing there. Zero chemistry. He eventually got sick of me being flakey and we stopped talking. He’s probably somewhere in Thailand saving elephants with his beautiful Armenian girlfriend who does yoga every day and has low-key dated George Clooney before.

I am a firm believer in text timing—the length of time in which it takes a person to text you back is equal or lesser than the amount of f*cks they give about you. I don’t play the “wait two days” game, and he didn’t seem like the type to play either. I think he was just busy with work and friends, and didn’t have the time for what he thought I wanted. He wasn’t wrong.

Then there was the military police guy. (You know me better than that.)

Then the guy from home who I matched with while there on vacation. And I quote, “Are we really this lonely? lol.” (Let’s never speak of that, ever.)

There were a total of five planned dates that never happened. I see two of them when I go out downtown almost every time, without fail, and I try to make it as awkward as possible for both of them.

Another one disappeared, and I would find out later that he had a girlfriend. She messaged me and called him out on his sh*t. She was actually really cool about it. I’d probably hang out with her.

Other random quotes include, but were not limited to:

“Hey sweetie! Meet me and my bros at Virginia Beach, we have Pabst!”

“What is your superpower?”

“So me and my buddies are visiting from Australia, do you know where we could possibly find some coke?”

“Well, you were perfect until I realized that I matched you when I was in Savannah. I live in California.”

The very last Tinder date I went on was with a guy I thought wasn’t interested in me. There are always those slip ups. You accidentally swipe right and your heart sinks. You sort of like them, but they aren’t really ideal so you don’t message them. When I messaged him, the conversation was awkward and a few days went by before I messaged him again with another question. We eventually decided to meet.

I texted three of my friends his address—just in case—and met him at his house with this 3D design project for school that I was slowly and painfully failing at. Secretly, I had already missed the due date. I needed to work on the project that night, with or without a potentially cute guy helping me.

His bedroom looked like an artist’s studio, with a bed in it. He introduced me to his cat Fiend, but I called him Feeney. We sprawled out on his bedroom floor and started cutting and gluing pencils to each other, hopeful for a final product, but were unsuccessful.

What was successful was the situation that we were in. Here I am with the “introverted artist” type that I never go for, laughing over how frustrating this project was, and using it as a tool to get to know him. His laugh was great. So was his smile. We kept our eyes on the project and got to know each other really well. I think I learned four dates worth of information all in one night, without the awkwardness.

That Tinder date is sitting next to me right now working on his midterms. We have been together for four months, and every night I stay over, his cat attacks my feet just as I fall asleep. He drinks too much soda and talks too much when he is drunk.

I absolutely adore him. 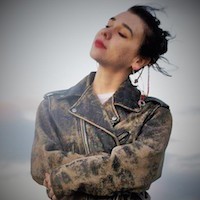