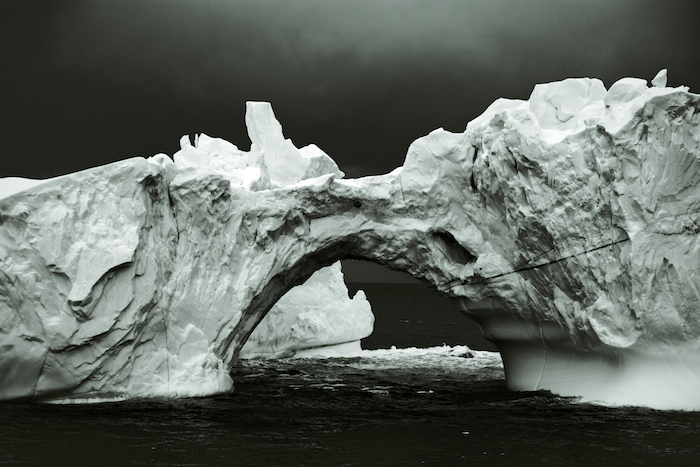 It is seldom easy to get a large group to act in common cause.

The burning building might be a problem for each of its residents, but nobody puts out a burning building alone. It helps if there is some way to share the burden, as in the case of a bucket brigade. But this involves its own challenges of arriving at agreement and coordinating action. There will not always be time for this sort of coordination, particularly in an emergency. The problem is only compounded with a problem like climate change, where the group is so large and the actions needed so complex.

It has been said that climate change is the largest collective action problem in human history. Everyone in the world is responsible and it is tied up with virtually every human institution and action. Never before has humanity had to act in common on so many different fronts simultaneously. Minimizing it will require action at every level of institutional governance worldwide. Hence, elder environmentalists, like Lester Brown and James Lovelock, compare the task to mobilizing for World War II. But the climate journey will be much longer, so it must be more culturally sustainable. It will require more long-term mobilization, so it cannot rely on adrenaline.

Wherever there are common tasks to be completed, there will be free riders who shirk their duties while reaping the rewards. Shirking responsibilities around climate change requires only that you deny humans are the cause; then you can absolve yourself of the pressure to drive less, fly less, eat less meat, etc. But if you can ignore the problem without consequence, there is a danger others might do the same. Hence, climate activists try to disincentivize gratuitous skepticism by smearing critics with epithets like “climate denier.” But controversy is common to virtually every issue these days; many people have bad information, and calling people names can harden their positions.

Sometimes the only way to get people to act is with threats. Yet, punishments are not always easy to enforce and they often backfire and generate resistance. This may prevent free-riding off of society more generally, but it is not as if we can begin jailing people for driving. We can, however, tax and fine pollution and resource extraction. Carbon taxes already cover something like 20 percent of global economic activity. Even relatively small carbon taxes can be highly effective, according to the Nobel Laureate economist, William Nordhaus.

It is arguably more reasonable and fair to tax pollution, which causes harm, than to tax incomes, which come from productive activity. Even some libertarians, like the renowned conservative activist, Grover Norquist, have given guarded support to the idea. Carbon taxes can simply replace other taxes, like income and corporate taxes, or else they can be funneled into the research and development of renewable alternatives. However they are set up, it is important to recognize they can easily be made revenue neutral.

The environmental philosopher, Dale Jamieson, points out that people may not have grasped the potential power of a carbon tax, because it is difficult to imagine something so simple and painless could accomplish so much. But, he points out, small incremental changes have a way of adding up over time. Few people in the early sixties could have imagined that the steady growth in computing power would so radically transform our lives today.

A carbon tax, coupled with other taxes on greenhouse gas emissions, could over time transform our homes, our cities, our transportation systems, the types of appliances we use, the way we produce our food, and what we eat for dinner. And once implemented, the changes would occur organically through people simply responding to price signals. Such changes are never easy, though—even when they are inevitable. Little wonder the carbon tax has so little support. Perhaps we just resist everything thing that is actually transformational, like the person who cannot sit down and meditate for 10 minutes a day, even though she is convinced it will completely transform her life. Or maybe carbon taxes seem too good to be true.

If coordinating action and enforcing participation are too difficult, there is always the possibility of simply motivating people to act on their own. Religion has been particularly helpful in this regard historically. It both enjoins people to do the right thing and it coordinates them through their participation in a common community of worship. In so doing, it makes them more willing to sacrifice. There is a sort of religiosity to much environmentalism, and it does often inspire great sacrifices. As people come more and more to identify with the whole of the world, there will be many who seek a religiosity that cherishes this global sense of wholeness.

The problem is that a love for the earth is not action guiding: it does not tell us what to do, and sometimes the most important environmental actions are not intuitively obvious. Most of the changes we will need to slow the rise in temperatures are not personal but rather systemic. This religious sense of commitment may inspire us to act in unison, and it may allow us to do so joyously, but the most important actions will probably involve setting in place the right incentives. They will involve building the right systems and developing the right technologies.

Somehow we have to inspire people to create new systems that will, in turn, coordinate their actions toward the common cause of halting global warming. We need to see ourselves as part of some greater whole so that we are inspired to create the incentives that will transform our lives. We need maximum heart and brain power, the heart to inspire and implement change, the brains to make it happen. To grapple with the largest collective action problem in human history, we need to bring everything to bear, but gently and elegantly, like an Archimedean lever that might move the world. Carbon taxes may get the job done, but something deeper may be needed for us to get the carbon taxes.