Loving Your Lover’s Differences: Making the Most of Relationship. 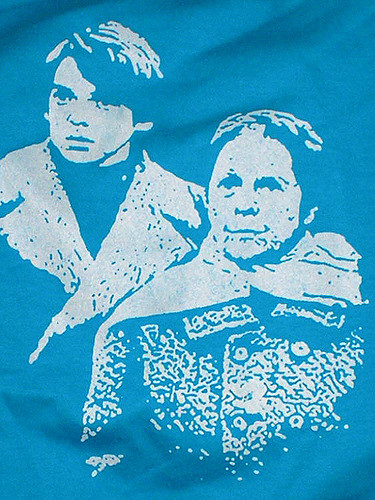 Differences are a symptom of freedom.

While relationships may begin with commonality—both of you like jogging or yoga, both of you are from New Jersey or work at the same firm—it is differences that allow a relationship to grow.

Where there are two people there will be differences of opinion, but that is only the beginning. Deeper differences: energetic, intellectual, sexual, ethical, or attentional, invite you to try things you otherwise might not and to reach outside your comfort zone.

If the two of you were the same there would be no need for relationship.

When your differences mount, it often looks like the relationship is doomed. It isn’t, that is when new vistas of relationship open and when you meet whole new aspects of the person you have thought you already knew.

I used to date a woman named Sara. Though we were both driven we had our differences. An example of how they showed up is that she simply wasn’t attentive—and I was over attentive.

She was smart, but couldn’t remember a thing. Her Lexus had this horrible smell about it. It wasn’t until our fourth date that I rode in her car, and it was just too stinky for me.

“I forgot to close the sun roof and it rained.” She said as I crinkled up my nose and doubled over gagging.

Only later did I discover that she had left the sunroof open many times and had what was, in effect, an indoor/outdoor car. It was so moldy and stinky that the dealer wouldn’t tackle fixing the problem.

Though her car reeked, Sara could love. And love me she did. She ignored my faults like she ignored whether her kids had lunch money for school or whether or not her sunroof was open when it poured.

There was a trade-off: inattentive worked in some places and not in others.

The story I came up with about us, as I watched our many differences play out, is that each of us incarnates to a different degree.

Sara was blessed, and cursed, with not being very much here. Her attention seemed allergic to practical things, focusing more on possibilities in the future than the realities of daily life.

She got a great job, planning the future for a web based company, and many years later is doing that still. I suspect that her car still stinks, or perhaps she got a car without a sun roof.

The source of our differences

I watched my parents build a relationship based on difference. My mother played the role of “saint” bringing fresh baked bread to new neighbors, always having time for us kids, and loving everybody.

My dad was as different from her as could be. He was a loner, built electronic components in the basement, took every chance he could to be alone, and loved to read for hours. He preferred the imaginary world of books to this one.

They celebrated their 68th anniversary before she passed away. They never blinked at, flinched at, or indulged their differences. Instead they respected each other, making what mattered to each of them important to both.

When he retired he took up gardening with a passion. She used his beans, broccoli and kohlrabi as fodder for her cooking.

While he read, she crafted concertos on the piano. They celebrated their differences by discovering what enhanced their individual heads, hearts and spirits.

Often it is what doesn’t interest us that offers us a chance to grow.

While we may like country music, hate bugs, and dig long exercise sessions, our partner might suggest a trip to the opera, camping or a vacation including serious lounging.

They may tempt us out of the limitations we grew up with or into the places that scare us.

My son and his girlfriend were visiting recently; I live in the country and wasn’t the least bit surprised when a mouse skittered across the floor. She screamed, shook with eyes wide and it took her a half hour to settle down.

My son hadn’t told her that he grew up with a snake as his favorite pet and that mice were part of the dinner menu.

He may want a snake again some day; she may or may not learn to live with mice.

In the places that scare us we become of special importance to each other.

It is where we are challenged and they aren’t that we need their hand the most, easing us into new aspects of ourselves.

They don’t have to be like you to like you, and often love reveals itself most convincingly when your differences are at their most extreme.

Love, after all, is inclusion and when the democrat and republican wed they cancel each other’s vote reminding both that politics aren’t as important as love.

If you are looking for a reason to leave, differences offers a superficial one.

But if you are looking to expand the sort of tastes and experiences that make your life unpredictable and tug at your habits and patterns, then differences spice up your relationship and life.

It is only when you aren’t required to be together, forced into a union, that your being together really counts or matters.

If you have to be together, or are hiding from life together, then you aren’t making the most of relationship.

When you disagree you test the bonds of relationship. You discover what you have built together and are likely to have the best, hungry sex ever.

Differences can pit you against your partner though. And when that happens it really works to get curious how it is possible that you loved and liked this person so much one moment and not in the next.

Hopefully curiosity will be followed by loving scrutiny instead of the pre-break-up mutiny that wastes the time the two of you have shared by having one of you run for the hills, or your next relationship, just when you ought to be closer.

It is in difficult times that differences are revealed and relationship is strengthened. At those times you can discover connections deeper than shared history or time served.

Differences between the two of you don’t need to be smoothed out, they can be exaggerated revealing that though you are together you are still both each your own person.

Compatibility is celebration of differences.

It is characterized, and celebrated by you being able to ask anything of your partner and embracing however they reply.

Differences make you stronger as a couple

Differences make your future interesting, the past unifying, and the present available for expressing love.

Differences offer you the freedom of speech that love needs to flourish.