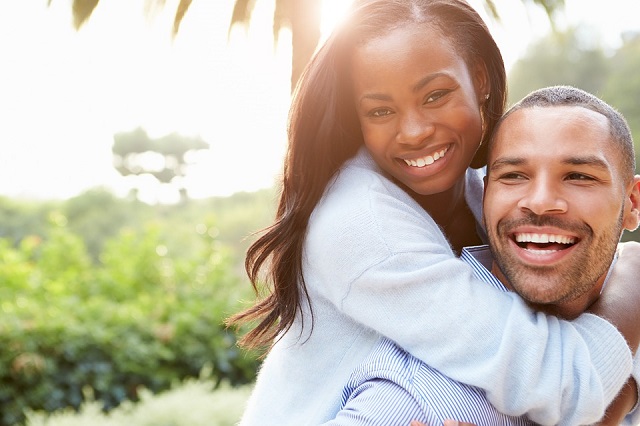 For 25 years, I was a divorce lawyer, and I saw just about every way people screw up committed relationships. I represented one side of the divorce or another in hundreds of cases.

The common theme of the breakup was that the other person was not behaving the way my client wanted, and the relationship was too hard to continue.

I understand that all too well, for I have been divorced twice myself and have had many failed “potential” marriages since then. I started to feel like Rod Steward, who once said, “Instead of getting married again, I’m going to find a woman I don’t like and just give her a house.”

I had started to feel like “committed” had more to do with mental health than loyalty and dedication.

Apparently I was a slow learner, because even though I had been through the wringer many times with lovers, as recently as nine months ago I broke up yet again with someone who broke my heart. Surely love wasn’t so hard, and commitment wasn’t so rare. I had to recognize that my “picker” was broken.

I went through several months of deep introspection and self-analysis to discover what I was doing to cause all of this chaos. I believe that I have found the answer, and I am now engaged to a loving woman who adores me as much as I adore her. What a novel experience this is!

I had to throw out all of my preconceptions about love and relationships and start over. After all, I learned about love at the feet of my parents. My father was a West Point graduate whose idea of compassion lived at the end of a bayonet. He married my mother, a rich southern belle, with the idea that he could make more money at the altar than at work. Their relationship was predictably troubled, but it was all I knew.

After many failed relationships, I had to accept the fact that perhaps their model of arranged marriage wasn’t working for me. I did everything differently, thinking that if I did everything opposite to how they did it, I would find happiness.

The problem wasn’t them; they stayed married for 56 years. The problem was me, and I had to find the program for happy relationships. I had lots of friends, it just seemed that I was cursed, and if I told someone I loved them and wanted to take it to the next level, the relationship was doomed.

So I got out the legal pad (I am a lawyer after all) and got to work. I wrote down all of the baggage I brought into relationships in the form of beliefs and expectations. I used to joke that I recognized that I had baggage but at least it all matched. Then I took a red highlighter and highlighted the bags that were not helping. By the time I got through, the pages were a solid bright red. A virtual blood bath of a legal pad, in fact.

A few of the beliefs and expectations I discovered were counter-productive are as follows:

• I wanted her to want to be with me all the time.

• She needed to worship the ground I walked on.

• My life came first. After my needs were met, we could work on hers.

• The relationship was an accounting sheet that had to balance at the end of the day.

• She had to want to introduce me to all of her friends.

• She had to be codependent on me. (Codependents base their sense of well-being on how their love interests feel.)

• She had to be a Sunday School teacher with the sex drive of a nymphomaniac.

Now you may be saying to yourself at this point, “what an ass.” I thought I had a great bum, because I heard that comment often as I left the room. However, that was my belief system, even though it is obvious now it was unrealistic, possessive, obsessive and destructive.

I was a mess of emotions that had nothing to do with love and reality. Boy, did I have some growing up to do.

So I came up with some new beliefs, and they seem to be working spectacularly:

1) I let go of expectations.

I don’t expect anything from my lover, and I am never disappointed. When I don’t look for anything and let her be herself, that builds, rather than destroys, our initial attraction. Every day gets better and better, because I don’t need her to be anything that she doesn’t want to be. She continually surprises me with who she is, not trying to be anyone else.

I have learned the hard way that being passive aggressive doesn’t work so well. I have also discovered that I am not martyr material. If I do something for her, I do it for myself. I don’t do it to make her grateful or want to do something for me. I don’t keep score anymore. I focus on sharing how I am feeling, rather than expecting her to psychically know what I am thinking or feeling.

I realize that in prior relationships I had always held something back; I didn’t fully commit. I focus on her, and I don’t allow myself the destructive thoughts of, “what if.” I don’t play mind games in my head based on what she is doing at any given moment. I don’t obsess over her, and I don’t allow myself to second guess. Commitment means more than coming home more often than not; it is voluntarily giving myself to her.

4) I have no regrets, and therefore, no fear.

The past is the past. Part of my commitment to this relationship is that I don’t think about the past anymore. I learned what I learned, but I don’t have to relive the lesson all the time. The past is not bound to repeat itself, because I have changed my beliefs about myself and how I do relationships.

5) I don’t look to her for happiness.

6) Although we haven’t had a disagreement about anything yet, I know that there is only disagreement if someone’s needs aren’t being met.

We recognize that only we ourselves can fulfill our needs, so I doubt that we will have one of those arguments. I support her journey, and don’t feel threatened by it. I only have to be responsible for my side of the equation, and I trust the fact that if I do that everything will continue to grow and flourish.

7) I don’t project into the future.

In the past, I would be fantasizing about how things might go wrong, and they generally would. That is the power of the mind. What we focus on will probably manifest. So I don’t obsess on what she meant by “that,” or what I think she is thinking. If I need to know what she is thinking, I just ask her. What a difference it makes to get out of my mind and into the open. I really recommend it.

It doesn’t matter to me what she is doing with her friends. Quite frankly, I quit being a warden. It is liberating, and it didn’t pay very well anyway. I discovered that when I tried to be the warden and control my lover, I only incarcerated myself. The greatest gift I can give to anyone (including me) is the freedom to be themselves. I tried playing God, and found out the position was taken.

I don’t know if any of these revelations will be relevant to you, but they have made a world of difference for me. I don’t worry where this is going; I just enjoy the sh*t out of it now.

It is not so much that I trust her (I do), it is that I’m starting to trust myself.

This relationship is actually easy. Even her dog likes me.

How to Free Ourselves from our own Ridiculously High Expectations. 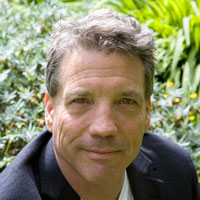