Who are we really and who do we want to become?

And more, what do we do to overcome failures, mistakes and wrong detours that have defined us as someone we don’t really like?

I had a friend when I was in grad school—he was in his final year of law school and felt ready to get that last year finished, to pass that bar exam and to begin his practice. This was a costly endeavor—the student loans, the cost of preparation for the bar and the cost of the exam itself.

Three+ years of his life.

He graduated with a great GPA, took the exam and waited for the results.

When the list was published online a week later, his name did not appear—he had failed. He would not be practicing law until and if he started another study course and re-took that exam—maybe a year away.

And what would he do in the meantime? He was broke.

This was a “moment of truth” as we often tend to call these situations.

My friend, and most of us who face big failures and setbacks, do not have the luxury of having a way out and a plan.

There are those who claim that facing big setbacks at a young age is far better than facing them later in life. If forces young people to ask the really important questions that many in middle age have not asked themselves. In middle-age, when a huge failure or setback causes someone to re-evaluate their lives, it is often harder to do and certainly more difficult with half of one’s life over.

With youth, there is the understanding that an entire lifetime awaits, and that in itself allows for greater optimism and positivity.

Sometimes it also means a greater willingness to consider lots of different options for moving forward.

Another grad student I knew was pursuing a Ph.D. in biochemistry.

He was the epitome of the character in The Absent-Minded Professor movie—pretty scattered and having a lot of difficulty with time management, even though writing scientific papers takes a lot of time and skilled organization.

Ultimately, he never finished his dissertation.

This could be seen as a major failure, but several years later I heard from a mutual friend that he was working for a medical research lab and had made a major breakthrough in the study of Lupus. He had found his “element”—conducting real-world, hands-on research rather than writing a 100+ page academic work.

A Methodology for Moving Past Big Failures and Emerging in Victory.

We are all familiar with what psychologists call the “stages of grief.” These are general stages that people go through when they have lost a loved one. Some people say that these stages of grief can be used when one goes through a terrible divorce as well.

These stages transfer well to dealing with and overcoming failures.

At this point, we are wallowing in your disappointment, maybe some anger and even some panic. I know that my friend from law school had some panic. This stage is not where we figure out the rest of our life or even what we will do next. This is the stage to nurture ourselves. Eat, sleep, exercise and be around friends. Read and seek some entertainment.

This is an interesting step but one that will serve to improve our mood and see that there is a “world” beyond the “sad” one right now. Get out, meet new people, and go to places we’ve not been before, if only in our local area. These experiences get us “back in the swing” and that’s important.

Get some things done that don’t require a lot of mental work—clean, paint, repair, etc. This allows the psychological feeling that we can and are accomplishing some things.

Now is the time, when we are calmer, more reasoned and out of that desperate, devastating, panic-inducing recovery mode, to begin to think about the important things. We may reflect on our values and beliefs; we might reflect on what really interests or excites is. We are in a much better state to think about long-term goals and future.

We have now discovered that there are some things that really do interest us that we want to pursue. This is when the motivation kicks in. For my law school friend, it was politics. Yes, at some point, he might take the bar exam again, but local politics became his passion. And, after a couple of years of being involved he was elected mayor of his town and went on to the state legislature from there. He loves what he does.

Most of us don’t reach this level, but we still seek it. This is the point in our life at which we are at complete peace with who we are and who we’ve become. Maybe the Dalai Lama has this, maybe Ghandi had it, maybe Nelson Mandela had it. It is a magical place, and we can all continue to strive to get there.
~ 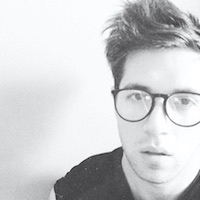