The Dangers of Reverence. 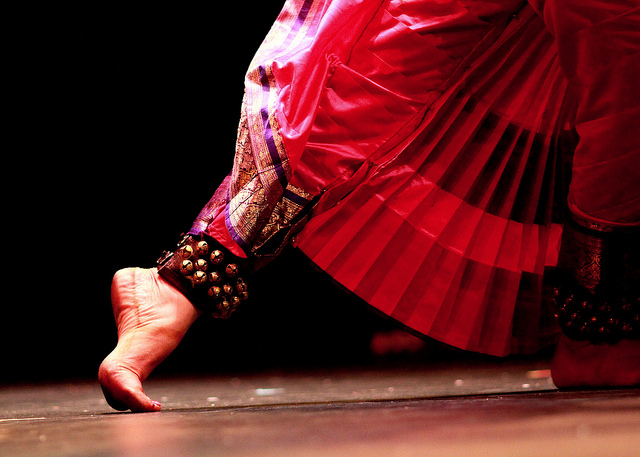 I bow to the noble, radiant Guru, who is Brahmā, Viṣṇu and Māheśvara (śiva), the direct Parabrahmā, the Supreme Reality.

This verse from the Guru Gītā is taught to all students at the beginning of any tutelage. If it is not sung to open a Classical Indian performance, it will surely be recited mentally by the artist. It is the chief prayer to the guru.

The teacher-student relationship is highly revered in India, and is known as guru-śiṣya paramparā.

Paramparā, translated as “tradition,” means a continuous series. A fuller description would be an uninterrupted succession of teachers and disciples. This continuity is dependent, first and foremost, on the authenticity of the guru, which in turn yields the respect, commitment and devotion of the student.

Many years ago, I was drawn to a little-known school of yoga, started by a charismatic, impressive and accomplished yogi. The practice was different from anything I’d come across before; it felt more authentic, improved my practice immeasurably and naturally instilled a discipline in me which had previously been missing.

The teacher and his partner made an exotic couple and had a heady air of unapproachable glamour. The two elements—a new, authentic and inspiring practice combined with the teacher’s own depth of knowledge and fierce charisma—were potent motivators.

The incredible fruits of this new yoga practice and being part of this elite group made it possible—easy, even!—for me to revere them.

In India, the guru-student relationship is common practice. It works not only because it is a custom cemented into the psyche of the people since antiquity, but also because a genuine guru does not charge for what is seen as a duty. The student lives as part of the family of the guru and learns not just through the teachings but also by imbibing every aspect of the guru’s being.

Reverence in India is a natural process. The guru, having once been the student within the same tradition, fully understands the heritage. The guru understands that by bowing to that which is higher, more learned, more accomplished, the student achieves a state of mind more readily able to access higher knowledge.

The ancient texts warn of not enjoying the siddhis, as they are only distractions on the path. Siddhis are super human skills that become available to the adept at higher levels of consciousness. In the same way, the respected teacher is not to indulge in, or abuse, the exalted status bestowed on him by the student. This is not easy, as, like all traps, wrong conduct crawls in almost unnoticed from many angles, and before too long a guru’s indulgence in power can become well-established.

Kriṣṇamacārya said that the guru’s duty is to carefully hold the spirit of the student in his hand, and that the biggest crime was to allow any harm to come to that spirit in his care. It is a big responsibility; the teacher must have conquered his own personal obstacles in order to do this and avoid the trap of enjoying the elevated treatment bestowed upon him by the students.

In the West this is even more important, as the tradition has been imported. This means that if the tradition is not understood in its entirety, it is possible that only parts of the tradition may be employed, leading to demand for devotion without due cause.

It is not easy to see the signs, especially if one is flattered with an invitation into the “inner circle,” where extra teachings are given in exchange for useful tasks.

But at what point do these works transform into exploitation?

In my own case, I had ample opportunity to pick up on warning signs. These included my teachers passing off my translation work of ancient texts as their own teachings and asking me to do unpaid work organizing retreats and workshops. Once they were assured of my loyalty, I was advised privately that the best way to hold a group’s attention was to “rip into” one student publicly so that everyone will fall in line, do exactly as you say.

In hindsight, I can see that it is, at best, not right and, at worst, unacceptable. My “reverence” was based mainly on fear rather than true respect.

Certainly I was delighted by the depth of their knowledge and the efficacy of the practice. But I can now see I was also drawn in by personal charisma and worldly glamour. I felt part of an elite, well-traveled, well-versed group.

Furthermore, with my own particular skills (Hindi and Sanskrit), I was useful to them, which brought me privileges within this elite community; I was showered with extra knowledge and favors from them.

Perhaps they sensed that I was losing the unquestioning reverence I’d had for them. There was a sudden 180 degree flip in their attitude toward me, and I was frozen out of their favor—and thus out of the group. They silently removed my administrator status from their Facebook page, the song I had composed for their DVD was discreetly revoked, they didn’t credit me in their book for my translations and told me not to come to workshops or classes for at least a year.

Although I attempted to find out the reasons for my sudden “doghouse” status, they refused to explain. This was after seven years of being their student.

Who was to blame here?

One of my friends said that as I was only there for the knowledge, when the alerts came my “one-track mind” saw them but didn’t scrutinize them.

Partly true, but I think as students, and discerning adults, we all need to take more responsibility for allowing unacceptable behavior(s) to go unchecked and unquestioned.

Out the other end, I can now admit that the things that stopped me from challenging what didn’t quite sit right were the privilege of “inner circle” status and fear of ostracism and loss of friends and lifestyle.

If we, as students, do not expose or address questionable traits, we are party, through silent acceptance, to the teacher slowly losing grip on their faculties of discernment. Then conformity becomes the road of least resistance, and the abuse of power will take over.

Discernment is essential to yield true knowledge, which must also be applied to the guide. If someone is truly a master in their field, they will welcome discriminative scrutiny.

There is a prayer that talks about guru and śiṣya crossing the ocean of existence together. They maintain each other. It should be a beneficent relationship unless we, the student, allow it to become a dictatorship.

Like many Indian treatises, the opening verse has a double meaning. The word sākṣāt, as well as meaning “direct,” or “in person,” as translated above, also means “with one’s own eyes.” This hints at the internal witness in all of us.

The guru to whom we are to bow, then, is and always will be, the one which is inside of us.

What now for the Guru Model? 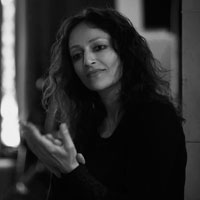