The Long Decline of Israeli Socialism. 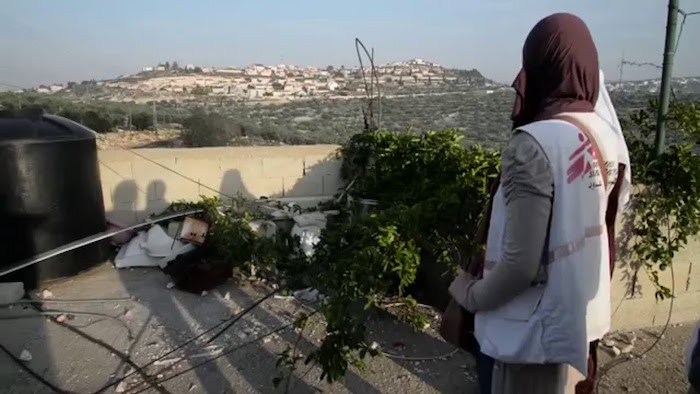 Kibbutz Negeb was set up in the middle of three Palestinian villages in 1942, so as to more easily organize Arab workers and build an Israeli worker-state with equal rights for all.

Legend has it that the twentieth-century Jewish settlement of Israel occurred primarily through the Kibbutzim, small communes laced throughout the countryside. But most Jews moved to the cities when they first arrived in Palestine. Some of the most prominent Jewish intellectuals of the twentieth-century, like the philosopher, Martin Buber, and the Kabbalist, Gershom Scholem, supported something like what is now referred to as the one-state solution. But the ideal disappeared until recently with the founding of Israel in 1948, when over 650,000 Palestinians were ethnically cleansed from the state.

The history of Kibbutz Negeb is related to me by Avshalom Vilan, a friend and former leader of the Israeli socialist party, whom friends call Abu. His Mapam Party was a major block when Israel was founded but is now defunct. It is much the same with the Kibbutz movement in general, which was until recently core to the Israeli political system. Abu suggests the decline of the Kibbutzim and his party are closely related to that of the Israeli state. He obsesses over how to end the occupation through a two-state solution and make Israel a normal, Western democracy. Israel is changing fast and he is deeply worried.

Abu co-founded Peace Now, which has worked to demilitarize Israeli society, starting in the late seventies, and he has spent the last few decades working for a two-state solution. He served in Israel’s Parliament, the Knesset, and sat on the finance committee, where he and others sought to uncover how the settlements are funded, but to no avail. Both Palestinian-Israeli activists and center-left, Meretz Party members with whom I spoke in Israel hold him in high regard.

He proudly relates how, until about 10 years ago, all property in his Kibbutz was held in common. He suggests that the privatization of the Kibbutz mirrors that of Israeli society more generally. He clearly loves the Kibbutz, which his father founded. Yet, it is all too close to a state associated in my mind with war crimes and occupation for me to feel the same sentimentality, however much I believe in his moral decency.

Twentieth-century Zionism was a racist and nationalist ideology, but it was also a visionary socialist ideal. Abu’s narrative suggests things could have turned out differently. He points out that until quite recently Kibbutz members held 10 percent of the seats in Israel’s Knesset, while accounting for only about three percent of the society. This core group was mostly secular, socialist, and European in origins. Their vision for Israeli society was quite different from the highly unequal and racist state of today. But to a relative outsider, more concerned with justice for Palestinians, it does not appear as different Abu might like to believe.

The occupation of Gaza and the West Bank, which began in 1967, was initiated by these Ashkenazi, or European, Jews. However, it is a matter over which they have always been torn. The Mizrahi, or Middle Eastern Jews, who began flocking to Israel in ever-greater numbers in the sixties and seventies, were often more capitalistic and prejudiced against Muslims, due to the discrimination they faced in Muslim societies. They were also more comfortable with the occupation and colonization of Palestinian lands. This is at least part of the reason they have faced discrimination at the hands of fellow Israelis. They overcame their marginality in the late seventies and began to lead governments, though. And this split Israel at the core.

There is a pecking order to Israeli society. The Ashkenazi Jews sit at the top. The Middle-Eastern, Mizrahi come next, followed by the Russian Jews, who began to arrive in the late eighties with the Ethiopians, who sit at the bottom among Jews. These are followed in descent by Palestinian-Israelis, occupied Palestinians, and finally the Bedouin. It is a highly stratified and tense social system, with a fluid multi-party, semi-inclusive democracy, which is prone to breakdown. Internal tensions are often exacerbated by external conflicts and then projected outward onto marginal groups. As in many states, social inequality is a partner to imperialism.

Just as Israelis began to take the prospect of a Palestinian state seriously in the nineties, the pace of colonizing the West Bank quickened. Meanwhile, their own society was fracturing into a series of separate racial and ethnic groups. The Ultra-Orthodox were also populating rapidly, and Palestinians within Israel were beginning to feel disaffected, after decades of failed integration. Then the economic inequality of the early 2000s struck, along with the Second Intifada, or Palestinian uprising, and Israel became a sort of falling star.

Kibbutz Negeb, along with Kibbutzim more generally, began to experience difficulties around this time as well. In order to retain members they had to offer greater freedom and the ability to keep more personal earnings. Thus, inequality spread in the Kibbutz itself. They also began to lose representatives, like Abu, in the Knesset. By the time of my arrival, Kibbutz Negeb still had some thriving businesses and a dairy, but it was beginning to sell off many of its assets and it had about it the sense of a ghost town.

All of this bodes ill for those hoping for a Palestinian state or a single, democratic state with equal rights for all. The conservative demographic is growing while the progressive-socialist demographic is declining. One former Left-labor campaign manager of an Israeli Prime Minister spoke to me of there being no hope that the Left would achieve power in the foreseeable future. Until there is a deeper integration of Israeli society, there is always the danger it will continue to project its problems outward onto the Palestinians, which will fuel conflict and insecurity in a vicious circle. Further, the demographic disintegration of Israeli society makes it easier to blur boundaries, which has made settlement building easier to slip by those who might otherwise raise red flags.

This sort of elegiac narrative of decline is often heard among Israeli’s Left. The narrative is a kind of creed for Israel’s most decent Jews. It differs from Palestinian narratives, which tend to be much sadder and harsher, but it is similar insofar as both tend to yield few good answers. It is being told now for a reason, though. Whether Palestinians win their own state or membership within a shared democratic state, they will need to be able to relate to their most natural allies within Israel.

Both groups will need to stop seeing past each other if peace for Israelis, and peace and justice for Palestinians, is ever to be achieved. It would help greatly if they could begin to tell stories of their common decline. Out of those stories might emerge newer narratives for a better shared future. This will take a lot of listening on both sides, and there will be much frustration and dissatisfaction along the way. Israelis will want to assert that their suffering is equivalent to that of Palestinians, and Palestinians will often want to give up.

But this work, which is often derided by Palestinians and their supporters as normalization of the occupation, serves a political purpose for both sides. Palestinians need to tell Israelis their stories if they are to win support, which barring military victory, will be necessary to any solution. And Israelis need to live up to their own democratic, secular ideals if they are to stave off the moral decline and isolation of their society. It will be difficult, but few great struggles are easy.

If you liked this article, please friend me on Facebook and join the dialogue.