The Problem with Goddess-izing: On Seeking the Spiritual & Finding Sexism. 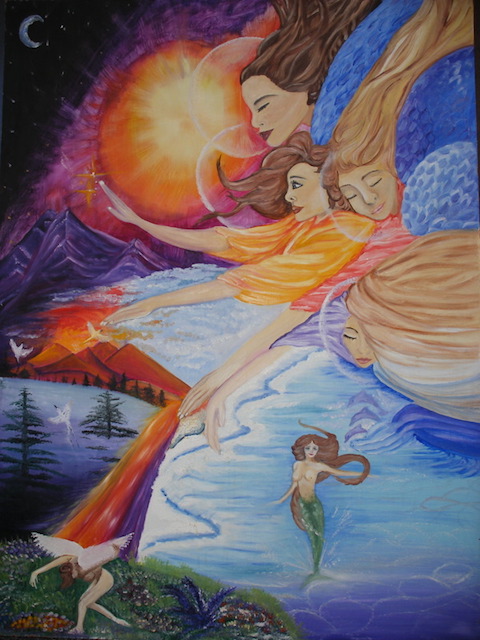 Author’s Note: This article is not an attempt to generalize or deprecate worship of the goddess in any specific religion; it is based on my experience in various spiritual communities and yogic institutions and an effort to use more inclusive language.

I recently left an ashram prematurely which I felt had no place for me. In this intentional spiritual community, and many other yoga institutions, patriarchy rears its ugly yet familiar head.

Women are attributed to the role of the goddess or nurturer and overlooked. These communities use language like, “nurture the divine feminine” or, “let out your inner goddess.”

Although this particular ashram would probably argue that this is a strength, such language neglects non-binary people and those at different places along the gender spectrum who don’t identify with being male or female. It also assigns women the role of nurturer, but some women are not natural caretakers, and this is okay.

I came to the ashram with the goal of working on their farm, excited to try all the different yoga classes offered. At the first satsang, or spiritual gathering and discourse, I was struck by how the lecturer only spoke about women through the roles of mothers and caretakers.

I could not relate to this.

How is it that such an “open-minded” community could be stuck in such sexist ways?

Though one might argue that seeing woman as goddess is an alternative to many male-dominated religions, I would argue that it has not arrived yet. It is not a pendulum switch from patriarchy to equality; it simply assigns heteronormative roles to women under the guise of New Age rhetoric. Though it exalts “the divine feminine,” I would encourage one to examine what exactly “the divine feminine” is and whether it roots back to gender norms. Though I’m a cis woman, the use of the terms “masculine” and “feminine” in spiritual discourse always aggravates me. I know that not everyone can relate to these terms, and I’m often confused by what they mean. What is feminine to me is different than the next person.

In The Gender Trap, psychologist Herb Goldberg examines how there is no natural feminine or masculine, and how both of these are the product of “psychological disorders resulting from compartmentalizing the human psyche.” (Goldberg, 1) He offers:

“Being a traditionally conditioned female requires the suppression of four areas of the woman’s psyche—aggression, assertion, autonomy and sexuality—and a resulting loss of objectivity.” (Goldberg, 1)

This conditioning of “woman as caretaker,” tending to the earth and family, can stem from a place of repression and suppression.

Only seeing women as goddesses objectifies them, focusing on what a woman’s body does rather than what she chooses to do. It also fetishizes and sexualizes women by not seeing the person—only the body. This goes against one of the core concepts of yoga: we are not the body, and we must not identify too much with it.

What do feminism and spirituality have to do with each other anyway?

Mindfulness-based practices call upon one’s attention, and so does feminism. To notice inequalities, one must have some sense of awareness, and this awareness must continually expand. In All About Love, feminist scholar bell hooks writes, “consider New Age logic, which suggests that the poor have chosen to be poor, have chosen their suffering. Such thinking removes from all of us who are privileged the burden of accountability.” (hooks, 73)

To hold ourselves accountable, we must first be aware of systems of oppression, or to use hooks’ phrase, “white supremacist capitalist patriarchy.”

I see a lot of oversimplification in spiritual communities, beliefs that if we just somehow follow the logic of, “love one another,” “we are all one” or, “we are all the same,” we don’t need to think about systems of oppression or acknowledge our privilege.

This is not awareness.

We are not all the same; we have different conditions and experiences. The way a woman is socialized and taught to behave couldn’t be more different from the way a man is. A conscientious mind cannot exclude women and the history of violence against them. It also cannot neglect race, class or other ableisms.

We must expand our awareness and take care with our language. We must ensure that we do not cancel out another’s personhood, desires and choices by seeing them as an image we’ve created through years of conditioning and socialization.

How do we become more aware?

Clarity in language is paramount. Let us remove the terms “feminine” and “masculine” from the table and instead say what we mean. If we would like to encourage someone to be more gentle, we can say so without ascribing that quality to any particular gender.

In addition, we can change the way we make assumptions based on what we have been conditioned to believe makes someone “man” or “woman.” We can use gender-neutral language and use the pronoun “they” for someone whose pronoun we don’t know. We can ask, What is your preferred gendered pronoun? It is of supreme importance that all members in a community feel included and safe.

Finally, we can always become more aware. We can become aware of ourselves, aware of how our language affects those around us and aware of systems that no longer serve everyone in our communities.

The Peril & Power of Calling Ourselves Witches, Shamans & Goddesses. 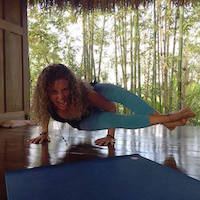