When Your Soulmate is not “The One.” 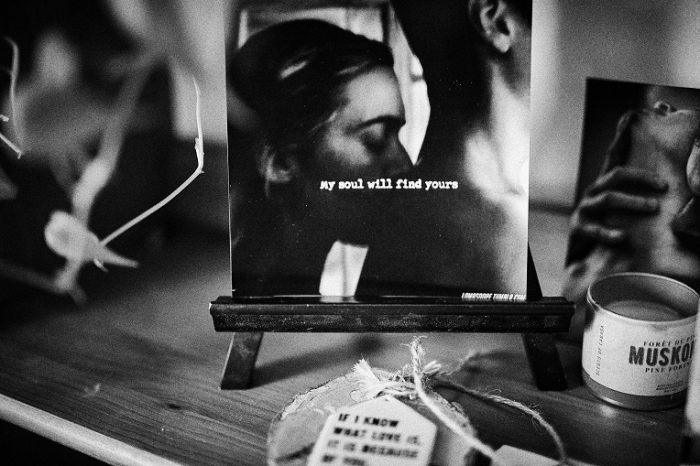 “He’s more myself than I am; whatever our souls are made of, his and mine are the same.” ~ Emily Brontë

I consider myself a romantic. I fell in love with love early on, and I blame it primarily on the Brontë sisters and Jane Austen.

The idea of love and the quest for a soulmate made a mess of my young heart.

After all, not many among us don’t want to find “the One,” the Intended, the soul who fits perfectly, like a puzzle piece, in the crooked corners of our battered hearts.

But what about those of us who find two soulmates? You know, when life with one soulmate ends either through divorce or death, and we find the next one? Was there more than one all along, and did finding our soulmate often not depend on geographical circumstances?

And what about when we meet a soulmate who was already someone else’s soulmate? Or that one that we ran into on the streetcar and then never saw again?

My mind and my heart never truly accepted that there was the only one soulmate for each of us.

My definition of soulmate included all those souls who touched us so deeply that we were never the same again.

My definition of soulmate included the fire that exploded when touching the divine part of another human being burned away the part of me that was still asleep.

A soulmate to me, meant a connection of instincts; of experiencing a dimension not accessible without their influence.

A soulmate was the one who saw my darkness as part of the miracle.

Now the one in the subway, you may wonder…how can anyone meet on a soul level like that?

“Important encounters are planned by the souls before the bodies see each other.” ~ Paulo Coelho

I believe in that quote by Paulo Coelho. The romantic in me loves the premise that we all know each other from another place, where souls live free of their mortal coils; where we make plans to meet again…to be catalysts in each others lives.

Here is where I feel our search for a soulmate goes wrong—every time we recognize one, we try to turn them into a cell mate; and not every one of them is meant for a lifelong commitment.

I understand the longing and the confusion, because we are trained from childhood to think that there is one, and that that one fits us perfectly, and when we find them, we must live happily ever after with them.

We are afraid to let our soulmate slip through our fingers, possibly move on to another love.

We’re going to lock them down. Keep them for life -and wonder how our soulmate could one day desire to move on, or worse still, we hang on until our dying day in an uninspired relationship.

Back to the stare across the subway platform. I’ve had more than one of these types of instances. One was literally, as I say, waiting for a subway train. I was heading West and he was heading East. I looked up from the book I was reading, and he was looking at me. It took me a second to stop staring—he was arresting, and my heart pounded like a rabbit’s.

He smiled, as did I. Until his train came and stole his image from my eyes, energy coursed between us and I knew him. He changed my perception of what knowing someone meant. I had an awakening that day, and it contributed to my young, growing soul.

I have always been highly intuitive, but he brought me to the next level, and there began my search into the esoteric. We were meant to meet, to connect in a way that moved spirit further. I don’t believe in co-incidence anyway.

Another time, I met a young man whose voice I heard over the din in the kitchen I was training in to be a chef. Before I saw him, instinct told me that he was important to my journey. When he rounded the corner, I knew that my children would come from him. We both thought that it was for a lifetime, and it wasn’t, but he and I did have those children and I have learned many important lessons from this soulmate-for-a-season. If you had told me then that I would have more than one soulmate, I would have argued vehemently, because this one fulfilled me on many levels.

There have been other soulmate meetings, times when I recognized that flame, and I was cracked open like the shell of a nut with a hammer—and falling into the abyss, I encountered heaven. Sometimes it was with a man, sometimes a woman, sometimes someone much older or much younger than myself, but always, there was a recognition of the sublime.

As time went on I learned to discern which soulmate was to keep, which to pursue like the devil was at my heels.

I am with such a soulmate now. He’s where my soul has found shelter for the last 22 years. Neither of us are blind to the possibility that one day there may be another soulmate who will take us further on our path.

Neither of us want that to happen, but we also know that every soul is a wanderer, an experiencer, a lover of journeys that never end.

So if you have met a soulmate that you leaves you vulnerable and open to miracles, you may want to view them as if they were about to get on a train going East.

Are you meant to head East as well, or are you meant to savor all that their presence has awoken in you, and take the road West, your soul enriched; remembering something of where all souls begin?

Not every soulmate is “the one,” and that’s the beauty of it all: staying open to the miracle of meeting each one, and understanding their place in our lives.