I went from Drowning in the Shallow End of the Dating Pool to Happily Ever After—in 5 Months—& You can Too! 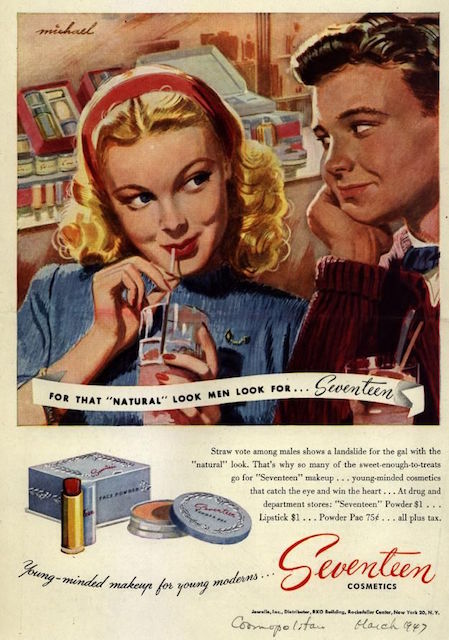 I have always felt myself to be (for better or worse) the black sheep of my clan. I’m somewhat different to everyone else.

I’m spontaneous and adventurous, I can be cold yet emotional, logical yet randomly forgetful, patient yet rushed.

I do radical things that even to myself seem as strange as organizing a pile of knitting yarn with one hand behind my back, in the dark, and slightly drunk.

After recovering from my last relationship (which had left me bewildered, confused, slightly bitter yet grateful for the time together), I came to the realisation that I had never truly had the chance to date around before. So I gave it a shot and had fun with it. So much fun in fact, I would have multiple dates during the week with different people. A sort of “rotation” opportunity for expressing my each aspect of my personalities. It became a field for practicing jokes and dress rehearsals for the woman I could play for a day.

What I learned about the dating scene is that it’s a lot like “Goldie Locks”—a wonderful little story we are told as innocent little bed wetters.

Finding out what sort of porridge you like (spicy, hot, cold, steamy, sour, or sour) is a wonderful way to run fast from loneliness woes. I found myself asking questions and nit-picking things like:

Can I be with a person who is as interesting as an empty snow-globe but has washboard abs that I want to wax with my tongue? Or be with someone who smokes, is intellectually stimulating and goes to concerts in a leather jacket?

But in between the dinners and coffees and make-out sessions, I realized I wasn’t being fulfilled. Not as a woman or as a human of this earth. I knew there was something more to life than just quick dates and short-lived fantasies.

This experience though turned out to be a sort of therapy. Over time and through the myriad of dates I was able to work through my own baggage.

Purposefully listening to Adele 21, I made myself remember my last ex. I grew within myself when I finally allowed my head and my heart to learn that no amount of nostalgia and indifference would have ever been enough to save us.

I found after a year in the “porridge business” that I didn’t want to search anymore. I was tired of always focusing on the porridge. After many attempts at relationships and a year in the dating scene—some for show and some for free steak dinners—I decided to call it quits.

For the first time in my life I focused on myself. I joined a friend in a strict routine of working hard, working-out even harder and eating healthy. I quit drinking so much alcohol and focused on non GMO products, living on coconut water, cous-cous and TedTalks. I traveled to see my family and friends more, read books about backpacking around the world, purged my apartment and donated things I never used.

Occasionally, I still went out with my girlfriends for the uplift of being sexy and free and young and in love with the world and the beat in the background. These time though I stuck with the herd instead of prowling for porridge. I felt a strange new lightness in the air and peacefulness within myself. I was living the life of single-dom and happiness.

Perhaps it is our society that makes it seem glum to be single.

During this time, I had found something within myself I never knew, a sort of strength—a backbone I had never used before. I realized I was funny. Why hadn’t I been funnier when I was with my Ex’s? I was asking myself all sorts of new questions about history, life, politics and spirituality. I took myself to see shows and dinners at expensive restaurants I had always wanted to eat at. I would sometimes even drop off the social media radar for a night simply so I could walk in the dimly lit city after attending a museum opening listening to the pulse of the energy in the night air.

Of course, that’s when it happened.

Months into my newly found self-freedom I went singing with my friends at karaoke when my favorite drinking buddy and friend of 20 years told me as she pointed him out, “That’s the person you need to date. Like. Now.’  The future father of my children and forever hair holder when I drink too much manischewitz was staring at my unpainted face with soft eyes. Getting the warm and fuzzies as he sang “Call me Maybe” I proceeded to walk on stage and slip him my number. I have a flash for romantic gestures—also, my friend said if I didn’t give him my number she would for me.

Within the first few conversations I realized he was something different. A magical creature not of this earth, a spiritual wanderer, a lover of all people, and a thinker on all realms. Stubborn, beautiful, and mending past wounds from an ex for the history books. With eyes that looked like the world from a light years’ distance, speaking words of truth and love in every breath—I was allowed to be connected with the unquestioned within myself. Seeking the answers to questions I never knew I wanted to ask (but always knew were there), he opened up my world and tested my inhibitions.

My past dating experiences were tempered by heartbreak, confusion, listening to my ego and years of trying to change the person I was with. The truth I never wanted to see was how much changing and growing I needed for myself. Under the shade of the chuppah surrounded by the cheers (and semi-weeping of my father), in candlelight we read our personally written vows. Promising each other patience and happiness and a life full of knowledge seeking and light.

One of the things that make us work is that he accepts me for where I am in life. And I accept where he is in return. Still working through our own individual relationship baggage, we acknowledge the pressures of a fast, sure love. He has taught me that living a meaningful life is more fulfilling than the superficial one I once lived in before him—an instrument I was eager to learn to play but never had a teacher to show me how. I have taught him (and found how important it is for me) to communicate instead of freezing up out of fear of disappointment.

Even if my friends and family never get it, I am still growing and learning and being loved with a strange passion that is scary and new and wonderful and full of light. I am being fulfilled by the challenges, the jokes and the goofy moments leaving us both in wonderment and wearing a youthful innocence.

I would suggest to anyone as I am learning to do with myself: listen to your instincts. Don’t always follow what you think you should do based on others’ experiences or words of wisdom. Going against the grain is what makes us unique in a world with so little uniqueness left.

I will say though, the unspoken blessings of marrying a person so quickly is being given the gift of constantly learning so much about your partner and yourself as one entity. There is a sort of thrill in our relationship, milestones we have accomplished, a closeness that should only happen after 20 years of marriage.

In all honesty, I don’t need to explain why I married someone after five months of dating them. It’s enough for me knowing that the way he holds me makes me feel reborn. 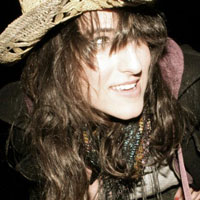