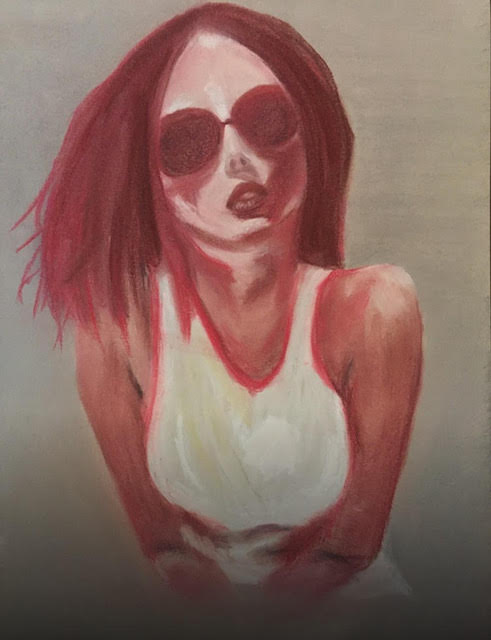 I’ve had a few discussions with immature men lately about feminism, misogyny and white male supremacy. It is a conversation that is draining, thrilling and energising at the same time.

Many times (too many) I am met with the words, “I am an equalist,” followed by a look that signals that a war will start any moment, unless I keep fulfilling the fantasy of an ignorant, controllable and pretty object.

When I defy and explain how I’m working on a book about misogyny, everything from his body language to his words reveal how he feels threatened, and he runs in fear to the safe side…the oppressor’s side. He does not bother to investigate—instead he defends his idea of reality tooth and nail.

I can’t help but wonder: Why do my opinions and outspokenness provoke these men more than the statistics about sexism, discrimination, harassment, domestic abuse and rape? Why do these men choose to voice their hatred for feminism—when the world is urging for male voices speaking up against sexism and rape?

Is it the same reason there’s an unlimited amount of rape porn available; it is what we call rape culture. Ghandi said that your thoughts become your words, your words become your actions, your actions become your habits, your habits become your values. These men have…rotten values. They choose to focus not on the issues women experience, but on their own limited experience. They mansplain with ignorance, forgetting that they have not and can never fully see things from a woman’s point of view. The closest they can get to comprehending the ordeals a woman goes through in a patriarchal world, is by having a closed mouth and open ears.

Instead of doing so, they simply choose to avoid the job it is to educate themselves, most likely due to the fact that they cannot stand the thought of being the less knowledgeable one. It seems easier to shame these strong, passionate women—the awakened, wise women who spend time and energy on telling their truth, to protect their daughters and sisters, to make the world more just and peaceful. Often, these are the very same women that men admire, long and lust for. But even if there is a spark, because, yes, these men can be so sweet at the start, the flirting stops to be fun when the man tries to put us in our place. It’s just a nah, uh-uh…over and over.

They discard the information we give, but why? Is it out of fear of being looked upon as a creep? Out of laziness and a wish to be able to continue behaving in an irresponsible way? Out of fear of losing control? With roots of patriarchy, with a trunk of entitlement and branches of control, these men grow a tree of rotten fruit. Instead of accepting our invitation to true intimacy, they start the shame game; labelling feminist women as angry, bitter, crazy.

Our passion for women’s right’s issues is often seen as a defect or a mental illness, a crazy streak, or personal bitterness about bad experiences. And being open about that passion feels almost like a taboo. Which is why the rebel in me loves promoting my book to them. They flirt and flatter up to the point when I mention my dirty little secret…then either the tail is between the legs or he’s prepping for verbal bloodshed. Oh yes, the misogyny detector works like a charm, quick and simple.

The statistics don’t lie: One in three women are victims of domestic or sexual abuse. When we tell our stories, instead of being met with shock and disgust, they decide to focus on how feminism is a turn-off (*eek*), which in itself highlights the objectifying view these men have of women, and of their entitlement to our affection. We are told we should forgive and forget. Seriously! We meet creeps every. single. day. On the street, on the train, in clubs and pubs. Why are we told from early age that “boys will be boys”? Men who misbehave are excused for being “men,” while women who show strength, or—God forbid—anger, are told to shift their focus. We are told that feminism is unnecessary, that we exaggerate—it is not that bad! When the truth is, women worldwide, on every continent, are terrified of walking home alone at night.

What these men fail to understand is this: My issue is not a personal one. My issue is a social one. And there is such a huge misconception about feminism. We do not fight men. We love men. Mature men, good men. What we fight is toxic masculinity. Misogyny. Sexism. Patriarchy. Entitled laziness and proactive curiosity cannot coexist. And just as these men have their preferences, feminists have theirs, and usually it involves high-value men with the courage to challenge their preconceptions. Men who know that half of the population on the Earth are women, men who know their strength and wisdom is desperately needed in the fight against patriarchy.

Women need men. We cannot live without men. And, oh how we love and and appreciate these awakened, strong and masculine men. They are fearless, brave and sexy. They know what matters. They do not shift focus—instead, they become curious and intrigued when we mention our passion for women’s right’s issues. They ask questions, show understanding and empathy, because they know we fight a harder battle. They do not take our activism personally. They know that when we vent about sexists pigs we’re not talking about them.

They simply opt out of the game. Women didn’t ask men to be tough, brutal and out of touch with their emotions. Other men did, playing the male hierarchy contest. Women asked for connection, authenticity and love, which do not exclude charisma and wit. When there is no game, no one loses, and there is room for connection, vulnerability and love.

I am lucky to have had terrible experiences that have made me think and act differently as a woman. I’m lucky to have had the opportunity to see and experience both sides of masculinity, which has shaped me and made me able to choose to surround myself with good men and women. I am fortunate to have met other women and men who are passionate about this subject. Fearless, strong, no-bullshit people who stand firm in their ground of justice and truth, no matter what labels the world puts on them. We have amazing conversations about the issues and exchange ideas and thoughts. We laugh and joke and enjoy non-serious issues as much as, if not more than, those with blinded vision and a stained conscience. Most feminists I’ve met do not fit the ugly, angry stereotype. Quite the opposite: self-respect is hot. Feminism is hot. Neither chivalry nor seduction need to die with equality, open-mindedness, justice and consent. There is a gender-equal feminist tribe in this world, and it is growing rapidly. It is softening our world and fostering love and acceptance.

Everything we have been through has contributed to make us the people we are today.

Personally, I am grateful to be a survivor of abuse and rape without losing my faith in love and true intimacy. I am proud to be passionate about social justice; above all I am proud of my passion for women’s right’s issues. I am proud to be called fearless, outspoken and intimidating in the way I put my opinions out there. While it may scare some, it may kindle a fire in the right types of people. And if it provokes others, I’m damn okay with that. 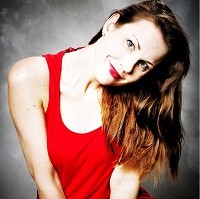