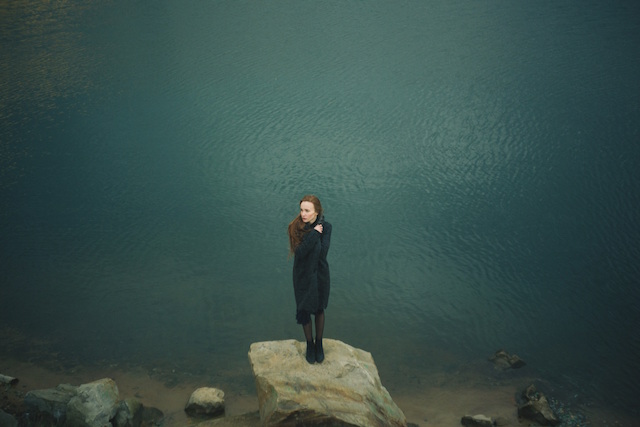 Throughout the years, I’ve debated about loneliness and what it entails. I’ve gone through the motions of self loathing, aggravation, and fear.

I’ve been a proud, solitary woman, and a weak, and wallowing little girl.

When most people discuss loneliness, it usually seems to stem from co-dependency issues, or they’re fresh from a relationship and feel unlovable. There are different kinds of loneliness, each unique to us as individuals.

The desire for love and making genuine connections are human—everyone feels it at one point or the other. This article will explore what it is that defines our loneliness, and what is healthy, and what is not.

First let me just share that I am not an expert in this field, only someone whose battled with the feeling of disconnect for many years. I’ve been on both ends of the spectrum from extreme depression to contentedness.

What makes us feel lonely?

There’s no one answer to this question, because loneliness can be numerous things. Sometimes it doesn’t take a lifetime to figure out that we’re different—sometimes it only takes a few years of cognizance. We may have been ridiculed in school for various reasons, and recognized ourselves as outcasts at an early age.

Our home lives could have been suffering, either because of trauma, or the sheer fact that we didn’t want to leave our bedrooms. Long story short, we were awkward kids, that became awkward teens, that became even more awkward adults.

To be so accustom to loneliness when we’re younger, establishes a form of independence that makes forming any bond to someone, almost feel foreign.

Truth be told, loneliness feels like solitude in every facet. We feel alone physically, emotionally, and often times spiritually. Some people refer to us as “lost souls” but I beg to differ. Loneliness can also feel like we’re alone on our own island, it can also feel like we’re alone in crowded places where we know everyone. Loneliness also feels like we have forever done something wrong, but we don’t know what.

Selfishness can also stem from extended lengths of loneliness, because there are others that truly care about us, but we inadvertently neglect them, because of our inexperience.

When is loneliness unhealthy?

Loneliness becomes unhealthy when we wallow in it, and it begins to dictate our lives. For one reason or the other, lonely people often see themselves as people that are rejected. In most cases, we’re not being rejected, but our brain tells us otherwise. Not everyone will stick around to deal with our personal issues, and instead of figuring out why, we use it as an excuse to maintain our contentment in loneliness. When happiness becomes a burden, there’s a problem, because we start to look for errors, and we begin expecting disappointment.

Remember, there’s a fine line between depression and loneliness. Some of us go to great lengths to remedy our solitude, which can lead to unhealthy relationships, various addictions, and insanity, if we choose to live in our own minds.

How can we cope with loneliness?

Remove the negative connotation and don’t convince yourself that there’s something wrong with you. The last thing we need is to alienate ourselves, thereby making it all worse. Not all of us can be social all of the time, and some of us have major trust issues. Whether the people that you know admit it or not, they have felt loneliness as well. There is no shame in openly admitting your disconnect.

Oftentimes, when we tell others that we feel lonely, they assume that we’re looking to fill the void.

I’ve had many potential partners judge me very harshly when I’ve addressed my loneliness. I grew tired of having to backpedal because of the immediate pressure that they felt to remedy my problem.

Apologizing for how we’re feeling gives power to those that see someone going through a rough time, and they may exploit it. Believe it or not, even married people often times get lonely as well. Despite popular opinion, not all of us are looking for another person to make us feel whole.

But w are trying to make our own selves feel whole.

The only true way to cope with loneliness is to realize that we’ve done nothing wrong, that it’s simply a learning process. Where some people can hit the ground running in life, others are afraid of hitting the ground and falling.

We fear disappointment, rejection, or that if we let others in, they’ll judge us.

Stop thinking this way! this is your life, on your own terms, and those are your shoes that you’re walking in.

The journey to self completion can be gratifying.

Loneliness warrants observation, we do less talking and do more paying attention. Often times, it’s us lonely folks that pick up on the greater things in life. We obviously can’t find fulfillment in depending on others, so we make the world work to our own advantage.

We’re only victims to our own perception if we’re lonely because we feel like we’re under attack. Be lonely because you know that you deserve more then what’s in front of you, and be content in your inability to not settle for sh*tty people.

Does loneliness go away?

Of course loneliness goes away—whenever we choose to release it. W can only protect our own heart and live in a secluded bubble for so long. Maybe it will take any number of “special” people, or maybe it won’t. Love is said to work wonders, and as long as the solitude isn’t habitual, then you can freely leave that place inside of yourself at any time.

When I say love, I mean it in any context that applies to you personally. We all grow and go through phases, and just as the timeless saying states; “this too, shall pass” because only ourselves can condemn our happiness.

The road to peace is very long and trying, with many stops along the way. The absolute worst thing that we can do is assume that we deserve less then others. Nothing good ever came from self loathing, which has a lot to do with loneliness. Always keep in mind that we chose the loneliness, and it didn’t choose you—therefore, it’s entirely controllable.

Whom ever we let into our space should feel fortunate, because it’s simply not open to just anyone.

Stand tall my friend, because there are a lot of us in this world who are standing with you. 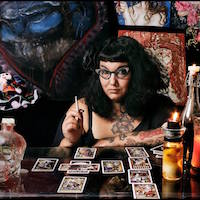