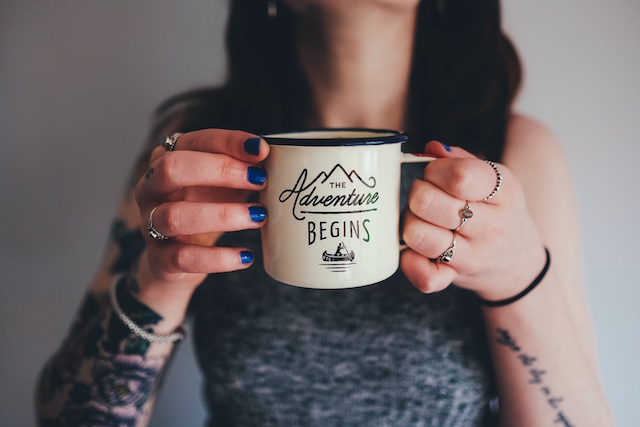 When I think of the word “adventure,” it evokes mental imagery from Tolkien. Sometimes pirates crop up, but mainly that word has a Middle-Earth tinge to it.

Visions of leaving the safety of the shire and venturing forth to save the world in the company of others equally heroic has provided many hours of delight and no small amount of motivation.

However, as much as I identify with the Hobbits and their love of home, hearth and creature comforts, I have often felt that I lacked the driving force that made Bilbo and Frodo so very exceptional. I have felt very detrimentally unadventurous, indeed.

Adventure has been something of a struggle for me and, over the last 10 years, has really become a mixed bag of emotions. As a child, the concept of thrilling exploits was like catnip and I gobbled up books with strong, daring themes as though I needed them to breathe. A little further down the road, as a young adult, the dreams of fantastic adventure remained just as strong and alluring. Up to that point, I had yet to travel and I was not then, nor am I now in any respect, a daredevil. Those two factors did not figure into my definition of adventure and they did not in any way impact my feelings about my own sense of perilous undertakings. At least, not at the time.

What finally jarred me was an occurrence with my best friend. We had been a little at odds and one day, in a pique, she looked me square in the face and despairingly declared that I was completely lacking in any sense of adventure and that it put her off. I did not want to sky dive, I am scared of roller-coasters, I’m afraid of water…these and a few other points were the damning evidence that she presented me with, and I could dispute none of those. She had traveled far more than I had and has always exhibited fearlessness about pretty much everything. In other words, the opposite of timid me.

I was floored by how inadequate I felt in that moment and how true her words felt. My internal world is such a rich one, as I suspect it often is for avid readers, that I felt tricked by my own fantasies. I lived in dreams that were clearly not as real as they had felt and all of that was shattered within a few short, irritable sentences. Because those words came from a loved one, I did not question their validity at all, and for years I would carry them with me.

In the time that passed, I made what amounted to life-changing decisions for me. Being anxious about literally everything created quite the uphill battle, but sometimes I could manage to implement a system that I found worked beautifully for me. The key was, don’t overthink it, just jump in. It sounds simple, but it’s tricky because I had to move fast or overthinking would become inevitable and the desired goal would never be reached.

Implementing that “just go for it” mentality into my life helped me get myself enrolled into school, which meant that I had to face my social anxieties and my fear of driving distances, in order to have the career that I wanted. I made new friends, gained greater independence and got the upper hand over the worst of my depression. Once I graduated, with honors, I carved out a livelihood for myself, had my first article published, learned whatever new skills came my way, sampled endless new foods, performed some public speaking, and attended whatever new events came my way. As time passed, all my experiences built up to make me stronger, confident and less anxious about approaching new challenges.

Underneath all of these victories, however, was the continued belief that mine was a plain soul, timid and inadequate.

Then, one lovely day, as I was riding with a friend to attend my first sweat lodge, she threw a glance my way while she drove and told me how much she liked my adventurous spirit. I gaped at her and, once the shock wore off, I immediately began to argue with her but she firmly stopped me. She explained that she admired my willingness to try new things and be a little in the unknown, and that she had seen me do this several times during our friendship—including my readiness to participate in a sweat lodge when so many would not try it. This gave me something to think about, and so I did what I should have done 10 years earlier when another loved one told me how unadventurous my spirit was—I actually stopped to think about it.

It wasn’t a quick process. This took several weeks of serious mulling before I was able to appreciate a couple of facts:

The first thing that came from all this meditating was the knowledge that, as words are symbols and will have different meanings to different people, “adventure” varies by the individual carrying out whatever their particular heroic efforts are. So, while adventure for some may mean climbing Mt. Everest, jumping from perfectly good airplanes or deep sea diving, for others it means facing personal fears to level up your life; it means writing a book and setting it free in the world; it means a willingness to learn and expand who you are.

When I came to accept this, my heart bloomed and the value that I placed on my accomplishments changed dramatically, which led to my final realization: I had been adventuring after all! My type of adventure may carry a low risk to my mortality, but that doesn’t make it less brave, because I am facing my own dragons.

My best friend, who is not a jerk, sat and patiently listened while I explained this, her face growing increasingly incredulous. She was appalled that I had taken those petulant words so deeply to heart since I had known the frame of mind she was in at the time, and also because she had long since apologized for saying it. My best answer was that apparently her words had struck some vulnerable part of me, and that accounted for the way I had accepted it and, consequently, redefined part of myself. My own insecurities had embraced those few words and they had nibbled at me ever since. I had to own that, and I do.

It was also a huge lesson for me that I couldn’t let anyone’s words define me, even if I believe completely in their love for me. None of us use our words wisely and kindly all of the time, and it seems obvious now that anything you are willing to accept as part of your identity should be under close scrutiny, good or bad.

I am still scared of water, heights, and carnival rides. I won’t be participating in the Iditarod, car races, or bungee jumping. I will never be the kind of hero who fights orcs or defeats evil wizards.

However, I am that kind of heroine in my own heart and, for me, that is enough. 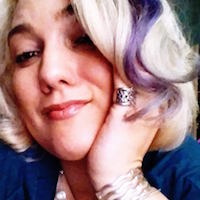