The Moment I Saw You with Her. 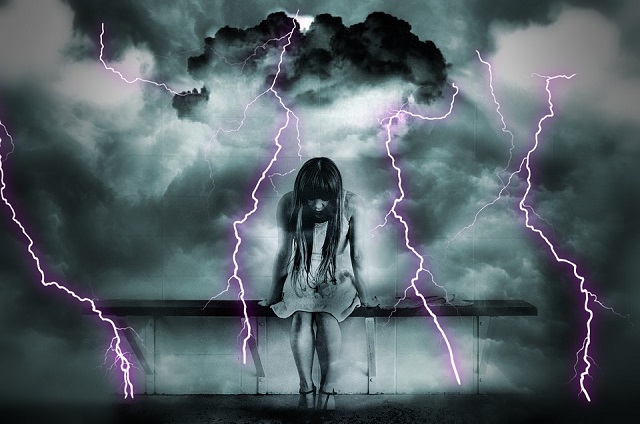 “To burn with desire and keep quiet about it is the greatest punishment we can bring ourselves.”  ~ Federico Garcia Lorca

I know that you aren’t mine, but the moment that I saw you with her, I felt like the wind was knocked out of me.

It’s not that I am yours, but seeing the way she smiled at you, froze me in place—I was unable to look away from what I’d never wanted to see.

Hearing that you wanted me to move on and seeing you actually do it are two different things.

I don’t know when you became as important to me as you have, but I do know that it didn’t happen in an instantaneous moment as the movies would like us to believe it does.

It developed with in the chaos of a thousand small moments that only had meaning once I looked back and made the choice to find beauty in the mundane.

Now it seems as though it doesn’t so much matter what I feel because I can’t have what I want—you.

Honestly, if I was able to take a scalpel and artistically carve your place from my heart once and for all—I would.

But I just can’t.

It’s not as if I want to care for you at this point, because it doesn’t bring me any sort of satisfaction, but it seems I don’t have control over it—or maybe I’ve just exhausted my ability to talk myself out of it.

I’m not supposed to care about you like this, yet it still hurt far more to see you with her than it really should have, because you ought to be just another name now—another face lost amongst the rubble of life’s lessons.

You weren’t ever supposed to mean this much to me.

Yet my heart doesn’t know any of that—and no matter how crazy I attempt to tell myself that it is—I just can’t seem to shake you.

I don’t know if it was that actually seeing you with her made it more real, or just that there was finally a face to a name I’ve known for so long—but it caught me off guard.

I thought it was possible to leave you behind.

You asked me to move forward, but not on—and I have—I have a man who is everything on paper that I said I always wanted.

Except just one thing—he’s not you.

I don’t like being honest and admitting this to myself, but no matter how much I try to distract myself from your memory, you creep in when I least expect it.

The truth is you weren’t ever mine, and I certainly wasn’t ever yours—but everything that happened between us did mean something.

It meant something to me, because my experiences with you have forever altered my life.

It’s not the great sex, or even the excitement that we would create, but it’s in the muddied fingerprints that you’ve left behind.

Everywhere I look, I am reminded that I am the woman I am today, in part so much to what I have experienced or discussed with you.

I know that I haven’t ever told you that—but it doesn’t make it any less true.

I’ve come to learn now, that at least for me, if it was just about the sex then getting over you would be just that much easier.

But our paths crossed and collided at times, and I think in many ways we both were changed because of it.

When I saw you with her it wasn’t jealousy that I felt, although I suppose many would see it as just that—but even though she has you and I don’t, I don’t envy her.

The only thing that I felt was sadness, when I saw this scene played out before my eyes—I wish I could have just blinked away instead.

I was sad because of the harsh and blatant reality that slapped me in the face, as I daydreamed about a different time.

Sadness felt like a rock in my stomach, not because of her, but because it was so easy for you leave me behind.

The truth is, maybe I was jealous—not of her, but of you.

I wished that I could forget about you as easily as you seem to have forgotten about me.

Because here I was, thinking that maybe I was unforgettable.

But apparently that isn’t the case.

Time stopped and slowed when I saw you with her, and in that instant, everything that I realized I wanted—but didn’t have—left my eyes burning as I tried to blink away the truth.

I have shopped around and tried on various sizes and colors, but it seems that no one ever fit the way that you did—so effortlessly.

I’m not saying that it will never happen, but only that it has yet to.

So even though you are supposed to be nothing more than a faded memory to me at this point, it still cut me to the core to see you moving forward in the direction that you have chosen.

I don’t believe in standing still, so it’s not that I wish we could rewind and start again—but rather, I’d hope that maybe we could find each other at some point in the future, when perhaps more sense could be made of what exists between you and me.

But seeing you with her trashed those dreams and left me frozen in place, wondering if this is what you really wanted to become of all those small secret moments that began long before the first time my lips touched yours.

And maybe it is—because for people who truly meant nothing to one another, moving on then becomes the easiest thing in the world.

When I had the opportunity to tell you just that—I faltered, and I tried to hide my feelings out of fear. Now those realizations are the only things that hold me tight and keep me warm at night.

Because you aren’t here—no matter how much I wish you were.