5 Documentaries that are Stranger than Fiction.

So, I have a confession to make: I don’t believe anything that authority figures tell me. Perhaps that’s what drew me into Buddhism.

I was always the guy arguing with his political science professor about the U.S. being a terrorist state (yep, I’m that guy).

I’m fairly certain people think that I’m crazy, and even though I might be crazy, I’m not wrong about the things that I think.

It began with reading Noam Chomsky’s Understanding Power last summer. On top of that, I watched a ton of documentaries in order to try and learn more about the world we live in. Obviously, don’t just believe anything I have to say here. Do your own research! Because sometimes the world we live in is as strange as fiction.

1. Confessions of an Economic Hitman

This documentary flipped my worldview on its head. A lot of times we are told that the free market is good for all forces involved, but we never think about the way the free market operates in foreign countries.

In this documentary you’ll watch as Economic Hitman, John Perkins, discloses the ways in which the U.S. rules the world (there is literally a job in the U.S. government with this title).

Essentially, in the third-world, leaders have two choices: Do what the U.S. tells you to or die. Economic hitmen are sanctioned by the CIA to offer millions of dollars to world leaders to do what the U.S. wants. If they don’t, those leaders end up dead.

It’s a wild ride, and one of my friends who’s been to Nicaragua actually told me that it’s common knowledge in Nicaragua that the country is ruled by U.S. interests.

This documentary will take you inside the evils of corporate America. It shows how corporations ruthlessly exploit people and resources.

They’ll give you an inside look at the authoritarian mindset that breeds in the corporate environment. You might not want to watch this film if you work for a huge corporation, but ironically I bought this film at Walgreen’s.

The conclusion is quite disturbing, and it will make anyone re-evaluate going to work for corporate America.

This documentary goes over what COINTELPRO was. Basically, COINTELPRO was a secret government program used to disrupt protest movements across the country during the late 60s and 70s.

COINTELPRO was the beginning of the surveillance state. CIA and FBI agents would harass activist leaders, write fake news stories about them, arrest them on trumped up charges, and even assassinate some of them. I actually met a victim of COINTELPRO, Angela Y. Davis.

She was giving a talk at our school, and she gave me a book she wrote about the prison system because I was quite broke at the time. She played a big part in my skepticism—bordering on paranoia—about authority.

At the beginning of this film John B. Watson is quoted saying, “Give me a baby and I can make any kind of man.” This quote stuck with me, and this film helped open my eyes to the ways our current society damages each and every one of us.

It gives a broad critique of our educational system, the work force and the way information is controlled. It helped me realize why college seemed so bland after a while. It helped me start to see just how robotic our lives can be at times.

Do you ever feel like that? Work. Netflix. Crappy Food. Repeat. This film helped me realize how much we need to unplug from a lot of the messages we receive on a daily basis.

Our society is geared towards creating a bunch of robots, and I am now doing my best to not become robotic. That will be the death of me.

Our system is largely based on fear, and this prevents people from reaching their highest human potential. More than ever we need people who are reaching their full potential. I’m terrified of not reaching mine with the small amount of time I have remaining on earth, and I think we all should be scared of that.

It sounds like some kind of pseudoscientific psychic warfare nonsense, but this film is about the ever-changing business of the way our attitudes are controlled by those in power.

It gives us a history of the way propaganda has evolved over time. It begins with how the U.S. drummed up war support for the First World War. Believe it or not Americans didn’t want anything to do with WWI. It’s not like what we were told in history class in school.

Edward Bernays, a little known man in history was the founder of modern propaganda, and Adolf Hitler actually borrowed his techniques to create Nazi Germany.

Bernays was a master propagandist, and after World War II he began calling propaganda “Public Relations.” What is public relations besides lying to make a company look good? Bernays can also be credited with the formation of the modern day advertisement which sells us lifestyles rather than just products.

If anything, this documentary helped me realize that nearly all of my material wants are a product of brainwashing.

These documentaries can be found at thoughtmaybe.com, and some are available on YouTube. History is written by the wealthy and is largely a lie.

Why not find out the truth? 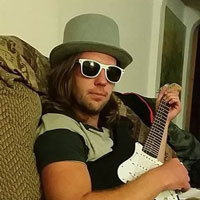