An Open Letter to Millennials for Their Contribution to Society from a 74-Year-Old Grandmother. 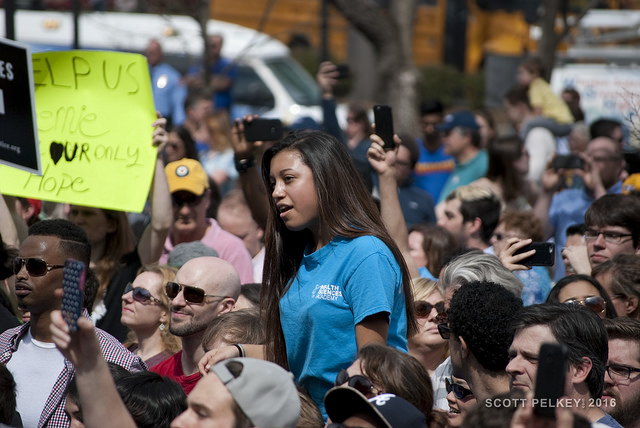 Dear Millennials—those of you I have worked with and come to know over the past several years and also those of you I don’t know:

I am writing because I am a 74 year old woman and, simply put, you have blown me away with who you are and all that you do and I wanted to tell you.

While I hear many people in my generation babbling the deprecating: “What’s the world coming to?” mantra, I don’t feel that way. I feel confident that in your hands the world will be better than the one we’re currently living in, and I am just writing to say thank you.

Thank you for caring about the environment and about homelessness, about how refugees can be relocated, about how war can be ended, and the economy can be improved, how eating too much meat is a problem for the earth, and about how yoga and meditation are really good things.

Thank you for feeling guilty about having “first world problems” and for having more than the next guy and for not leaving a zero carbon footprint.

Thank you for even teaching me the phrase “zero carbon footprint.”

Thank you for seeing the world as One World and for not even thinking about whether gays and lesbians should be married but thinking, “They’re people, aren’t they?” And for thinking the same thing about Mexican “illegals” and whether they should be sent “home.” “They are home, aren’t they?”

Thank you for being willing to throw yourselves into the fray, to tackle the problems that are in front of you, and to do it with the surety, the self-confidence, strength and emotional muscularity that comes with youth.

Thank you for being the moms and dads, single or not, who don’t care whether other moms and dads are single or not, but who care whether the kids they are raising are taught to read and to think, are given healthy food to eat and fresh water to drink, are allowed to play on any soccer team they want to play on and can go to any college they are accepted to without ending up with over $100,000 in debt.

Thank you for your influence in the world of work.

For seeing the value in digital technology and how it frees you from being shackled to the factory or the office or the cubicle.

For shunning the so-called inherent value of face-time and for believing that when it comes to one-on-one meetings it’s quality that matters, not quantity.

For valuing knowledge and experience more than formal education or certifications and for having the mindset of continual learning.

For “looking to everyone from formal advisers to fictional characters as role models.”

For seeking not merely a “work-life” balance but for seeking a “life”—one that includes family and friends, hobbies and pastimes and doing good in the world in general—as well as in the world of work.

Thank you also for what the The Atlantic Magazine refers to as your political leanings and influence.

For your liberal perspective, your “revolutionary spirit” and for being close to “ushering in a true liberal political revolution.”

For Occupy Wall Street and for Black Lives Matter and for seeing yourselves as “both America’s impoverished generation and its moral guardians.”

For your “willingness to accept more government involvement in income redistribution and universal health care.”

For valuing integrity and authenticity over political experience in a presidential candidate.

Thank you Millennials for giving me hope. Hope that the future is in good hands and that when you look at the world as it is you will not say what a mess, but you will say instead, “We’ve got this.”

A grateful grandmother and fellow citizen of this planet.

P.S.  The upcoming Presidential Election is the first one in your generation that will make up the same proportion of U.S. voting-age population as the Baby Boomers. Show the generations that have gone before you what you are really made of. You have a lot to be proud of and you can change the direction of this country in this election. Use your power.

Do one simple thing.