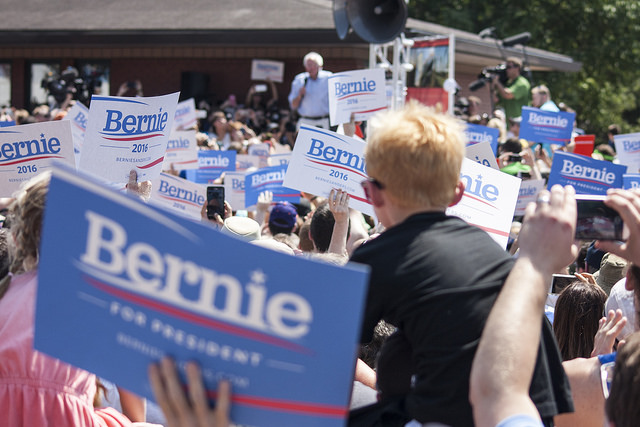 Editor’s Note: Don’t agree with this take? Submit your own here.

In American history there is a preponderance of verbiage giving praise to “The American Dream”—“the opportunity for prosperity and success, and an upward social mobility for the family and children, achieved through hard work.”

I was exposed to this message while growing up through books, television and movies, and I heard it from my parents and my grandparents. Work hard, and you can have anything!

This message is the backbone of our history, but at the same time lingering nearby is resentment and bitterness with regards to this message, because it’s now more fantasy and idealism than reality. Not surprising, because paradoxical to the American Dream, which invites us to think big (and work hard), is the more prevalent cultural paradigm, which encourages the sheep mentality of “do what you’re told (and work hard).” Unless you were lucky enough to not endure 12 plus years of institutionalized education, this mindset was forced down your throat starting around age five and maybe younger given that many parents still yield an authoritarian approach to child rearing.

Despite the propaganda, hard work doesn’t always yield prosperity and success and yet the established culture—the culture that runs the financial and political institutions of this country—still push this message. Why wouldn’t they?! It serves them to have me work my heart out for them, while they grow richer and I work harder. It serves them for me to be a sheep, and to encourage my friends to be sheep. And yet I also so want to believe! I so want to believe this message of my grandparents. I want to believe that the success stories I’ve read about can be my success story.

What kind of success am I actually looking for? Despite success often being tied to money, this wasn’t the kind of success that my grandparents talked about. Neither sets of my grandparents were born in this country. Three of them came from Germany and a grandfather from what is now the Czech Republic. None of them were wealthy, but none of them were poor. Their families had businesses. They were doing okay. What was it that made them travel across the world, to America? War was a big factor—they all came over during the regime of Hilter. A very small minority had usurped all the power throughout Europe. Their personal freedoms were being impacted through the politics of the time. It was scary. Sound familiar?

It should. The United States is currently financially and politically managed by the 1%. This situation continues due to manipulation and sheep mentality. But hold the phone because something absolutely amazing and seemingly impossible is happening—something that could actually change this cataclysmic imbalance of power. In this current election there is one person running who is not in that 1%. One person who has not be bought by that 1%. One person. This one person isn’t just running, he’s on target to win. As we all know by now, that person is Bernie Sanders.

To be honest, it’s almost unbelievable that a person not of the 1% machine could be running, let alone possibly win. But it’s happening! Could it be that our belief in The American Dream will actually serve we the people, rather than they the 1%?  Could it be that the hope and dreams this country was founded upon are what might make this dream an actual reality rather then a fantasy? It’s absolutely possible.

People—not just Republicans, but the liberalist of the liberals—downplay Berne because of his wide encompassing vision that is truly for the people. Two of my favorites are “he’s too idealistic” and “he wants too much change.”  (This was from a Wisconson state Democratic Chair supporting Hilllary Clinton.) “She wants some change. That’s what we want, some change. Bernie wants a lot of change—that’s just not what we want.”

Haven’t we been talked out of a vision of peace and inclusion for long enough? Haven’t we been sheep for long enough? Isn’t it time to try something new? Some of the biggest heroes in history created immense change because of their visions and their devotion to thinking outside the institution. Thomas Edison, Harriet Tubman, Gandhi, Helen Keller, Martin Luther King Jr, Maya Angelou, Nelson Mandela, Malala Yousafzai and so many like them had seemingly impossible goals, and the courage to stay true to their course and make things happen. Through their courage and vision, the impossible became possible.

We the people want change, and we want a hell of a lot of it. And it is possible! Bernie Sanders is showing us that a whole lot of things are possible. Running without the support of the 1%? Running a grass roots campaign for the presidential seat against an established machine such as the Clintons? Fighting against the machine in almost every way, and still be so supported? Going from 22 percent in the polls to 43 percent (and higher in some polls) in a few short months? All of these things seem 100 percent impossible—yet, it’s what’s happening right now.

“To dream the impossible dream…

And the world will be better for this.”