Discovering the Twins Within. 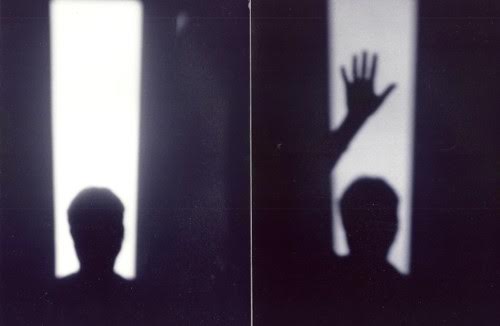 For thousands of years, we have divided the world in two: light and dark, night and day, sky and earth, life and death, sun and moon, male and female.

The anthropologist Claude Levi-Strauss proposed that these oppositions lie at the very heart of the structure of culture and myth, a dualistic cosmology at the core of all systems of belief. While I have my doubts about that, I know that throughout the world there are countless myths pertaining to “twin forces,” the “struggle between good and evil” or to divine characters that are mostly in combat (or at least in contrast to each other) forever locked in a dance of opposites that makes the world go round.

However, here I would like to consider this duality in a different way, to posit a different question: how are these concepts expressed within us? How could we discover more of ourselves, becoming more aware and more attentive to the possible ways in which our characters, our lives and our bodies manifest this binary?

And even more so, how could we think of the two sides of these coins, not as opposing or contrasting—and not even simply as “complementing”—but as elements always in conversation with each other, eternally pulsing fluidities that are each, in their own way, also divided within themselves?

I have no solid answers to this, only feelings, thoughts and personal experience.  Partly as a result of being bilingual, I have been faced with a “halving” of myself since childhood—my life has always been lived either as half-someone or double-someone, never as a unified, individual monad.

This “split” has been expressed in many ways, notably in my relationship with myself, in the interminable debates, arguments and reflections in my mind. Following on from that are my private and public selves, which I think everyone experiences. Lastly, I have always felt caught between two cultures, two histories, two lands and two languages—as if I walk a tightrope, an invisible line that requires intense and delicate balancing.

Recently, I have been reading the Tao Te Ching as an accompaniment to my Tai Chi practice. I was struck from the beginning when I read this:

“Eliminate desire to find the Way.

Embrace desire to know the Creature.

The two are identical,

But differ in name as they arise.”

The interplay between the two cosmological forces in Taoism, the by-now-proverbial yin and yang, has fascinated me since my teenage years, but it is only now that I have begun to understand it as a psychological process, as a mystical experience and as an expression of internal struggle and movement. With the help of Tai Chi, I am discovering not only the physiological differences between the left and right sides of my body, but also of the “Hansel and Gretel” brother-sister unity inside my psyche.

In many parts of the world, the birth of twins is an event characterized either by extreme disavowal and apprehension or extreme joy and celebration. It is an “unnatural” event, a phenomenon outside the mainstream that at the very least requires explanation. Twins are magical, taboo or uncanny. Why should that be so? I’ve come to think that the existence of twins acts as a mirror to our own internal duality—our psychological splitting that confounds, disturbs and challenges our rigid and gendered ideas of self-hood.

Which brings me to my twins within. I now feel them as brother and sister, two “inner children” that have lived side by side for all these years. And I have come to understand how one, the brother, has mistreated the other, the sister. How one part of me has forced another into hiding in order to conform with expectations of masculinity, in order to protect itself, to survive in the social realm as a boy or man. She retreated into the night, while he donned a cumbersome mask.

And through this awareness has sprung a desire to stop hiding—to stop pushing away and criticizing “my twin sister.” She is no longer shadow, and he is no longer light—they are both made of the same materials: flesh and spirit, mind and blood. 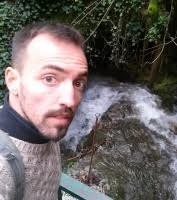