How the Idea of a Second Baby Slipped In. 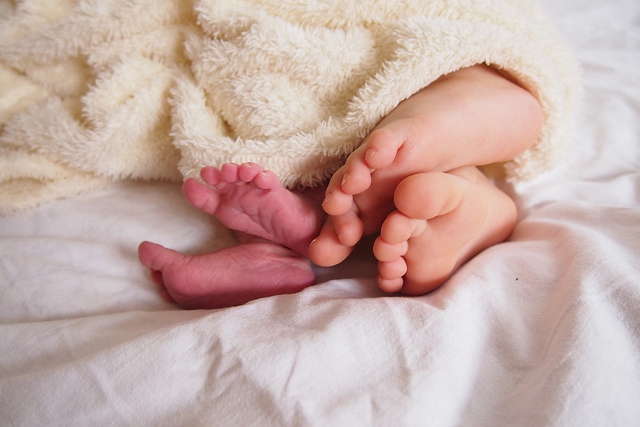 I try to live a minimalist lifestyle.

My husband, my daughter, and I split our time between two places, and both of them are small, so holding onto a lot of stuff just isn’t practical. I get a rush every time I drop packages off at the thrift store. For the most part, I have no trouble letting go.

Yesterday, I was purging. We are preparing for our bi-annual, cross-country pilgrimage, so it is time to organize all of our things into piles.

I came upon a 12-month-sized winter coat. Technically, it still fits, but we have an 18-month model. My 14-month-old is already wearing 18-month pants and shirts, so it doesn’t make sense to hang onto this coat. But it’s in such excellent condition, it’s a really good brand, and it wasn’t cheap. And if I’m really being honest, I just wanted to keep it. I found myself smelling it and touching it softly. We had some nice winter memories with that coat.

“I don’t know about this one,” I said to my husband, “It doesn’t seem right to just thrift it.” He shrugged, and I continued packing. I placed the coat in the thrift store bag, gingerly and with reservation. Then, few minutes later he spoke up. “I think we should save it. In case we have another baby.” It was nonchalant. It was practical. It made sense.

“Okay,” I said, not skipping a beat, retrieving the coat, and suppressing a smile that shocked me. “Can you go get me another box?”

I always said that if I had any kids at all, I would have two. I’m an only child, and my childhood was filled with wonderful imaginings, but as an adult I wish I had siblings. So a long time ago I decided, if I ever had one baby—which I wasn’t quite sure about—I’d have to dig in and have two.

Lying in bed after giving birth to my first child, I had said to my husband, “I’m never doing this again.” I had a natural, uncomplicated birth, but I’d never been more certain. I’d glimpsed this corner of the great mystery once, and that would be more than enough for this lifetime. Three weeks later, having slept only an hour or two each passing night, I repeated the mantra: “No more babies. Never ever.” I made an appointment and I had ten-year IUD implanted as soon as it was medically safe.

I wrote “Baby Clothes (Save)” on the side of the box. In this box I placed the winter coat, a rain jacket, a Christmas dress, a birthday dress, an Easter dress, and a Halloween costume. I let the rest of the outgrown clothes go.

I taped up the box and set it aside.

Minutes later, I went into the bathroom and discovered that I’d gotten my period. My first menses in almost two years. My first period since before I was a milk machine, before my uterus was a 3D printer, before I knew my baby’s name, before I knew there was a baby. A bright red beacon of fertility. A shimmering symbol of pent-up potency. An indisputable signal that my body is ready, my womb is waiting, and my reproductive system is officially back online.

I am both conscious of and seduced by my selective amnesia. I know that having a baby was the most violent, difficult, and painfully transformative experience of my life. And I’m not talking about the birth! The birth was one fast-paced roller coaster of a day. The next twelve months were the real test: the marathon that could break the strongest runner. I broke. I am still broken. I am still completely exhausted. But I am also beginning to forget.

I move through the world as though I am a mind that operates a body. When in truth, most evidence points to the contrary: I am a body that operates a mind. In reality, I am my hormones.

It was like this before my daughter came. A brief conversation spun itself rapidly into human form. We talked about having a baby once. We entertained the idea. I was worried about my career and my body and my life, but I also liked the idea of tiny feet. Two months later, this permission had alchemized into two blue lines on a stick.

How many months will it take for this box—“Baby Clothes (Save)”—to transform into the seeds of a new human being?

The fact remains that I have a copper piece in my uterus intended to sidestep the crimes of passion brought on by a cardboard box. So the turn-around won’t be quite as quick.

But my body is powerful. She has her ways. I can already feel her intentions spinning. She teases my eyes with tears when they see a newborn yawn. She perks up my ears when they hear a new name that I like. She skips my heart a beat when I see tiny sisters holding hands in the park. My body, as ever, is the boss of me. And my body was built to make babies.

Motherhood isn’t getting easier, but I think maybe I am getting happier. As my daughter waddles around, discovering the world with a dried banana in each hand, I am discovering the world too. And the world has butterflies, and berries you can eat from the garden, and shadows that make shapes on the kitchen floor. It is exhilarating to feel so brand new. It is bigger than the worry and the hurt. 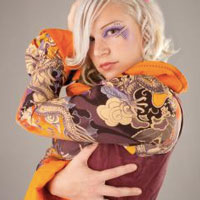