It Wasn’t Over—Hell, It Still Isn’t Over. 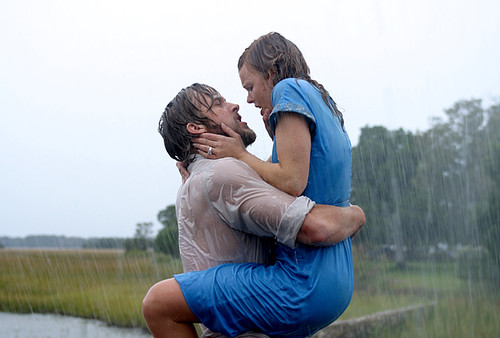 “Sometimes, we need to be apart to understand just how much we truly love each other.” ~ The Notebook

I know you and I have both said that it is over between us more times that we can count, but the truth is we weren’t over then, and more importantly, it’s still not over.

When you first came along dancing into my life like a wild hurricane I was stuck by the audacity of your spirit. You paid no attention to my ego or my fears. I was mesmerized by the way that you looked at me. It was as if you saw me more clearly than anyone ever has.

And in that moment, you had me. Maybe it wasn’t at hello, but our first kiss.

Reaching up on tiptoes, almost as if it was a dare from the universe, to see if what I really wanted was truly within reach. The moment that my lips touched yours, although brief, was enough to send electricity rippling through my body, changing each and every aspect of my soul forever.

In that moment, I stopped being who I was and instead, without even knowing, it ventured out into the journey of who I really was meant to be all along.

But we were human—and young humans at that—and like so many, we messed it up.

I said things that were hurtful because I couldn’t hold you in the way that I wanted to, and had hoped to chase you away for good. It’s difficult at times when we meet someone who touches a part of our soul in a way we never even knew possible, and though we all would like to hope that when that time comes we will be ready for it, the truth is many of us aren’t.

Even though all I wanted was you, each and every part of you, sometimes it just hurt too deeply to live within your galaxy as only a spectator. I wanted not just the stars but the sun too.

And so we came together and fell apart more frequently than the eclipses of the sun and moon, yet just as beautifully. Sometimes we knew what we were doing was wrong—and at other times it seemed that being together in those quiet moments were the only times we were actually getting it right.

But still we never actually seemed to be in the place to truly see what could grow if we both decided to stay—if we both chose each other.

Sometimes you ran and at other times I was out the door even before your heartwarming scent of cedar and longing left the tendrils of my long hair. Yet even then, I would hold the soft strands to my face breathing in the scent of you, letting my eyes fill with tears and wondering how something that felt so right could possibly ever go so dismally wrong.

But we had a lot of growing up to do—not because we weren’t adults, but because neither of us truly knew who we were and if we were using the other as a scapegoat from reality, or if we truly held each other’s heart in a way that differed from any other lover we’ve ever had.

So we both (at separate times) said that this time is different—we were truly over. Done. For good.

And you moved on into the great big world, growing as steadfast as an oak and reaching your roots far into the earth, finding what place you truly wanted to occupy in this brilliantly chaotic life.

As each day that passed, you grew stronger and more determined in your ideals, you became more confident in your words and along the way, lost the need to have anyone else agree with your choices.

You became the man that I saw in your eyes from the very first moment that I had met you.

I drifted between heartbreak and daydreams, unable to find another to replace you and the part of my heart that you had lived in for so long. I came close, and each time I met someone new I thought that maybe he was meant to show me that what I felt for you was never love at all.

Yet each time all that happened was to remind me what was so special about you—and us. If it’s possible I grew to love you even more deeply in your absence than I ever realized I did in your presence.

And maybe we will once again choose to let this go and never really give it a chance. But that doesn’t mean it’s over, or that it ever will be.

Because it’s not. All it takes is one bittersweet glance for either of us to read all that still lingers between your energy and mine.

Still when I look at you, the only thing I ever want to do is crawl across your lap with your arms around me so that I can feel your heart eccentrically beat against mine while I kiss you until we are breathless.

The reality that I’ve come to believe is that we needed to be over as many times as we pretended we were. We needed to try to move on, we needed to see what life was like with others when we didn’t have the daily reminder of each other, and we needed to build our lives.

But now I think that we have finally not only reached the place that we were destined to be all along—but I also think we’ve finally arrived in the place where we are ready for one another.

Or at least as ready as we’ll ever be for the kind of love that can change our lives forever.

Maybe we were just kids when we met, and perhaps it’s because of that we fell into the kind of love that there isn’t ever any recovery from. Sometimes time doesn’t heal all wounds, every so often it just makes it obvious that certain people won’t ever leave our hearts.

And now I know without a doubt that you won’t ever leave mine—because it wasn’t over for me then, and the truth is it still isn’t over.

I Love You, but I Have to Let You Go.