Just because He Cheated on You—Doesn’t mean He’ll Cheat on Me. 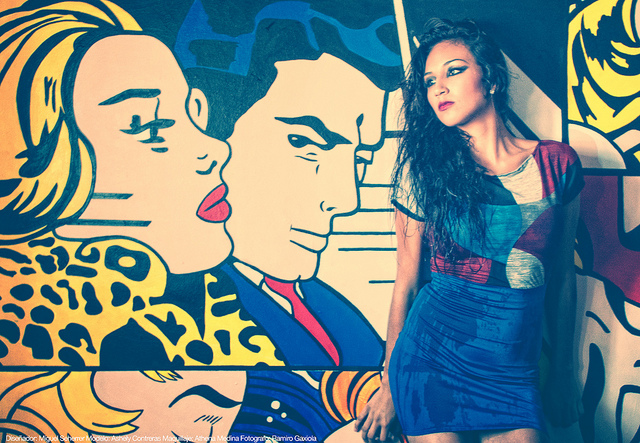 “My past is what I’ve been through, it’s not who I am. It has helped mold me, but it does not define who I am.” ~ curiano.com

I know that you and he have a bitter past that makes you question his integrity, but in my heart I know that just because he cheated on you, it doesn’t mean that he will cheat on me.

One of the most complicated aspects of a human soul is the ability to change and accept that process as well. We can’t become better or do better, if we first don’t acknowledge that at one point we behaved in a way that we knew wasn’t right for us.

I know the old adage: “Once a cheater, always a cheater”—but I simply don’t believe in that.

Those that prefer simplistic answers, while standing atop of their soapbox of indignation, don’t see how someone could simply ever change, but the fact is that none of us are perfect, and the only guarantee is that we will change. The only questionable factor is if it will be for the better—or worse.

In love, when two people come together, an irreplaceable connection is created that can never again be duplicated. Whether we are from similar areas or family structures—each one of us is unique, and therefore we can never truly have the same connection or relationship twice.

We also tend to attract what we are at the present moment, and more often than not, we have to work through our own issues by seeing them mirrored back to us—so while he did cheat on you, it doesn’t mean that he will cheat on me.

Perhaps it was a lesson he was in the process of learning, or more likely it was just that you and he—while beneficial for each other’s growth—simply had a tendency of bringing out the worst in one another. While that is a bitter truth to sometimes swallow, the reality is that sometimes two good people just activate each other’s worst qualities.

Yet these actions don’t define who we are as a person, and it is that truth I know deep within my heart, as I look into the eyes of the man that cheated on you.

I know that however he behaved while he was with you has no reflection on the man he will choose to be in this moment—except that it was a necessary precursor to him finding his way to me and this relationship we are slowly building.

The thing is, from the very first moment we met, I’ve always provided him the space to be whoever he is on any given day, and with that, the ability to tell me whatever he needs to—free from judgement, jealousy or petty anger.

Because when I look at this man, I see him for who he is in this moment—and never once do I hold a previous failure against him, because I know that he extends me this same sentiment.

Neither of us are prefect creatures, we both have made mistakes and done things that we’ve later regretted—but we both understand that we had to experience everything we did in order to bring us to this moment that we are in.

Growing up isn’t always sunshine and roses, and most of us tend to learn lessons the hard way. We learn what we want by not having it, we learn how much we care about someone by messing it up, and we learn who we want to be by behaving in all of the ways that we wish we hadn’t.

Whatever we become is completely separate from you and your experiences with him, because I am different from you, and therefore, he will be a different person with me.

This isn’t to say we will last forever, because there is never any telling. It only means that whatever we are, and whatever we develop into, is based on who we are—not who he was when he was with you.

I care about him enough to forgive his past and let him have a new beginning.

To judge him based on his past mistakes is to say that you yourself have never made any—and we both know that no matter how much we may love ourselves in this moment, we’ve all made mistakes.

Not just that, but I am not naive enough to think that we won’t continue to muddle through this life at times.

I’ll guarantee that this man will hurt me, if not break my heart at some point—I’m assuming that he will still have to battle some of his ghosts, and I am sure that at some point he will make a mistake.

The thing is—so will I.

That won’t take away from the amazing people we are, nor will it take away from whatever we feel for one another. It only means that I am accepting his past, not because he was perfect, but because I appreciate his realness and all of the lessons that he has experienced.

Because when I chose him, I didn’t just choose those parts that are pretty to look at—I chose all of him, and that includes his past.

I know that you may call me a fool for believing this, and that’s okay with me.

But this journey is mine, and no one else’s. I’m not saying that anything about me will change him, because it won’t—that’s not what love is. However, it does mean that I am making the choice to see him for who he is now and the man that he wants to be.

Not because I want to change anything about him, but simply because I care about him enough to believe in him and whatever new beginning he wants to create.

In my heart, I know that who he was will never determine what kind of man he will become.