One Important Distinction that helps us Manifest what we Really Want in Life. 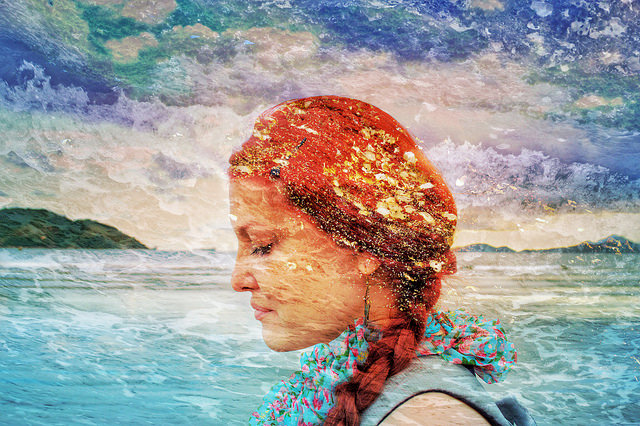 “Your task is not to seek for love, but merely to seek and find all the barriers within yourself that you have built against it.” ~ Rumi

Make fun, but recently I got reacquainted with Esther and Jerry Hick’s “Law of Attraction” recordings.

I know a lot of people think the Law of Attraction is total new age bullsh*t and maybe it is for them, but when it comes to myself, I know I absolutely draw in what I put out into the world.

And I can put out a lot of mixed messages about what I want. Which is what I get back. Nothing solid. Nothing permanent. Nothing that quite measures up to the incredible over-the-top image I have in my mind of what my life should look like.

Yes, I’m moderately successful and have manifested some pretty incredible things in my life, especially recently. But I’m a woman who believes in the extra-ordinary and and I’m drawing in just a notch below that. Not exactly up to snuff for an overachiever.

Want to know why?

Because until very recently I wasn’t even clear what I truly wanted.

I’ve been working with a few clients who have said these exact words to me in our sessions, “I don’t know what I want. I just know I’m not happy.”

And when I say be clear, I mean we have to get specific about the things we want. Saying “I want to be happy” or “I want to make a lot of money” is not going to bring what we’re longing for.

And then the universe can draw it in for you.

I know what you’re thinking. This is all woo woo bullsh*t. But I’m a fairly normal human being and I’m telling you, it’s not. It’s for real. Trust me because I’m going to use myself as an example here.

Since I was raised to be a strong, independent woman, the words, “I really want to find someone to share my life with” was something I rarely said. It sounded weak. And needy. And I definitely didn’t want to be that. Because what solid guy worth having wants a weak, needy woman?

So after my divorce I went around spouting off about how “strong” I was and how “I didn’t need anyone” and “I especially didn’t need a man because I’m capable and independent so hear me roar, people! I just wanna have some fun!”


So that happened. And it was fun.

Until it wasn’t. And it started to feel totally meaningless. And after awhile my heart began to ache for real connection and intimacy.

But what I really started to ache for was someone who really got me. Who also didn’t “need” anyone because his life was full like mine, but felt his life would be totally plussed by having me in it. And he was willing to make room for me.

So at this manifestation retreat I attended with Jen Pastiloff over New Years, I somehow managed to utter the words, “I want to manifest love this year,” half-heartedly, a few hours into the day after I had already declared at the beginning of the workshop that the only things I wanted to manifest were abundance and fearlessness this year.

Notice my total resistance to saying what I really wanted.

But here’s the thing I realized…saying I wanted to manifest love wasn’t clear enough. Because I’ve had love before many times and it didn’t last. I had to get really clear about what I wanted that love to look like.

So I got clear recently about what that loves needs to look like. And what I realized was that it had to include myself.

I have to really love myself whole-heartedly first in order to bring in the love of another person. How can I expect anyone to love me unconditionally for all that I am and all that I’m not, If I don’t fully love that woman?

But more importantly, I acknowledged that I need to take down the barriers I’ve erected around my heart if I want to draw in somebody else who won’t erect barriers against me.

Because we draw in exactly what we put out there. And when we’re unclear about what we want, what we truly want doesn’t show up.

So, seek to get clear about what you’re wanting and put your focus on that. Trust in it. Make room for it to show up differently than you envisioned—because most likely when it shows up in your life, it’s going to come at a time you weren’t expecting it and looking a bit different than what you’ve known in the past.

Which means you’re finally manifesting something far better than you’ve ever had.

And if it isn’t all you thought it would be, just get more specific about what you’re wanting. Fine-tune it a little. Then allow it to unfold. In the exact time, in the exact way that the universe…and not you thinks it should be.