There once was a time, not so many years ago, when I, like many people, possessed a kind of knee-jerk reactivity when it came to certain subjects.

Prostitution was definitely one of them.

Prostitutes, I imagined (or…had learned) lived in worlds full of pornographic darkness, drugs and violence. They were trafficked victims or had deep psychological problems.

But when I really looked at the nature of my beliefs around sexual “deviations” like prostitution, they hardly explained the deep inner hatred and disgust I felt…the literal vehemence. Somehow, I was clearly threatened. I wanted things like prostitution not to exist. And I could feel it was my worst insecurities and fears that perpetuated my judgments, and this affected the nature of each of my relations.

Which brings us to a woman named Tracy Elise, convicted of prostitution…and how social bias plays a powerful role in her case.

Five years ago, Tracy was at the helm of a six-month long undercover prostitution investigation of what was then known as the Tantric Temple of Phoenix Arizona. Officers, fully armed with riot gear and machine guns, raided the space and arrested Elise along with several other women, all whom referred to themselves as temple priestesses. Tracy was thrown into jail without trial for the following two years, her bail set at a million dollars. The same bail, incidentally, set for the Charleston Church shooting suspect. (1)

The headlines “Priestess or Prostitute?” swamped Arizona news, and it all turned into a kind of joke. After all, we all know what was going on in that Temple, right? So here’s something to consider: If we decide she’s a priestess, she is to be heralded, and the other, burned at the stake…one is dirty and despicable, the other loves and heals. However, much like race, the differences are not actually real, but created through images and ideas. Line 100 people up from white to black. Where exactly is the dividing line? There is no clear place of division but what we create within our minds.

Understand, Tracy’s case is inexorably woven into some of the most pressing and cutthroat social biases of our day when it come to sex and relationship. These biases hold us so powerfully within their grip that if one so much appears to cross the line, we’re perfectly content to quietly dismiss a woman like Tracy while she faces a potentially lifelong jail sentence.

This is how it works; we live in a culture bereft of roots or sense of purpose. Accordingly, the importance of our personal identifications and status has become immensely inflated, as these are contexts from which we attempt to grasp a sense of ourselves and create a place of belonging. Intermixed within the extremes of Western individuation, this need to belong innately necessitates an “other”… that thing that separates “me” from “them.” And this is the very foundation of Western social stratification—rich versus poor, gay versus straight…prostitute versus priestess. Bias spreads throughout society: through our homes, schools, professions, and spiritual endeavors…and ultimately, all the way into politics and social justice systems.

We have this in the sexual-spiritual healing worlds too. An allegorical battle of “priestess versus prostitute” is playing itself out within the communities of Tantra and Sacred Sex. The appropriateness of the term Tantra, where a focus on sex work is involved, is a heated topic. Each of the various schools are threatened and offended where clear lines of structure and definition are demanded in places that are necessarily ever evolving and elastic.

And as news of the Phoenix raids came to light, the bulk of western Tantrics, in order to uphold their personal ideals and image, turned away from Tracy and her case. A woman who calls herself a “Tantric master” even spoke out against Tracy on a major news channel in her effort to “protect Tantra’s name.” (2)

I know this argument well. Played it out myself for years. But at this point I feel a bit snarky and have to ask; if Tibetan Buddhism can survive a murderous Chinese invasion, could any real Tantra survive America’s penchant toward weekend workshops and sensual massage?

Anyway, it’s not that there’s no validity in the argument that western tantra isn’t truly tantra. It isn’t. Yet at the same time, the two nevertheless go hand in hand. This is indeed the very reason for the famous erotic carvings of the tantric temples of Khajuraho. The seeker observes these statues, and must meditate upon, at times even enact, the scenarios that attract or repulse him until no disturbance remains. When and if the time arrives that each statue is merely another piece of concrete for the seeker—no disturbance whatsoever—then he is considered ready to enter the inner temple for ritual and deep meditation. The second stage necessitates completion of the first.

The equivalent of our statues are western tantric temples; safe outlets for the seeker to prepare for a more traditionally based Tantra, or in western terms, the seeker has moved through and healed his deepest wounds, desires and fears. Western tantric temples are the outlet for those less inclined or disillusioned to our standardized therapeutic models.

In other words, we need them.

So while Tracy’s community—clearly absolved from any similar behaviors—turned away from her in an inane focus on protecting the look of the gates rather than the garden that thrives beyond them, public opinion followed, and a woman whose life mission is to open the gates to sexual exploration and expression for all now sits behind bars.

I never visited the Temple in Phoenix, yet in my initial stages of spiritual exploration I too offered neo-tantric sessions for several years. The experience was not only a profound fulcrum point within my personal evolution, but just as much so for many of my clients. Many tears were shared and shed on both sides, physical ailments cleared in ways that even I couldn’t grasp at the time, and to this day, almost a decade later, I still receive gorgeous letters of gratitude for these experiences. Considering our social beliefs and images of what goes on behind Temple doors, it is the greatest irony that it was here that I made my first strides toward inner strength and empowerment in my own abilities and discernments.

In my own curiosity of the flavor of what went on in Phoenix, I reached out to someone who had been directly involved. Here’s what she said:

“…over the years, I have experienced the beauty of watching my clients heal. I once had a client who was grieving the loss of their daughter in a car accident. I’ve bore witness to his release of heart-wrenching grief while silently holding him. He came to me seeking sensual bodywork, but what he needed was to feel that. That was the extent of our sexual experience. It was emotional and wild and deeply connected and it changed him. I’ve had many clients who haven’t been touched, lovingly, by anyone in years. I’ve witnessed the layers of their self-loathing and sadness melt away under the warmth of my hands. There are so many countless stories but what I want to say is that people’s ideas of what this work is all about are not always accurate. I guess what I’m trying to say is that my experiences don’t line up with the public opinion that all sex work is victimizing or like cold-hard porn behind closed doors for cash. I think that it’s time that we inquire more deeply.”

Clearly, within the West’s version of Tantric Temples, money is offered and sexual exchanges may, at times, be made. So does this mean that such Temples are not, therefore, filled with priestesses and healing, but only the “wrong,” “dirty” and illegal behavior of prostitutes? Do these divisions truly make sense? What are we really afraid of?

We live in a patriarchal age that demands everything be structured and defined into neat, safe, controlled little boxes. It is an infuriatingly limited framework of life that pretends its black and white structures are somehow more real than life itself. But Tantra—neither East nor West—doesn’t fit under these rules. They are innately flowing, jumping walls and crossing social boundaries.

They are innately feminine.

My hope is that all the more practitioners will begin to recognize these places of bias within themselves and work toward opening their hearts so we may all come together to loosen the stifling fears that serve as foundation to keep deadened and obsolete patriarchal rule and enforcement in place: that which keeps us separate, controlled and competitive via our psychological chains.

Tantric Temples are some of the last remaining spaces where feminine nurturing, healing capabilities and innate power are recognized and honored. It is where woman can discover and share Her true place as guide, rather than subordinate to the patriarchal mind.

“Please don’t let pornography and sex ed be the only thing people have.” (3) 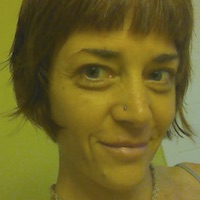