The Incredible Thing a Homeless Guy Did to Pay Back $20. 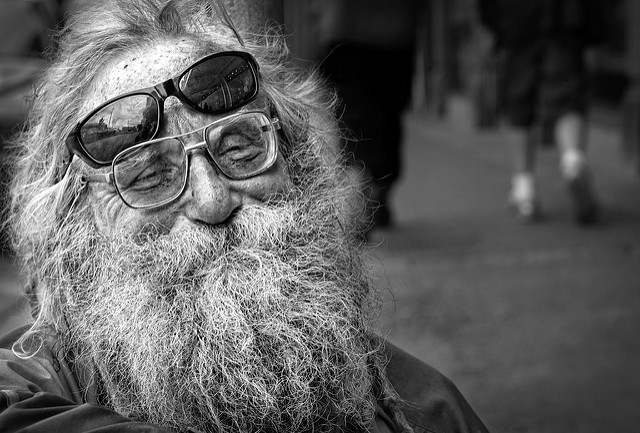 Oh geez, I thought. Here comes another guy with his hand out. Don’t look at him. Don’t make eye contact.

“Excuse me, ma’am. Excuse me. Please. Could I just please talk to you for a minute?”

I didn’t want to listen to him. It was a typically cold San Francisco morning. All I wanted to do was go in the restaurant where it was warm and have breakfast.

Go away. I thought. You don’t have enough clothes on to be out here in this weather. Can’t you just go away and take my conscience with you?

“Please ma’am. Just listen to me. Just for a second.”

The voice inside my head was saying ugly things about the man. He’s lying. He just wants your money. He’s dangerous. The voice’s hatred and fear was speaking way more loudly than the man standing in front of me was.

Wait a minute. Where had all my so-called compassion gone—right down the drain with the San Francisco fog, that’s where.

“….and the hospital let me out ahead of time and now I don’t have a room until tomorrow.”

He stopped mid-sentence. “I’m just trying to raise $8 so I have a place to go today.”

“Please ma’am. Anything will help. I’m not lying to you ma’am. Honest. I’m not.”

But in the end, after listening to his story, including his name (which I immediately forgot), and where he was born (somewhere around there) and something about his mother playing the oboe for some symphony orchestra (which made me think he should be asking her for money instead of me) I gave him the $20.

It told him everything he wanted to know and said goodbye and he thanked me and I went into the restaurant where I could hopefully pay for breakfast with my credit card.

About a half hour later though, just before the waitress came with the bill, he came in the door and spied me at my table.

“Excuse me, ma’am. Could you just listen to me one more time?  Just one more time and then I won’t bother you again.”

I have to admit, I hoped it was true, that he wouldn’t bother me again.

He took a piece of paper out of his jacket—the same jacket that wasn’t warm enough for the weather, the same one with the thin t-shirt underneath that he was wearing out on the sidewalk—and held the paper up in front of him.

His fingernails were black and his fingers were red and chapped. His hands shook. He told me it took him longer to get that piece of paper he was holding up in front of him from someone on the street than it took him to get the money I gave him.

He laughed. He was nervous.

Then he read me his poem. Actually, he “delivered” it while standing right there at my table.

The poem was about me. It included all of the information he had asked for. He’d heard every single thing I’d said. He hadn’t missed a thing. He even got the spelling of my name and remembered my husband’s name.

“It’s just my way of saying thank you, ma’am,” he said when he was done.

I looked him in the eye.

“All I did was give you $20. Twenty dollars was easy to give. Way easier than listening.”

I reached out to him and we looked at each other and shook hands and smiled.

Here is the poem:

“The Craigslist Love Song (The Heart of the Matter)”

Craigslist has so many desires to be acquired

All in different headings

Romances take charge in the city of San Fran

Maybe they are inspired from the start

Eager, it goes beyond the origin of how it was conceived, straight to the heart

Now you both have achieved a friendship so strong

Easy to see why you fell for each other

Dave, I say this would make a really cool song

All about love at first glance

Vicariously so many never find their mate 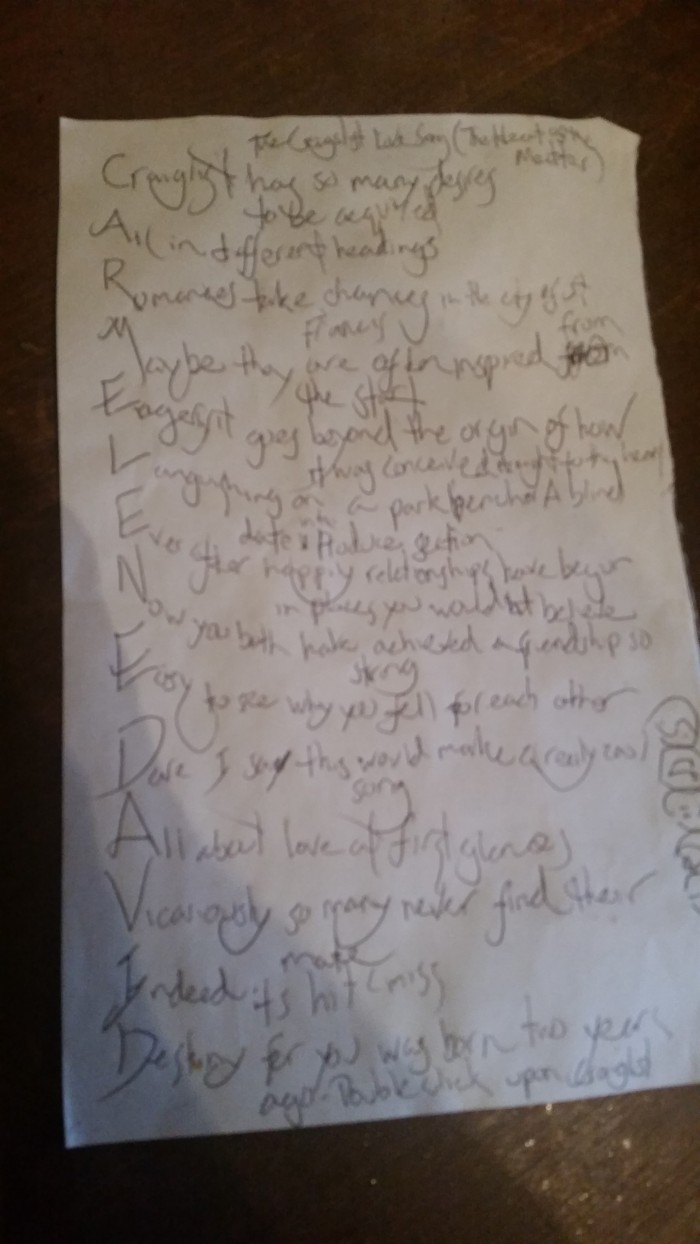