The Unexpected Results of Choosing Kindness. 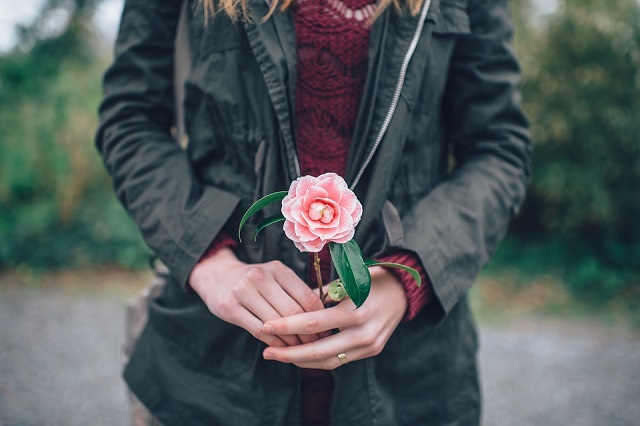 I arrived to the Bangkok Don Mueang Airport nice and early to make my first venture to India run as smooth as possible.

This would be my first time visiting India and I was traveling alone. I was feeling anxious and didn’t want an airport hiccup to add to the stress. I was both excited and nervous, but my yoga teacher brain reminded myself that these emotions feel the same.

So, I convinced myself it was all pure excitement.

I entered the airport proud of my early arrival until I saw the line or should I say lack of lines. In Thailand when you arrive to the airport it is required to put luggage you plan to check through an initial X-ray machine before heading to the check in desk. Getting my luggage on that X-ray machine was only the first hurdle in this process.

There was absolutely no system nor order at the check in desk. People mobbed it as if it were a stage at a packed concert. There was reaching and pushing it was in complete chaos. Several flights were scheduled to go to India from this specific airline and I felt as if I was getting a taste of what was to come in the actual country. My shoulders became tense and the stress was creeping back in. I wondered, “How will I get anything done during my one month stay if I am always last?”

Not only that I was one of the five females amongst the crowd and the only person that was clearly not from India.

My nontraditional garb made me stand out like a sore thumb.

I got anxious and very uncomfortable at the thought of being the last person to check in because everyone was cutting the “line.” I waited for 10 distressed minutes that felt like ages. I was watching people completely ignore me and push in front of me.

As time passed, I moved further and further from my goal of checking in.

I feared that my early arrival wouldn’t make a difference and that I would miss my flight if I stayed where I was. I decided to take matters into my own hands and investigate other options. It turned out just on the other side there were more counters for the airline with clear lines that were even roped off—I was in Westerner heaven!

Never in my life did I think seeing a line would bring me so much joy and relief.

With an ear-to-ear grin, I blissfully joined the queue. Now there was a system and I would get my fair turn. I was behind a young couple and as happy as could be when suddenly I noticed someone come beside me and place their luggage right next to mine. Then both the newcomer and his luggage moved directly in front of me.

He had come from the mob and it did not look like he had intentions to follow the order of this line.

I felt a quick shift in my energy once again joy became distress. I was about to do what my western brain thought was right and stand up for myself by voicing that I was in line first, but instead I had a moment of pause.

I reflected instead of reacting.

I considered what the worst case scenario would be if I said nothing, one extra person would go before me, that isn’t so bad it’s definitely not something to spoil my mood about and a huge improvement compared to the mob I was just a part of. I considered what may happen if I reacted the way I was conditioned to, which was to demand my fair place in line, this was far more risky with a high possibility of cultures clashing and things getting ugly.

I decided to take neither of these options and chose to be kind instead.

“Hello where are you going to in India?” I warmly asked the man in front of me. He smiled and replied, “Bangalore.”

This led to a wonderful chat about, India, his native country.

Once we got to the very front of the line, lo and behold he insisted I go first. My happiness was restored from the moment I said hello. I instantly felt relief when I let go of the hostility inside. In the end I got a more positive outcome than I could’ve imagined. I got to check in first, the wait in line flew by due to our lovely conversation and I got insider tips and suggestions on things to do during my stay in fabulous India. The wrongdoer became a friend because I chose kindness.

“Be kind whenever possible, it is always possible.” ~ Dalai Lama

Talking to Strangers: Sometimes, the Unspoken Story is more Important. 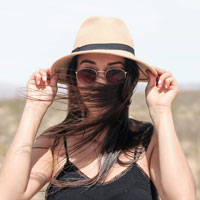