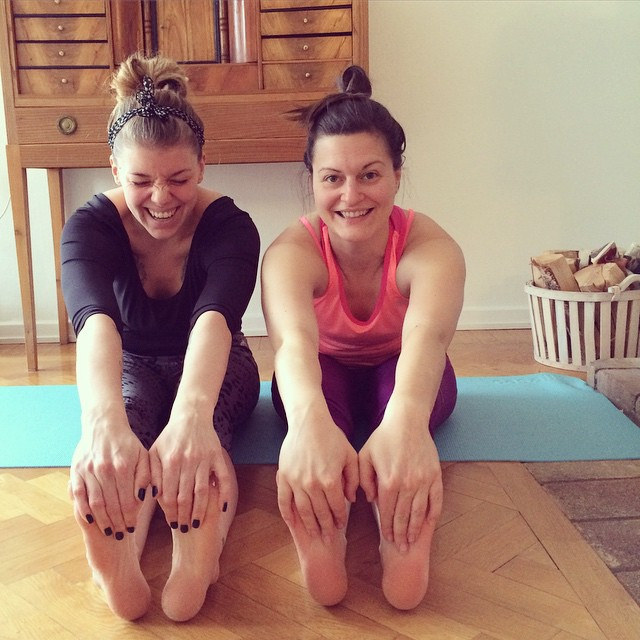 I decided to try it, partially out of curiosity. I had just moved to Vancouver and I was in awe of the city and its abundance of beachcombers, rain boots and, most of all, yoga studios. It seemed like there was a yoga studio on every street corner and that every person was equipped with stretchy pants and a yoga mat in tow. Yoga was everywhere and it captured my attention.

But, looking back now, I think yoga came into my life as a blessing. At that time, I was struggling with a lot of painful and personal issues.

Starting at a young age, I struggled with low self-esteem and a negative self-image. I was obsessed with trying to be like the girls and women I saw in teen magazines and on television, who had small waists and were undeniably beautiful with their curled hair and long eyelashes. I saw these representations as a reflection of myself and thought this was normal, this was how I had to be.

It turns out, trying to fulfill these expectations can have some extremely damaging consequences.

In 2008, at 20 years old, I was battling depression, anxiety and disordered eating issues. I was ashamed of the person I was and of my body.

It was a good friend who encouraged me to try yoga, which she said would help me confront my issues. This took a lot of convincing. Although I had always been curious, I could never seem to get myself through the door of a studio because I was self-conscious—but mostly afraid. I was afraid of being judged for not being the most in shape, flexible, or physically good enough at doing the poses. I was also skeptical. How could stretching and breathing be the answer to my issues? Yet, somehow, I found myself entering a yoga studio with a mat slung under my arm.

The first time I stepped onto my mat was a life changing moment. There was a unified sense of welcome and belonging in the calm of the practice room among men and women of different races, backgrounds, shapes and sizes, and it was such an odd feeling to be in a place that felt safe and free of judgement. It was also the first time in a lot of years that I truly became conscious of my body. For a long time I had seen myself as imperfect, but as I began breathing and moving I realized how strong my body really was. It was the first time in a long time that I felt contentment in just being myself.

Over eight years later and yoga has not only become part of my daily routine, but ingrained in every aspect of my life. The most important lesson yoga has taught me is to overlook the damaging perceptions I once had about myself and find the acceptance and respect for who I am as a person, and as a woman in our society and world.

I have since become passionate about encouraging other women to embrace their true and authentic selves—and using yoga as a catalyst to do so.

I’m so passionate about it that I dedicated two years of research and a master’s thesis on how yoga can help women transcend from damaging and limiting beliefs in Western society into more positive and comfortable perceptions about their self, image and bodies.

On a personal level, my thesis topic is deeply significant to me because through my own yoga practice I have developed a more healthy sense of self, a self I finally feel comfortable and at peace with. However, I never expected to learn how significant it has been to others as well.

I had the opportunity to interview over a dozen women for my study. All were from across Canada, varying in age from their early 20s to mid-50s. All came from different backgrounds and ethnicities, with different passions, goals, interests, careers—different lives.

Talking with these women, I learned such humbling and eye-opening information. I learned how common feelings of dissatisfaction and negativity toward aspects like self-image and body-image were among women. All admitted to feeling unhappy and dissatisfied with their physical appearance and bodies. All admitted to feeling pressured to conform to societal expectations such as being thin and adhering to female gender roles like feeling pressured to marry and have children.

Yet, I realized two very positive and important things in my research: all the women I talked to were bonded by a passion for yoga, and all by the belief that yoga has helped them create a more happy and comfortable perception of themselves in a society that otherwise has some very contradicting ideals and beliefs about women.

One story in particular resonates with me.

One of the women told me about the first time she ever did reverse warrior pose and how it was like a euphemism for literally reversing all the negative ideas and feelings about herself. She talked about how her instructor cued her through the pose, instructing her to breathe and acknowledge any negative feelings that came up. She told me how she was tired, trembling, wanting to straighten her leg, distracted by sweat and the need for water. She remembers feeling weak in that instance and how moments about her day suddenly started flowing back into memory. She had been trying to lose weight for her daughter’s wedding and the scale told her that morning that she had gained 10 pounds. Getting to work later that morning, she found out that she wasn’t going to get the pay increase she had been hoping for at her job. The pay increase went to her co-worker instead, who she believed was prettier and more capable. For the second time that day, she felt unattractive and inadequate.

Going back to yoga again later that week, her instructor told her again to acknowledge her negative feelings in order to realize that she is more than what she feels. She remembers somehow being able to find the strength to bend deeper to grab her calf, something she had never done before. There, her feelings changed. She felt strong.

She remembers her instructor guiding her out of the pose, telling her to repeat a personal mantra to flow out of it. Her mantra was: “I need to be easier on myself, because I’m the most perfect version of myself.”

This mantra is one that all of us should have, because it’s so true. And, I think this is perhaps the biggest and most important lesson that my own experiences and research have taught me.

And this is possible—all we need to do is step on our mat. 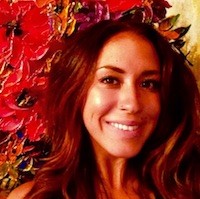