I Never should have Fallen in Love with You—But I Did. 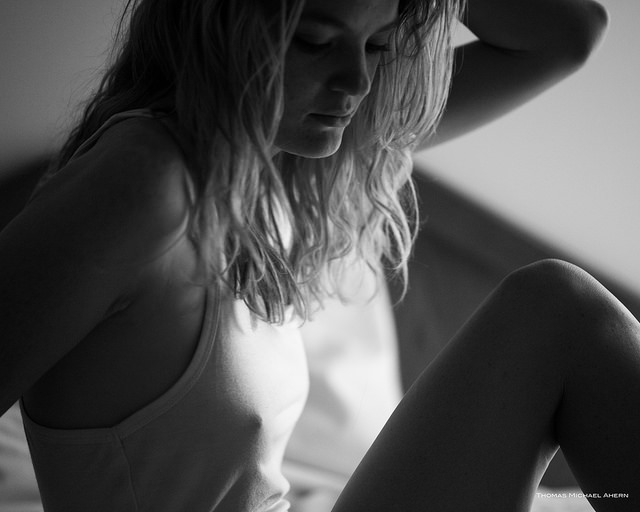 “There are some thoughts you can’t avoid and some feelings you can’t deny.” ~ Wordporn

From the very beginning, I knew that I shouldn’t let myself fall in love with you—but somehow I ended up ignoring my own heart, and I did anyway.

You were wrong for me in a million delicious ways—or at least I told myself that in an effort to not catch feelings.

I never wanted to be here in this place of loving someone who doesn’t love me, yet despite how much I had tried to make it so that never happened—it did anyway.

It’s not as if you made it easy, and in truth, maybe I should have just stayed far away—but like a moth to a flame, I just never could seem to resist you.

There was always something different about you, and for a long time I thought it was just the superficial skin deep differences, but now I know better. Now I know that it’s something much deeper, it’s a soul connection—regardless of your skepticism about such things—and that is why I just couldn’t help falling in love with you.

I knew you’d probably break my heart, because despite how wrong you were for me, I was even more wrong for you.

We both know that you should never fall for someone like me, which is why despite my feelings for you, I told you to not fall in love with me—because as long as you didn’t love me, neither of us would ever be forced to deal with how to make it work.

I don’t think either of us believed the world would be ready for us.

You were always the stronger one, the one to be able to step back when it was getting to be too much and to keep it casual and easy—but I was the one who felt everything for both of us.

At one point it was almost as if you spun a web with your intoxicating words and lips that moved like sweet sugar over all of my wounds, pulling me back in just when I thought I had broken free for good.

But now I wonder—which of us was really spinning the web.

Perhaps it was one that became spun by both of our actions, because maybe it’s harder to let go of a love that we know we shouldn’t have yet want all the same.

Not that it’s the idea of “the forbidden,” but when our hearts and our heads are constantly at war, it seems that the battle is never really over.

Even now—I’m not entirely convinced that it is.

In some ways it almost seems as if you are running away, trying to cut loose those last few silken shreds of connection that may still run from my heart to yours. Perhaps you will succeed this time, and soon I will be nothing more than a faded memory of a woman who loved you more than you were able to believe you deserve to be.

Or maybe our paths will lead back to one another.

Part of me wishes that I could brush you off as easily as you have me, that with the toss of my hair and a few flirty text messages to a prospective new man, I could forget all about you and the mountain of bittersweet history that has accumulated under our feet.

But that was never my style, and we both know it.

I told you from the start, one of my biggest flaws is my loyalty. Once I can truly see someone and am able to understand their actions—even if I don’t like or agree with them—I am theirs. It takes a lot, and probably too much at times, for me to actually get up and walk away for good.

That is probably just one reason why I have never actually been able to close the door on you—and with it, the possibility of us.

What struck me to my core is how different it had been between us recently—something had shifted. We both acted differently and danced around the beats that lingered between us to a different rhythm. I never expected anything instantaneous, because I knew without you even saying anything that you were still on that journey of figuring out everything you didn’t want, in order to learn what you do.

But I had hoped that maybe, eventually, you would have come to the conclusion that it was me that you wanted—and that maybe everything that had ever transpired or been said between us would suddenly make sense.

At one point you asked me, “How would you ever be able to trust me after everything?” At the time, my answer was, “I don’t know, maybe I wouldn’t be able to.” But now I know that’s untrue, because the truth is, I would be able to trust you if I wanted to—if I made up my mind to do just that.

These emotions and feelings don’t truly have a life of their own, unless we give them permission to grow. So maybe somewhere along the way I’ll have to admit that I let myself fall in love with you.

But now I see that instead of that, I got just what I asked for—you not loving me.

So maybe I never should  have fallen in love with you—but I did, and now I just don’t know where to go from here.

Because how do I end something that never really had the chance to begin?