During Einstein’s time black holes were not confirmed, although he was edging closer to the discovery.

Now it’s common knowledge that black holes exist, and it’s been shown that they’re found to be at the center of every galaxy.

Now what does this mean, exactly? It shows that every part contains the whole. If the essence of a galaxy is found in every atom, right down to its black hole core, then reality is mirrored on the molecular and universal levels. This omnipresent energy found in everything from babies to stars is arguably the “discovery of god,” as Haramein puts it.

Using the Unified Field Theory and breaking up the world into “big stuff” (space, time and gravity) and “small stuff” (everything on the molecular level) Haramein has found that the gravitational field is not one smooth entity as was previously believed, but is rather made up of particles, or “small packets of energy,” as Haramein describes it.

This small finding has huge implications because particles can be manipulated. If we can control the gravitational field, how we source energy and fuel could drastically change, even as soon as the next decade, according to Haramein. And not only energy efficiency, but space travel could become a reality far sooner than we generally think.

With so much new age jargon buzzing around, the idea of connection and unity can fall kind of flat, but Haramein’s theory brings us a step closer to connecting the ancient philosophy of unity and oneness with hard, scientific principles.

“We are all participating in a field of information. The universe is talking to [us] through trillions of protons…so as part of the mechanism, we are part of the whole.”

For anyone wishing to learn more about the science behind why and how we’re all connected, and how close we are to manipulating gravity, The Resonance Project Academy offers programs with supporting research and references accessible to adults and children alike.

As Haramein concludes, “It’s critical [that we] be able to listen [to the universe] and feed information back [in order] to be the best we can be and make the most difference in the world.” 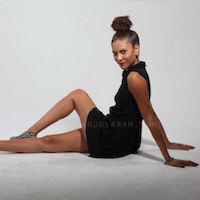