Why We Must Study Love with a Capital “L.” 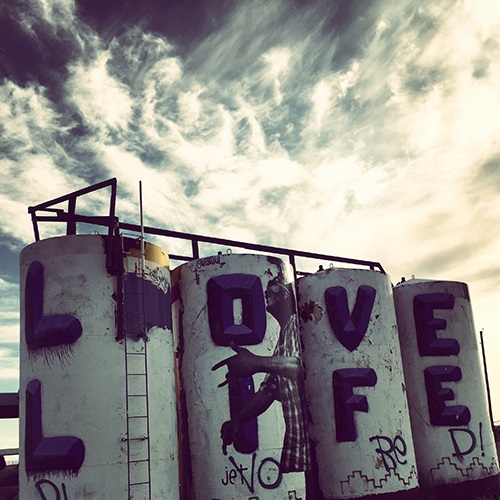 “Without love we grope the tunnels of our lives and never see the sun.” ~ Jeanette Winterson

When I was asked what my thesis as a writer would be in grad school applications, my answer was “Love.”

It is the only thing that ever held my interest, first as a young romantic and later as a budding spiritualist. So I told the admissions panel, “I want to study Love with a capital “L.””

I told them I want to be a paleontologist and excavate the bones of it. I want to mine so far to the core of love that I can offer a complete fossil record of its evolution. I want to tell the world where we came from so we can know where we might go. I want to prove what we used to know, but have long since forgotten: that we are here to swell the heart.

And after digging it up, I want to put love under a microscope and dissect it; cell by cell, atom by atom. I want to see what it’s made of and what it’s not. I want to discover some tangible evidence of its truth and power, something we can measure in graphs and numbers, not just gut feelings—because who trusts intuition anymore?

And after I measure it every which way, I want to publish the results for the world to see. Results so profound my colleagues will cheer, “Ah ha! She’s right! This love scientist is so right!” Results so cutting-edge, my enemies will conspire to stop my studies.

I want my findings to be climate change for the heart—revelations that will strengthen the radical and threaten the usual. I want the government to fear me. I want corporations to fear me more.

Then I want to visit love as an ethnographer. I want to study the tribes that live there and compare them to the tribes that do not. I want to take meticulous field notes and, upon returning from this mysterious foreign land, compile a report that inspires other scholars to take love as seriously as I do.

I want to bring back information so rich, that I am forever gifted grants to return and simply sit in a room with love, just to come back and tell the whole world what I saw.

I want to give you the tools to go there once you’re brave enough to risk it. I want to encourage you to always risk it.

And after all that, after excavating and dissecting and observing and mapping love, I want to profess it. I want to share Power Point presentations in university classrooms brimming with students hungry for heart-meat. I want to spend my days teaching everything there is to know about love, and then speculating on the unknown. I want to warn young hearts of love’s enemies and excite them about its joys.

And finally, the big grand goal: I want to persuade the not-yet-jaded scholars to join the army, to join in on the study of love.

Rabid gun shootings, chronic war, severe socio-economic inequality, environmental pillaging, media psychosis, a legitimate chance of political upheavel—this is what we awake to each day. Fear has become our collective cancer. I’d be a fool not to wonder, why aren’t we studying the cure?

In a world dying from fear and all its manifestations, why aren’t we studying love?

Love is our intended orbit and there isn’t any point in wishing for a nucleus less hot, despite what people say: You’re getting too close, you’ll burn, watch out, be careful, don’t go there. It’s risky and tricky, this heart of ours.

Society tells us these things, if not literally in words, then with the stories they spin, the drugs they push and the gadgets they promote to keep us from thinking too much. The quiet, reflective time it takes to reach our creative, spiritual human potential and change things for the better is being high-jacked from us by inherited social and mental and fiscal debt, by systems so calculated, so intentional, so meant to keep us stuck in mediocrity for life.

Didn’t you know? They tempt us with glitter to keep us lackluster.

And now they’re going to say I’m being a harsh, tempered critic. I’m being young. It’s time for me to calm down, because, uh oh, I’ve showed an emotion and they’d like to prescribe me something for it, wouldn’t they? Because passion is to be feared, isn’t it? And for so long we have feared it obediently, and they’ve been pleased.

But here’s a wake-up call to my generation: we have become lukewarm lovers and parents and friends.

We’ve strayed from our nucleus. We’ve strayed from the warmth of love and toward this frigid, hollow tunnel of a place, and they did it when we were young and defenseless. While it may not be completely our fault, it is our generational challenge to overcome. This is our inherited fight now—we have to own it. We have to stop bitching and start collaborating.

Now is our time to push back. And yes, it is that urgent: our planet is stressed, our collective psyche is stressed, our bodies are stressed, in so many ways we are on the verge of collapse. If we don’t want our children living in a mental and environmental wasteland, or worse, facing inevitable extinction, things have to change. And they have to change quick.

How do we start? By studying the one thing that grants us immunity: Love.

Because in an America heaving with barely-beating, tepid hearts, staying fiery and studying love, becomes a revolution. And embodying it becomes the solution. So I am resolute—now more than ever—I must study love.

Risk and all, we must. 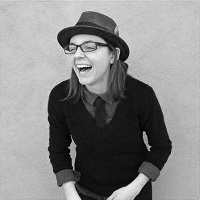