This is How we Bravely Step Into our True Worth. 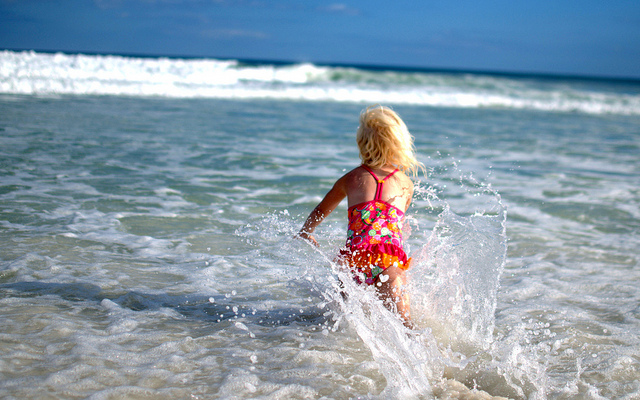 It seems to go up when my writing is praised or gobs of students show up for my yoga class. It plummets when my teenage daughter accuses me of not caring enough, or when the credit card bill reveals my mindless spending.

But this fluctuation is a myth. Worth is intrinsic. It exists inherently in each of us. It can’t be added to with accomplishments, possessions, our relationships or by holding a perfect handstand. It can’t be taken away by mistakes we make, the number on the scale, by words or even by fists.

We are born with it. And when we arrive into the world, our sense of it exists without question. So what happens?

In the words of Terry Real, therapist and founder of The Relational Life Institute: “We hold ourselves the way we were held.”

If we were held with harshness, we are likely to be harsh with ourselves. The same holds true with any flavor of holding-—neglect, indulgence, over-importance. If our holding was conditional in any way, learned our worth was, too.

It doesn’t matter why we were held that way. This is not about bashing and condemning our upbringing or our parents. (Inevitably, they are responding to the way they were held.) It’s letting go of the rationalizing and denial to allow whatever was true for us to simply be true.

I was born premature and spent the first eight days of my life in an incubator without human touch. I was fed on a schedule, not in response to my cries of hunger. I learned that my voice wasn’t heard—that I was dependent on others knowing what I needed and that if I were going to be soothed I would have to do it myself. It doesn’t matter that all of this was with the intention to save my life. It doesn’t matter how much my parents and caregivers wanted what was best for me. My experience was one of isolation, of not being heard and devoid of contact.

This is how I was held. How were you held?

No matter what our experience was, we’ve learned to adapt. As kids, we were not capable of independence. To survive, we acquired very effective skills to protect ourselves. Those adaptations stick with us and we continue to rely on them. (Even when it’s no longer necessary.) Some of us avoided being berated by not being noticed and hiding—or became hyper-vigilant to gauge a caregiver’s mood. Others over-performed to collect accolades and approval. Some begged, “watch me!” in hopes of being seen. If love and acceptance were at all tenuous, we lost touch with our inherent worth. We learned that we could be less valuable than other people. And we learned we could be better than some. We learned to measure, compare and prove. We abandoned our true nature to accept, connect and be.

That every single being is equally worthy. Every single one of us—and that we are all connected.

We need to find our way back to that. By holding ourselves in kind regard. By inviting kindness and warmth to be a no-matter-what constant. I have spent my entire life aching to be seen and heard. To feel real. We all long for worth. And this longing is insatiable when sought externally. Because it’s not something that can be given to us or earned. It’s something that needs to be reclaimed because it’s already there.

Is there someone (human or furry) who you have a very uncomplicated relationship with? Who you hold in loving kindness regardless of their behavior? Someone who makes your heart swell no matter what? I have a 13-year-old yellow lab who I adore. I can’t imagine holding his essence in anything but warmth. Over the years, he has chewed the moulding, eaten sticks of butter and dug holes in the yard. And although I do not condone these choices, my regard for him does not waver.

No matter how hard we try, we cannot convince ourselves of worth. We need to show ourselves by holding our own essence in the same way we hold this being. Next time you find yourself sinking to less than or rising to better than, try coming into warm regard with the following practice:

• Notice what’s happening in your environment.

• Approach yourself with curiosity by tuning in to body sensations. Feeling what emotions are present. Bring awareness to what is present without judgement or need to change it.

• Ask: “What is making itself known? What needs to be seen, heard, felt?”

• Actively listen with your full attention.

• What do you really want?

• Is there a way to help, care or nurture yourself?

In this way we hold ourselves the way we were meant to be held. With attentiveness, respect and loving care. We become real. And when we do this, we tap into the worth our souls already know. And from that place, we remember we are all one, all worthy. And it is impossible not to hold all beings the same way. 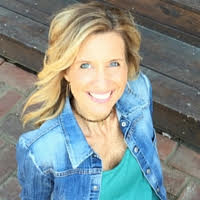