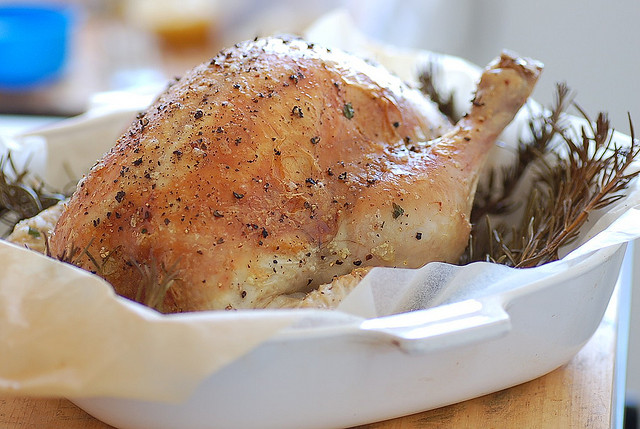 “Don’ta go near those’a cellar stairs!” someone shouted just about two seconds before I put my hand on the door to the cellar, opened it, and stepped into the unknown.

On the way down, each step bumping me here, there and everywhere, I had the thought that falling down the cellar stairs wasn’t so bad as they all made it sound.

I could tell. I was going to be fine.

And I was. My father came running down though, picked me up and carried me back to the top.

“Look, she isn’t even crying,” they all said.

I was five years old. We were having Sunday dinner with my Aunt Rosie and Uncle Nick in their house in Ardmore, Pennsylvania just before we left Pennsylvania forever. My father was moving my mother, my sister and me to California where, as my father said, there was nothing but blue skies, blue oceans, warm weather and lots of jobs everywhere.

It was a big occasion. It was 1946 and in those days, it wasn’t everybody who drove 3,000 miles across the country to chase after a new life—otherwise referred to as a dream.

There was a party atmosphere that Sunday that I fell down the cellar steps, with lots of wine, food and cigar smoke and lots of people pinching me on my cheek and talking to me in Italian.

Sitting next to my father at the table, I watched as Aunt Rosie brought out a huge platter of crusty, golden chicken pieces laying this way and that, all piled on top of each other. The platter stayed in the middle of the crowded table and people all just jabbed their forks into whatever piece they wanted. I loved the chewy dark ends where the skin had been caramelized in the spices.

In the middle of the din my mother called across the table to my father to pour a little wine in my glass.

“She needs to get used to the taste,” she said as I watched as the deep red liquid floated down into the water in my glass, giving it a rosy hue.

After the chicken came the pasta. Another huge platter filled with homemade fettuccini covered with a thick, chunky tomato sauce made from the tomatoes from Aunt Rosie’s garden.

I remember Aunt Rosie standing in front of the pasta bowl lifting long strands of pasta high into the air with the fork and spoon she held in her hands. She’d lift and gently shake the pasta then carefully drop it down into a birds’ nest pattern onto the plates that were held out to her.

“Here, have some cheese,” my father said, as he handed me the bowl filled with grated Romano for me to dip my fingers into.

Salad was the final course, and was served just before the spumoni ice cream that nobody other than my sister, my cousins and me could eat, as they were so full.

After dinner, while the men sat around and smoked some more of their cigars and my mother and her sister started cleaning up, I went into the back yard to catch fireflies in a jar, hunkering down between the rows of tomato and pepper plants that were taller than my head.

“How old are you, Daddy?” I ran over and asked my handsome father. He was 20-something. Then I asked him how old Uncle Nick was and he said he was 40-something.

Forty-something might as well have been 100-and-something as far as I was concerned. I was sure I was going to live at least that long.

Bored with the fireflies I went back into the kitchen. Nobody was around.

I went over to the cellar door and ever so quietly, I opened it.

Standing there, I could see myself falling down the stairs as I had done earlier that evening.

“That wasn’t so bad,” I thought. What was everybody afraid of?” “I bet I could fall down those stairs again and not get hurt.”

And just like a little girl who was sure she was going to live to a hundred would do, I stepped off the first step—and fell the rest of the way down.

When I got to the bottom, I checked to see if I was crying.

I brushed myself off, climbed back up the stairs and went out to the back yard where all the adults were.

“What were you doing, honey?” My father asked.

“Oh, nothing,” I said in that nonchalant way children have of saying they’re doing nothing when they really are.

All those years later, when I was growing up in California, my mother would fix roasted chicken on Sundays just like Aunt Rosie’s, except she would use chicken wings only. They were cheaper.

“Go to the store and get some chicken wings,” she’d say. “Be sure to get the ones that are on sale for 19 cents a pound.”

She’d cut the chicken wings apart, toss them with olive oil and lots of dried basil, oregano, red pepper and the “new” garlic salt that had just come out. Then she’d get the big cookie sheet out from the drawer under the stove, spread the chicken wings over it and roast them in the oven until they were golden brown and crispy.

I always loved the crunchy, salty taste of the succulent chicken meat that fell off the bones of those little chicken wings.

In honor of her sister, my mother would call them “Aunt Rosie’s Chicken Wings.”

She would serve them at room temperature with pasta and salad and, for me and my sister, a little red wine poured in our water glasses, so we would “get used to the taste.”

*Author’s note: I don’t eat meat today, but I do use this method of cooking, substituting large chunks of sweet potatoes, other vegetables or even tofu for the chicken.  It’s still just as good with all the Italian spices!