She’s still Waiting for You. 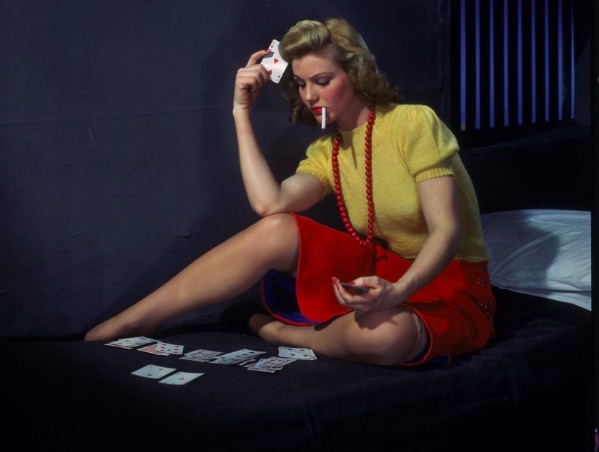 “Love cannot be measured by how long you wait, it’s about how well you understand why you are waiting.”

Even though time has moved on and created new ribbons of possibility that she has used to weave her dreams into a sweet reality, she is still waiting for you.

She never intended to wait, although she knew she wouldn’t be distracted by a sly smile and fat wallet because for her, loving a man was not about those things. Yet in between the days of winter blues and nights in summer solitude, she’s realized that even though she’s grown and bloomed like the starry-eyed morning glory along the old fence, she still is waiting for you.

She’s not one to remain the same nor is she addicted to outdated storylines, staying simply because she is too stubborn to leave. Ironically, each morning at sunrise she hopes that another man comes along to fill the space that your absence has created, yet that never seems to happen.

She shares her number and smiles at strangers all the while, hoping that one of them will come into her life and make her forget about the man whose darkness always tasted so sweet—the man who was perhaps all wrong for her, yet was also so completely right. You.

But that never happens, and instead as she goes to sleep each evening, it’s your name that haunts her in her dreams and wakes her as she tries to shake your memory loose from an unnameable place.

She doesn’t want to wait for anyone, let alone a man who can’t decide if he really wants her. Yet despite what she wants or how she wishes to move forward, the universe is holding her in this place.

Perhaps it’s because the story isn’t truly over. Although the ending has been written more than once, tangled with unkept promises.

Truthfully, she doesn’t understand why she is still here in this waiting place and why another man hasn’t come into her life, so that she could forget about you once and for all. The sweet truth is, maybe she just isn’t meant to forget.

Maybe she is meant to remain yours although you have never asked her to be.

The bittersweet essence of this waiting is that you never told her you love her or even what she really means to you.

And most importantly you’ve never shown her your heart, so that she could finally see if indeed it is her name that is written there.

None of that matters though, because no matter how much she wants to move on, regardless of how she wants another man to take your place and be the one to bring smiles to her face and desire to her body, no one has.

It’s almost as if you encrypted her heart with a code that no one else can to crack.

Or maybe when you left, you took the key so would always have the option to return, if you realized that sometimes it’s the difficult aspects of life that prove to be the ones we want and need the most.

She might not have been what you wanted but in some ways she is exactly what you need, because she you might be more yourself than you are with anyone else.

She loves you enough to let you be whoever you are in the moment, because she’s gotten past your outside appearance and fallen for your soul.

As the summer wind blows through the spotted light, it creates shadows on her heart. She breathes deep knowing that it honestly doesn’t matter why she is still waiting for you, but only that she is.

The thing that matters to her now are the blank pages yet to be written.

These pages are free from mistakes, hurt or denial and are filled with the chance to create a brand new ending.

It’s not often we meet someone who shows us—we don’t have to let the things that have happened define us. Sometimes life is not supposed to be an easy road, especially in matters of the heart. The best of rewards often come from the hardest times.

She knows that she might be waiting for nothing.

It’s risky waiting for something that may never happen.

Yet, she has no choice in the matter because, despite how she has tried to move on or find another to kiss her in the way you always did, it’s never happened.

The thing you should know: she is still waiting for you.

It’s still your name that is written across her bare and tender skin, and it’s still her heart that is yours.

She isn’t substituting this time, because no one has touched her since you left, simply because no one else knew how to read the language of her love.

So, now that you know she is still waiting for you, it’s time to decide whether you’re going keep her waiting or if you are finally ready to meet her, take her in your arms and kiss her with the power of everything that has yet to be said.

Because this story is only over if you truly want it to be, otherwise the best chapters have yet to be written.