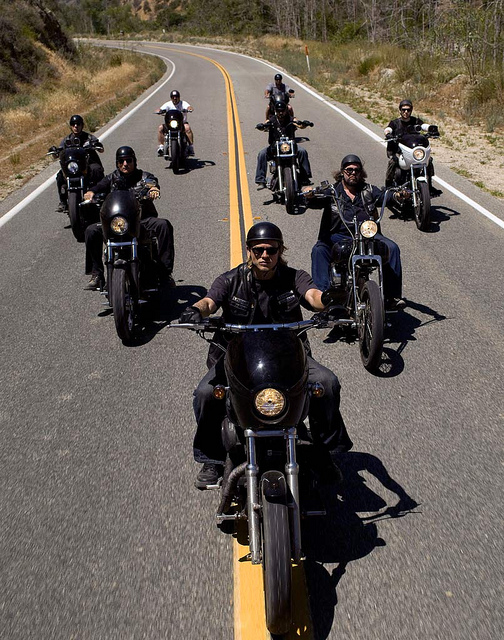 Bike week has wrapped up in Laconia, New Hampshire. (And that’s motorcycle, not BMX.)

For some 10 days, this state was not the same, as revenue and reverie rose (as per this annual tradition) to epic proportions during this time.

Surfers speak their own language as well and are out in our summer waters and will be trying the ice storm elements out for size or “swell” come New England’s winter.

Vegans, craft beer zealots, “Trump Singles” and also liberal folk willing to go online to meet a date with a similar ideology politically play the field of fencing—they parry and joust amid a myriad of social media influences and intruding dialogue from family, friends and foes—as to how they should live their lives or more pointedly, “belong to something.”

The common thread among us all however, is that we truly—whether owning it or not—love being part of a select and well-defined club.

Growing up in Vermont, surrounded by “horse culture” (which rednecks swore was indicative of lesbianism—particularly if softball or a Subaru car were involved or according to their math, though they never truly used the word, “indicative” or not to my recollection anyway, but I digress), my familiarity with the “judgment” we all place on cliques, chicks and whatever makes one tick, is vast.

Yes we label and we cast away potential love interests or even acquaintanceships too, when we decide, within seconds, that we have nothing in common with one. After all, they linger in the craft brewery culture or perhaps all their “snooty oenophilia” will showcase our humble sips and selections when it comes to wine. We size up those who “waste time” watching Reality TV despite that successful media movement revealing that we, as a culture—and yes we are all together in this, whether we watch The Real Housewives or not—have shown the world that we wish to be part of a special club.

The double-edged sword of our culture’s longing for belonging though, is that as soon as we encounter another human being, we’ve just as soon stamped a sticker upon that individual’s forehead that reads, “Well, he’s a vegan,” or “She’s into scrapbooking” or whatever it is that we may sneakily use as another separation technique, to assure that we don’t dabble too far out of our comfort zones, and in turn show our own ignorance and vulnerability about a subject and thus get quite hurt.

Many in this state cheer on the bikers who flock from all ports of call to attend this mega fest of camaraderie in New Hampshire. Others? They’ll spend a week badmouthing tattoos and fearing that some violent lunatic is going to disrupt their yard—and only because it’s “Bike Week.”

One thing important to remember, and which is perhaps  embedded in those born into the woods and most northern mountains of Vermont: You never know who you’re talking to.

The same person we’re sizing up, due to his sh*t-kicker boots, may dig us out of a snow bank next week when we are off to the side of the road, freezing and godsmackingly scared.

The biker, the hairdresser and the maple syrup or cider doughnut maker as well, just might have more in common with us than we know. And yes we’re missing out when we typecast or profile an individual and without so much as knowing a thing about his or her journey, pain, joy and rare, fabulous spark!

In many ways this is a form of violence—judgment—yet something ever so avoidable or easy to change by choice, when valuing the experience we are blessed to receive when meeting any creature.

Sobering too is the realization that everyone in our strictly defined and well etched and often guarded pack may not be the best matches or even most understanding people for us to meet and mingle with.

Just because we love our dogs more than anything on earth does not an easy “mixability” with dog breeders, groomers and even other dog owners, readily make. Yes aside from the one echelon of folk that we might don our hats toward and assume ourselves to be, we are still such different people underneath the borders and boundaries of that certain club. We are more than just our dogs. (So much as that statement breaks me in half to write, in tandem with my precious boys—at one time five of them, though now I’m just down to two, I’ll still share that we are all such far more multidimensional beings than we even know!)

It’s essential that we not limit ourselves to the few titles that we have hid behind as safety or which we’ve simply devoted our all to and in the name of negating some other part of ourselves. We are best when functioning as a whole and yes, we can have it all.

Critical too, is the red flag we all could so greatly benefit from and simply pause to see: when we separate, judge, label and think of folks as somewhere on the other side of a border or well defined line that we have put up, the more we dwell within our own tragic limited perspective and never gain the benefit of learning from anything else.

By striking up a warm and sincere conversation at least once a week, (grocery store or elsewhere) with a person who at first glance may not be our type, we are better for it. And so are they. And in the big picture, the whole world is too! 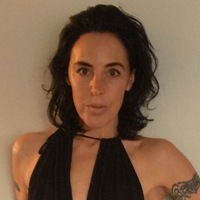