The Stranger & the Nomad—Finding Wisdom in my Father’s Magical Tales. 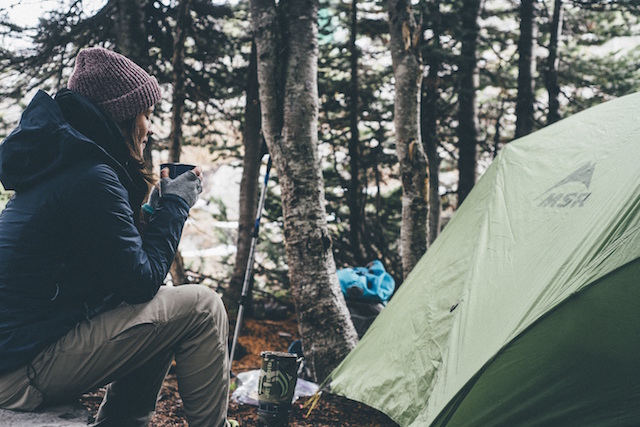 I grew up with a lot of freedom.

In a small town with few fences, there was space everywhere for me to roam. And my father played an important role in cultivating this experience.

He gave us kids a wide berth. Independence was part of his teaching, but the rest of his guidance he revealed to us in a very special way.

When I was young, it seemed he spun tales out of thin air. On summer nights, tucked into an old canvas tent, cozied under plaid-lined sleeping bags, he spilled out the dreamy contents from his head.

My brother and I would lie still, listening to his voice as it created worlds. We beamed—joy slipping out of our heart and plastering its sweetness on our face. We were children keen to understand a life we had only just tasted.

Our father’s stories were epic. He must have spent hours delicately pasting them together, although back then I thought he was born with them in his head. Through the haze of sunny days he would contemplate strings of make-believe and truth for us, inventing myth and legend out of his childhood ramblings.

Weaved into the fabric of these tales was magic, lessons I absorbed into my tiny, adolescent pores. They created the adult I grew to be.

Each evening as the stars won over the sky, I was wrapped in words that were cultivating my very ideals and purpose. Did my father know this? Does any parent truly realize the impact they have on their child?

I will share one of his stories about a backwoods trapper and a helpful stranger.

The trapper was a wanderer. Nomadic, he lived off the land. Isolated. He didn’t like people. This land he chose was wild, like himself. Giant trees and fierce animals.

He got into trouble one winter day. He became lost in the very woods that were his home. Turned around and dizzy in the brightness of white snow, he kept making circles instead of headway.

It was almost sunset when the trapper stumbled out of the woods onto a cliff. He collapsed—starved and frozen. His eyes fluttered open and close. He saw something.

A hallucination? He was no longer sure.

Out of the woods walked a tall stranger. The trapper was scared and tried to pull away, but his tired body wouldn’t obey. He didn’t trust people, but had no energy left to fight.

The stranger made a fire and gave the lost trapper dried meat. For that night, he nourished the trapper with his food and kept him warm. In the morning he guided the trapper back to the path where, refreshed, he again remembered his way.

I recall this story as I do many others, because I adopted much of what my father told me into my own sense of self. When my life became overwhelming as a 20-something, I headed into the woods. I became that trapper. I became a wanderer, a fisher woman and a huntress. The better part of my days I spent in rural forests. I didn’t trust many humans.

At these times when my soul wandered, I could hear a story being told by the same voice that used to create worlds. It said that in the wild was something that would bring me back home when I was lost. And it did, eventually.

Some girls have their horse and their knight. My dad’s early stories told me I had my trapper and my guide. There was help and nourishment there in the shadowed stillness of giant trees.

I had to stay out there, in the wild, until I was fed and rejuvenated enough to face the next task—my 30s.

Instead of advice, my father offered stories. It was through the treasure of these tales that I began to build my life.

Navigating this world is everyone’s unique task. Sharing wisdom through metaphor and imagination allows us to be supported, while still teaching us that we can make this life our own.