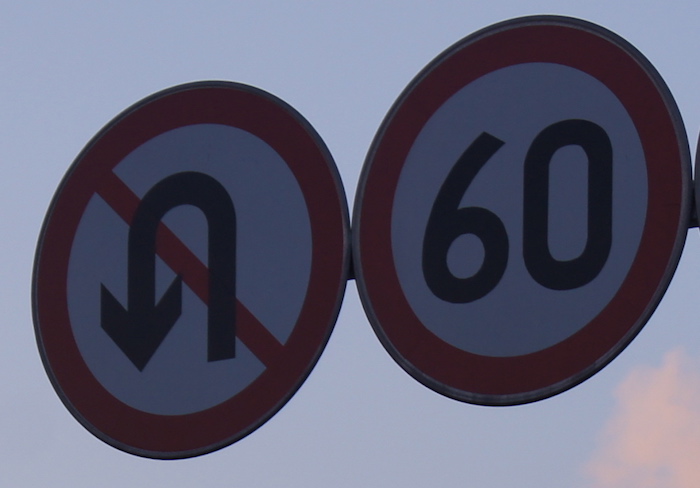 There are times in our lives when we are struck dumb by the hugeness of an event. Turning 60 is one of those. The number itself is numbingly daunting, with no more wriggle room to claim the high road of middle age.

As a child, I viewed 60 as an endpoint, a short stopping place on the way to death. Even in my 30s, people in their 60s were considered elderly. And here I am staring that birthday in its wrinkled old face.

You can say all you want about 60 being the new 30 or point to Jane Fonda’s agelessness. But no matter how we try to alter the look of our outsides, the innards have been inexorably working for 60 years. My childhood memories may still be in technicolor but they are tinged with the blurred sweetness of “long ago.”

It is quaint to recall that we had no answering machines or phones that traveled with us, that we learned to write cursive and were impressed by electric typewriters. In the same way that I was once lulled to sleep by my mother’s stories of war bonds and tea sipped through sugar cubes, I know my daughter thinks of my youth as the olden days.

In memory at least, my childhood crawled by. It was measured in school days and summer vacations, in the number of times I was sent away from the dinner table for some slight infraction. It was endless evenings of playing outside, willing away the impending sunset when my friends and I all knew we had to hurry home. It was snow cones and Mystery Date, fights with my bossy brother, and wondering who I would be when I grew up.

There was time and more time. Its passing was incidental and every step seemed to be in the right direction. We played jacks and jump rope. Every year, we watched The Wizard of Oz on TV and I hid my face when I was sure the flying monkeys were about to appear. I didn’t know part of the movie was in color until the late 1960s when we got our first color television and then I hid my face when the Wicked Witch’s ghastly green face appeared.

Don’t get me wrong: I’m not claiming I was cheated out of time. I went to a university, fell in love, had my heart broken, moved to Washington and found a job, eventually had the sweetest baby to ever be born. But I was so busy that time flew by without notice. When you’re focused on a child and a career, your own passages seem to hurry by furtively. And for a few brief moments I wasn’t so sure that all of my steps were exactly leading in the right direction.

My daughter graduates from her university exactly a month before my 60th birthday. Those two events have stopped me short. How is it possible that I can feel—actually feel—my tiny newborn in my arms after 23 years? Why is that memory so clear and sharp? And how it is possible that it happened 23 years ago? I can see in my daughter the sweet march of time and am grateful for all that she has become.

But I also hold her responsible for the fact that time speeded up on the day she was born. I saw the ticking of the clock in her first tentative steps and the day she told me she could read and the day she graduated from kindergarten. I saw time passing in a whirl as she went to her first sleepover and then had her first boyfriend. Faster and faster the time went and now she will walk across a stage to accept her university degree.

Weeks later I will be 60. I know it is only a number but it has great importance. What child can imagine turning 60? And even if she can, surely she believes it is so far in the distance that it hardly bears thinking about. Yet here I am. How do I gracefully grasp that age and step into the latter phase of my life? My parents are still alive and active in their 80s, and I see how they are sometimes viewed as “adorable” or “precious.” My dad was a judge, for God’s sake, and little about him is adorable. Yet that is the way we are viewed if we are lucky enough to live long enough. You dance a jig in your 80s and everyone cheers you on merely for picking up your feet.

My 50s were grand. No major health scares, travel to interesting places, a daughter who brought me enormous joy and pride. Why should the 60s be any different? And yet it feels that I am about to cross over a precipice; on the other side awaits movie theater discounts and dinners served at 4:30. Will I finally let my hair go gray? Will I start shaking my fist at children who run across my front yard? Will I start to tally my losses rather than my gains? And what if—God forbid—I preface every story with, “In my day…”

As I approach 60, I choose to recall something that happened in Nairobi when I was 52. I was part of a documentary crew that was shooting in one of the city’s worst slums. As a cameraman filmed a mother with HIV, I sat on a rock with her then eight year old daughter. We were talking and she said that I had been more places than her mother. Of course, I said, I’m much older than she is. “How old are you?” asked the little girl. When I told her, she gasped and covered her mouth. I was flattered, thinking she was aghast at how young I looked. Then she said, in awe, “I never met anyone before who was that old.”

I’m about to turn 60 and perhaps I’ll just keep taking steps in the right direction as people along the way marvel at meeting someone as old as I am. There are much worse things. Happy birthday to me! 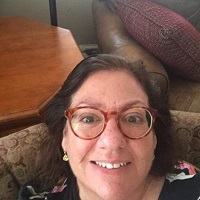