Whitewashing Rumi: Can Hollywood really tap into his Nectar & Essence? 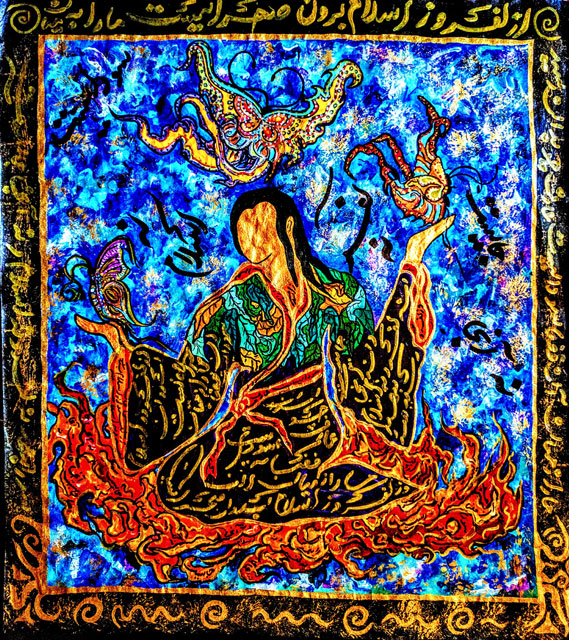 When did my relationship with Rumi begin? To answer that question, I first have to delve into the relationship of Persians with poetry.

You see, I come from a culture in which poetry is as much part of a person as her very heartbeat. Poems are used in celebration, in welcoming sorrow and despair and even in resolving conflicts.

For Persians, poetry points to much more than a moment eloquently defined. It is one of the most powerful forms of communication and storytelling. It tells the common story weaved through the resilient and encrypted thread of verse. It has kept our spirit alive despite numerous invasions, wars, despotic governments and sanctions. We use poetry as a weapon to fight injustice. During the eight-year war between Iran and Iraq that took a million lives and destroyed many more, we used it as our salvation.

The words of poets like Hafez, Saadi, Ferdowsi and Rumi have been passed on from generation to generation and I cannot recall a time when they were not a part of me. So in all honesty, I would have to say my relationship with Rumi began long before I was born. And in that I am not alone.

So when early this June, Hollywood announced the making of a movie about the revered poet’s life, there was an outcry. A group of Persians and other Middle Easterners argued that casting Leonardo DiCaprio as Rumi was a glaring example of Hollywood whitewashing.

Another group argued that Persians (Iranians) are actually the original Aryans and the Caucasian Mountains were part of the Persian empire, so why not cast DiCaprio?

I hear Rumi laughing as the color of his skin was the least of his concerns. He wasn’t one for being pinned down even when facing the danger of persecution for heresy:

I am not Christian

I am not Jewish

I am not Zoroastrian

I am not Muslim either

Whether he was white or not doesn’t really interest me. My question is: Can Hollywood—that is, the West—really get the essence of Rumi without truly understanding the world from which he emerged?

We have to recognize that the flavor of mysticism in Rumi’s poetry comes through in the simmering stew of his Islamic roots, his experience as a refugee, his command of Arabic and Turkish, his love of playing chess and his reverence for the Old and the New Testament.

What does Rumi look like if we take him out of the context that has given him this unique flavor? The answer is much more than skin deep. Let’s explore:

Out beyond ideas of wrongdoing and rightdoing,
there is a field.  I’ll meet you there.

When the soul lies down in that grass,
the world is too full to talk about.
Ideas, language, even the phrase each other
doesn’t make any sense.

This Coleman Barks’ translation, cut off from its intricate context, finds itself recited at wedding ceremonies, in therapists’ offices, meditation halls and on Brad Pitt’s arm.

When I speak of my love of Persian poetry, it is a common response to ask whether I know this poem. And to be frank, until recently I hadn’t come across these verses in Farsi. I eventually did some research and found the verses.

I translated this poem using similar language to Barks’. For instance, rather than translating “Kofr” as “idolatry,” I used the word “wrongdoing,” and I followed Barks’ replacement of the word “Islam” with the word “rightdoing.” Even so, I still arrived at a very different place. Not the attractive field where we drop all of our ideas and disagreements into the grass and have a picnic, but a stark desolate land of disillusionment:

Out beyond wrongdoing and rightdoing, there is a desert
The desert beckons us as if it were the oasis
we long to hold one another in its lush grass
And drink from the clear spring
But don’t ask me to meet you there
For in that desert of disillusionment,
just as with wrong doing and right doing,
You and I,
and even oneness ceases to exist.

Rumi here, describes being at the edge of this desert, having gone through different stages of seeking and finding each stage an unsatisfactory mirage at its core.

Spiritual seekers are familiar with this: Seeking love of others, becoming dissatisfied and chasing fame and wealth as salvation. And when all fails, the seeker turns to spirituality, but that itself can become another mirage. In the end, it is the great illusionist of the mind that takes on the ultimate challenge: To make an illusion of disillusionment itself.

The desert beckons us as if it were the oasis…

In the New Age language of the West, non-duality tends to be seen as a sort of heaven. In this magical land, one can comfortably take a neutral stance towards conflict and become immune to the hardships of life—after all, there is no wrongdoing or right-doing! While Rumi’s desert of non-duality is the embodiment of impersonal, this illusion, like all illusions, is a deeply personal one. We are lured by the oasis and are tempted to ask God, the universe and the saints to grant us a winning lottery ticket of non-duality. If we’re granted the prize, we promise to use it to truly help others and the world. In other words, this powerful illusion is trickle down economics at its finest and most grand and exulted conclusion.

But don’t ask me to meet you there…

In the desert of non-duality, there is no grass, no clear spring and no lovers to be united. There is no family, no friends, no personal comfort and no You or I. We must abandon love itself and everything and everyone we know and love.

Still eager for your jaunt into that grassy field?

Given this disparity between the two translations, can Hollywood tap into Rumi’s nectar and essence and represent his poetry in a way that would satiate both the Persians and the rest of the world?

I remain skeptically curious. What I do know is that relying on scholars and limiting translations isn’t enough to do Rumi justice.

Don’t get me wrong, I attribute much of Rumi’s popularity in the west to Barks’ efforts. He has made Rumi more accessible, but the approach of making Rumi more universal by “freeing” him from his specific cultural and historical context is misguided.

Think about it this way:  What if we attempted to “free” Martin Luther King from the context of his Christian beliefs and the historical oppression of blacks in America? In that, we would be denying two most important ingredients and driving forces that made Dr. King one of the most powerful figures in our history. Similarly, to truly capture the essential Rumi, we cannot cut him out of the world that created him.

If Rumi had lived in the America we know, there would be little chance of him being a famous ecstatic poet. More than likely he would have been an utterly different creature. After all, it was Persian culture and the religion of Islam that were as much the muse for Rumi as his beloved Shams.

Image: Carmen Costello and Ari Honarvar, via the author 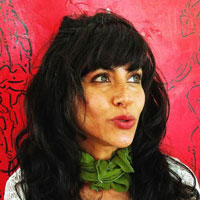