8 Reasons Why our next President should Complete a Yoga Teacher Training. 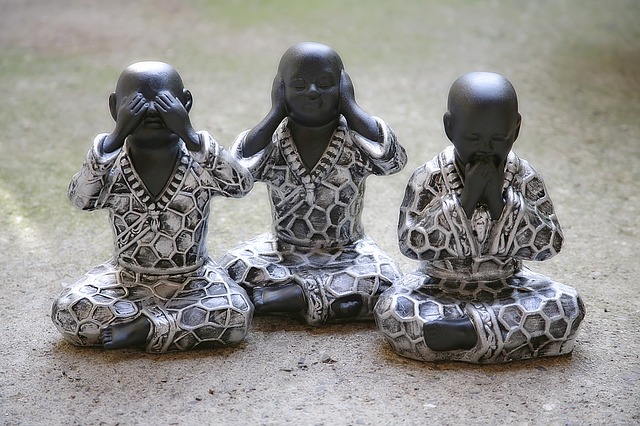 Take a moment and imagine what our nation would be like if every citizen was required to attend a Yoga Teacher Training.

Almost everyone I know who has attended a Yoga Teacher Training would say that the experience changed their lives for the better. They’d say how much they learned about themselves and the world. I’ve heard many say afterwards how they want to give back or how differently they would like to behave as human beings on this earth.

As for how we should behave as human beings, I feel worried lately. I feel worried regarding the future of our country and the behavior of our future political candidates. They have demonstrated that the face of political leadership is changing in an extreme way. I’ve started to think that a few of my yoga teachers would have more to offer America than both Donald Trump and Hillary Clinton combined. But until Yogis begin to run for office, I have decided that the two of them should be required to attend a Yoga Teacher Training.

Here are eight reasons why:

1. To learn the definition of Yoga.

Yoga literally translates as union. Union of body, mind and spirit. Union—as in we are all integrated and connected. Union—as in all of us are represented as one.

We are a country which was founded on the unification of our desire for independence and freedom. We the People are addressed in the “State of the Union” annually, yet we are a country divided nationally and within our bi-partisan system. America is filled with unique individuals of different socioeconomic classes, cultures, belief systems and priorities yet we all share a common middle ground. We are made of the same stuff and we breathe the same air. We are each learning our individual lessons of this lifetime and experiencing the things that we’re meant to experience, but we all belong in this Universe at the same time…together.

2. To live by a universal set of morals.

The Eight Limbs of Yoga provide a set of universal morals and guidelines called The Yamas. They describe the ways in which a Yogi should behave and how they should relate to the world and its circumstances.

American society teaches the Golden Rule or the law of reciprocity, which is “Do unto others as you would have them do unto you.” Yet, how often do we observe this rule violated in our political debates? How about our media?

Imagine if all candidates expressed a deep compassion for all living things in their debate speeches. For one, we’d be building a bridge rather than building a wall. If the Five Yamas were observed during political discussion and in making decisions, the candidates would have a commitment to satya, or truthfulness, that exhibits honest communication without deliberate exaggerations or deceptions. This is definitely an area where both Trump and Clinton could use some assistance. I know that if this type of honest committment was upheld we’d feel a lot more safe and unified as a Nation.

3. To hold ourselves accountable.

The Niyamas, the second limb of the yoga system, are practices by which individuals can help hold themselves personally accountable.

As a society, we react to the events of our lives rather than working preventively. We are so busy placing a band-aid over an issue or rebranding—whether it’s personal, corporate or national—that we often forget to step back and truly take some time to look at the bigger picture. We watch our presidential candidates constantly reframing, rebranding and just saying what they need to say to build their following. Yet what are they doing as individuals? What are their actions?

In yoga, there is an effort to look deeper. The practice is to step back and observe your “self,” thus helping to bring you back into balance. Yoga teaches us that we cannot escape nor fix an issue by running further away from the root of the problem, thought or emotion. If we don’t face the issue it will eventually catch up and we will fall apart.

Consider the debates: what if Hillary and Trump were to speak consistently of gratitude and acceptance? What if they spoke with an authentic voice rather than what they’re told we want?

4. To acknowledge the greatest causes of suffering.

The Kleshas—which include ignorance, egoism and attachment—are written in the first documentation of yoga called Patanjali’s Yoga Sutras. They are commonly referenced and spoken about exhaustively during a Yoga Teacher Training. When we watch the debates and look at the marketing campaigns for our candidates we will, more often than not, see all three of these causes of suffering.

It is believed that one cannot find enlightenment without attaining these characteristics. Who would Trump be if he was not “Trump”? His ego speaks louder than his words and it is shown in his belief that he can run a country without any political experience at all.

Ayurveda, “the science of life,” is an ancient Indian system that believes in daily preventive practices for balanced health. Does Trump or Hilary look like a picture of balanced health? We want to select a leader who take care of themselves so they will be healthy enough to take care of our country.

6. To build a solid foundation.

7. To learn how to breathe.

The practice of pranayama, or breath control, would do wonders for supporting the health of our next president. Pranayama assists with emotional regulation and it calms the central nervous system creating a grounding and centering effect. When our breath is calm it brings us a sense of calm in our daily lives. Our mental health starts with our ability to breathe deep and full belly-breaths. Anxiety occurs when we breathe only in our chest.

At the end of every yoga class, we reach savasana where we lay flat on our backs. This pose is to encourage the practice of relaxation. As a nation, we need to learn to nourish and replenish ourselves with practices like this at the end of the day. If we can take care of ourselves we can be a source to take care of each other.

“Where is the delusion when truth is known? Where is the disease when the mind is clear? Where is death when the breath is controlled? Therefore surrender to Yoga.” ~  T. Krishnamacharya

We all can feel that there is a lot of uncertainty moving into November’s election. We want to elect a candidate who has the best interests of our nation in mind. We the People need to remember to take our “ego” out of it and stay centered. We must continue to have hope that our president is as connected to the center as our gurus’ teachings. We cannot forget that all of this is a part of our spiritual awakening and is happening regardless.

Either way, I’d still like to be a fly on the wall at the Trump-Clinton Yoga Teacher Training Course.

The 2016 Election & the Birth of the New Politics. 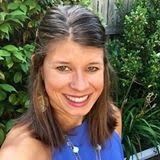