Chewbacca Mom Sings: A Call for a Better Place. 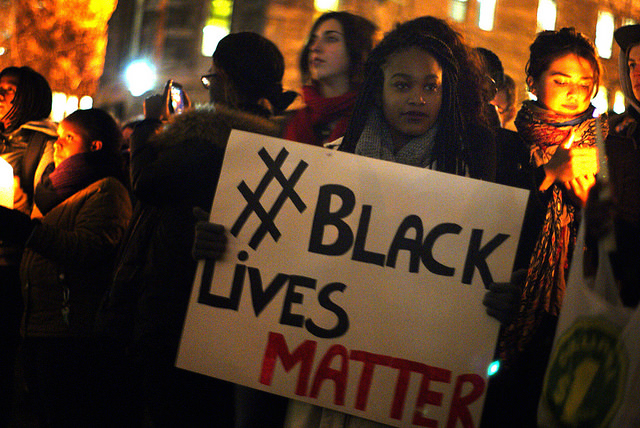 To be honest, I haven’t given her a whole lot of thought lately.

My mind was on other things as I churned through the emotions of the past week. I often find myself turning off the news and shielding myself from what I read online. This week, that hasn’t been an option for me.

You see, I live in Minneapolis, Minnesota. Just a few miles away, the “Black Lives Matter” protesters marched in St. Paul, U.S.A, after Philando Castile‘s death.

When I was growing up, my Dad was a first responder. My mind still leaps into that world when things of this nature happen. He often ran into scary and dangerous situations in order to save lives. So I have an intimate history with the hospital that Mr. Castile was taken to. I know many of the people who work there now. I also have a deep desire for justice and equality. I have often chosen to join the fight when I feel my voice is needed.

I might be a young, white woman, but I feel that in many ways, this story is personal to me.

I can’t shut it off or turn the page. I’m living it. Perhaps in only a minuscule way, but I am a part of this story. I am in the epicenter. Literally. It’s all happening around me.

I wasn’t at the protest that shut down one of our major freeways, the other night. But I knew people who were. My Facebook feed was more up-to-date than the news sources in town. I was glued to my phone, waiting for updates.

The updates I received went from uplifting and positive to downright frightening. I was at a loss as to how to cope with the unrest, the emotions and the energy at large in my city. Eventually, I stopped receiving updates and turned on our local news.

What had been intended as a peaceful, nonviolent protest, seemed to have escalated out of control. Without any further information, I was left to wonder, offer up my good intentions and do what little I could from where I was.

Love and light, they know no bounds.

It was at this time, as I was flipping through Facebook, that I saw Chewbacca Mom streaming a live video in response to the events of the past week. I was drawn in because, like me, she lived close by to more violence in Texas, and could feel the pain in the air around her. I empathized. I could have said something very much the same.

Like her, I can’t even begin to understand what others are going through right now. But I can feel the pain, the sorrow, the agony of unrest.

As I listened, her voice slowly and melodically filled my heart, my soul, and my city with hope. All the while, I knew that not far from me,  people on the freeway were frightened, angry and in pain. Black people, white people. Gay people, straight people. Men, women. The old and the young. Police and protesters. Everyone was feeling the same emotion. Because when it comes down to it, we are all human beings.

Listening to her beautiful words, I felt tears well up in my eyes. I desperately wanted to wake up the next morning to a brighter day. A better place. I believe we can. I hope her words will speak to you, as they have spoken to me.

My gratitude goes out to Candace Payne—the woman behind the mask, who brought me some peace and hope on a night when I felt frightened, hurt and hopeless. I believe her message will speak to many because it speaks to the heart.

Candace channeled her grief and sadness into a song which she shared via Facebook Live.

Before launching into song, she shyly tells viewers that she hopes to touch and inspire us all to work together to help heal the world.

Her message rang loud and clear: “Make a better place, y’all. Fill it with joy, not hate.”
– 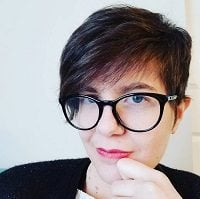