From Zero to Pacifist in 300 Metres. 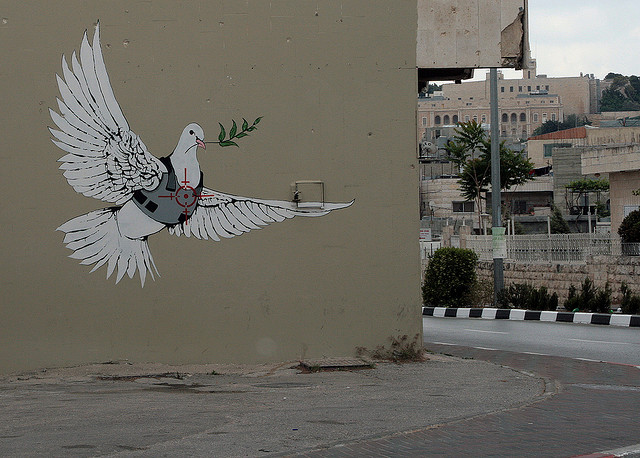 As a cameraman, I stood about 300 metres away from a controlled firing demonstration of one of these weapons, and it brought about a transformation in me to devout pacifism.

It all began when I agreed on Phnom Penh, Cambodia as the destination for my bucks trip. As my close friends were scattered around the world, it seemed like a logical central location for us to congregate. The clincher in the decision was being able to help my friends tick “shoot a big*ss weapon” off their bucket lists.

I’d like to note that this was not, and will not ever, be on my own bucket list, but I acted with camaraderie and agreed to participate when the time came.

I’ll be honest, I think I was always a pacifist at heart, but never really gave much thought to the idea. I think I always knew that if I was drafted to join a major war, I’d very likely be the first deserter in my family’s long, mostly reluctant and disappointing, participation in international conflicts dating back to the First World War.

I draw a mental blank when I try to visualize actual war. I truly cannot comprehend the terror. But the range of emotions that I experienced while witnessing controlled gunfire was enough for me to realize that I wouldn’t last long in any theater of war—physically or emotionally.

I was unprepared that morning in Phnom Penh, having absolutely no military training or prior preparation for the assault of such loud noises—not to mention the fact that I was moderately hungover. I was handed a Go-Pro and told to stand behind a small bund and film as a friend tested his bravado by handling the power of a long expired 1960’s Khmer Rouge RPG—the ultimate test of a man.

Three misfires into the experience and I had already reached my limit. I really don’t know how he coped with the string of duds, but luckily the fourth RPG exploded and took off.

I’m not sure which was worse—the explosion when it was fired or when it hit a hillside 300 metres away.

I found them to be equally petrifying and something I hope never to experience again.

Between explosions, less than three seconds passed, and in those few seconds I either experienced an unquestionable confirmation that I am a pacifist or the pacifist in me suddenly awoke—ironically, somewhat angrily. I had a tiny taste of what it could feel like to be a civilian waking up one morning to a civil war erupting in their backyard—and I literally find it to be too scary to continue thinking about.

I have a whole new perspective when watching conflict in the media.

I think now of the people on the other end of a gunfight, shelling, barrel-bomb, air-strike, drone attack or whatever, and not just the innocent civilians, but also the intended targets. I think about the children who have to live through it and endure the daily planes flying overhead, dropping bombs more destructive than any RPG.

I can’t see how you’d wash that trauma away…ever.

I guess my point to all this is that maybe if we all had a small taste of the elements of war—not just the explosions, but witnessed the aftermath and post-traumatic stress in the survivors and in our service men and women—we’d probably place more focus on supporting political and nonviolent solutions to our geopolitical issues. At the very least, I would hope that we would better choose our fights.

I know this is a simplistic suggestion to solving a very complex issue and I’m in no way an expert, so I find myself looking to a few of the great pacifists in recent history for inspiration and guidance. I’m sure their views are still relevant today and perhaps a reminder of these individual’s keys values will awaken that pacifist in all of us:

Mahatma Gandhi: Probably the most well-known, Gandhi fathered a doctrine of nonviolence and nonviolent resistance that focused on directly opposing social injustice through inciting mass protest, while at the same time reassuring the opposition that they would not be harmed in the process.

Even when he had the control of enough supporters to vastly out-number and overthrow the minority overlords, he insisted that his enemies were merely unliberated friends who just needed some love and guidance. He’d call off campaigns when they threatened to become violent, insisting that nonviolence taught courage.

That’s a pretty socially evolved and stand-up guy in my book.

The Dalai Lama: Always good to turn to for practical wisdom, the Dalai Lama views solving conflict through pragmatic dialogue and compromise, while always respecting each party’s rights.

He views resolution as having no complete winners, nor complete losers. It is the achievement of finding a middle ground between two warring parties with the spirit of reconciliation.

Nelson Mandela: Before advancing the spirit of reconciliation, he suffered immensely and fought insurmountable oppression the only way he could—with persistence, determination and resistance.

He was able to talk down a country from the brink of a civil war and create stability in one generation within a deeply divided nation, all through advocating forgiveness and reconciliation. A true hero.

I’m glad the values, ethics and inspirational stories of these men exist with us today. If every leader embodied and lived their spirit of nonviolence, even in a small way, I’d like to think we’d all live in a more peaceful world.

When Pacifism Meets Paris: A Call to “Arms.” 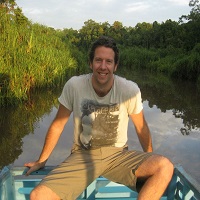