Let Love Be the Boss: Contemplating Real Change at the DNC. 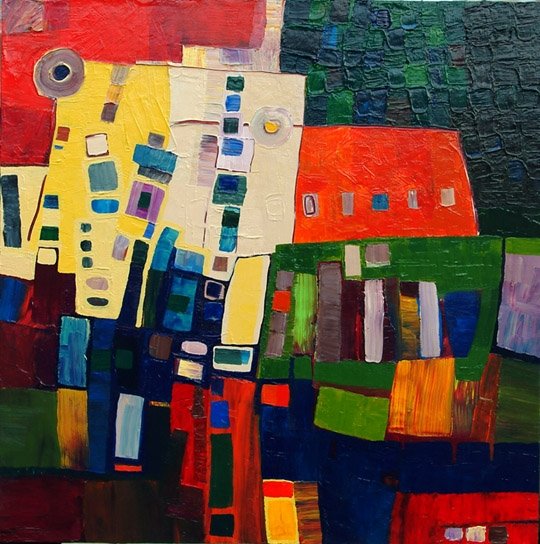 Editor’s note: We welcome all points of view, as long as helpful and respectful and fact-based. Contribute your thoughts, if so inspired, here—our mission is to bring all together in mindful discussion, so that we may learn, share and listen. Dislike this Op-Ed or opinion? Share your own take here.

The political revolution taking place in our country right now is creating a cycle of mistrust and fear inside the Democratic Party.

We are afraid, because we are human, and that is what happens to human beings when we are deeply invested and our world is shifting.

Our world is shifting in multiple ways. Young people are joining the Party because they trust Bernie Sanders. These new Democrats are often not familiar with the rules and the process. They are impatient and distrustful of a system they don’t understand. They feel dismissed and unwelcome. They suspect foul play.

Many people who have been Democrats for a long time (I will call them establishment Democrats) are angry at the newcomers who are arguing for change and who are calling the Party process, and the people, corrupt. Some are defensive, quick to shut out the call for change and double down on a refrain that denies any wrong-doing at any level.

At the Denver County Democratic Convention not long ago, I saw two men yelling, nose to nose, with their fists clenched tightly at their sides. Both of them were Democrats. One was a young, newly-engaged Democrat and the other was an older, Democratic Super Delegate. We see arguments in comments sections of articles, and in Facebook groups, that frequently include character assassination, motive questioning, and reactionary responses. We are lashing out at each other rather than engaging each other in debate. The tenor of the disagreement is mostly hostile.

Neither Hillary supporters nor Bernie supporters have a lock on the nastiness. Nor do newbie Democrats or establishment Democrats. Nor young or old. I know because I have observed.

This is the key to understanding the current Democratic Party—we are a house that is getting re-ordered. We are removing worn furniture and cleaning the windows. Dusting cobwebs and polishing banisters. And we are deeply invested in the outcome.

If I could wave a magic wand that instantly affect change, this might be surprising, but the change I would choose would not be regarding either the candidates or the issues. The change would be regarding the Democrats themselves. It would be about us, the voters inside the Party.

The most important part of the Democratic Party is—if we think about it—truly not the candidates nor even the Platform. It is the people who make up the Party.

If I could wave a magic wand, I would add mindfulness to our individual and collective capacities, so that in the days leading up to the Convention and at the Convention itself, Democrats (old and new, establishment and newbies, delegates and demonstrators, committee members and party leaders) treated each other with these thoughts first and foremost in our minds:

This is bigger than me.

It is bigger than either candidate.

It is bigger than a single issue.

How can I be of service to the change and help lead it toward peaceful and constructive outcome?

Awareness of our internal emotional reactions, and the ability to step back to observe our own emotions, is proven to increase our effectiveness in the world.

During an election year when we are almost certainly running against a candidate on the Republican side, who is known for his racist remarks, and at a time when unarmed black people are being killed in the street by police officers, we must ask the question, “Who is our real enemy?”

The most likely opposing candidate in the general election is a person who tapped into a racist vein in the American population. And that vein flows, like a river, to distrust of all minorities, and to increased violence against them. He had advocated for violence against dissenters of his message. He has built his campaign around knee-jerk reactions to diversity, multiculturalism, and inclusiveness.

Fear is the root of racism.

The real enemy of the Democratic Party members, at this moment in time, is fear—fear of change, fear of each other, fear of the truth about the state of our Democratic process.

Fear that engenders and supports institutionalized racism, fear that harbors resentment, fear that invites hostility instead of sustained engagement, and fear that does not allow for new people and voices inside the Party.

Fear that allows only one voice at the table, fear that destroys dissent and complexity.

Fear that leads backward instead of forward.

Fear cripples us as a Party and as a country.

If we want to offer a true alternative to the Republican party’s nominee, we must think clearly and act boldly.

In order to be the most effective and productive political party, of and for The People, we must prioritize each others’ differences. We must recognize that, just like America herself, it is our differences inside our own Party that make us strongest.

We have a choice and we can choose forward momentum, even at the same time that we allow for dissent.

As a Party we have a long history of dissent. It is built into our rules, in fact. Dissent is possible, even desired, specifically because it is dissent that allows us to see and understand a wide variety of experiences and options. Dissent is what generates forward momentum.   If we allow no dissent, we will become stagnant and we will not be the Party of the People.

Do you know what has dominion over mistrust, hate, and fear?

When the individual Democrats participating in the DNC, and every single person who is to demonstrating on the streets of Philadelphia, come together peacefully, and recognize each other as neighbors, friends and allies in the fight for our future, we will all win.

Our engagement must be sustained. There is no instant gratification in real change. It happens in brief shining moments as we decide to trust one another.

Our individual abilities to have sway over each other and the outcome—and our ability to elevate our greatest causes to action—comes from the collective voices of engaged citizens who recognize that fear is not an option and that our strengths lie in each other and not the candidates.

Image: Original artwork by the author (used with permission) 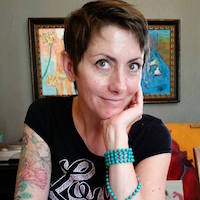