Letting go of Getting Better at Meditation. 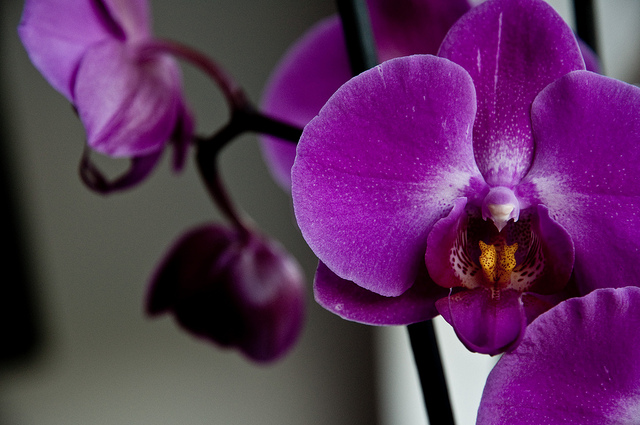 Many years ago, in an attempt to do some self-improvement, I joined a Zen meditation group.

My time with them didn’t last long, because I wasn’t really able to devote my energy to it. For awhile, meditation fell away for me and then it reemerged as a part of my spiritual journey that is pretty constant and important. Meditation is much less all or nothing than it was back then.

Something that happened during that brief stint with Zen meditation so long ago has stuck with me.

There was an opportunity, every few weeks, to spend some time with the leader of the group. I remember sitting down with him and rambling for a bit about how I wasn’t any good at meditation yet. However, I was determined to improve, determined to get better, sure that I could if I worked hard enough at stilling my mind. After I’d finished, he looked me calmly in the eyes and said, “Or maybe there’s not a better to get to.”

I thought it was preposterous at the time. Of course there was a better and I was definitely going to get there! If I didn’t, I was never going to be a better person. I was never going to the version of myself I aspired to be and I would never have the life I desired. I had to get better; I had to find Zen. It was my only hope.

As luck would have it, the life of the Zen masters was not for me.

Out of sheer desperation, I struck out shortly thereafter on a different path of self-development, something much better tailored to the issues of fear and addiction that were plaguing me.

But meditation has turned out to be a big part of that. Not the kind of meditation where I am transported to a different plane of being, where my mind is free and clear and without desire, not the place I thought meditation was supposed to take me. For me, meditation is a time to sit and be with the divine, to be as fully present as I’m able to be at that moment, to just let go and listen.

About four years ago, I decided I wanted a physical object to focus on during meditation. I’d been using a visualization of a flower to help me along. I pictured an orchid, deep purple with small specks of white. I imagined that the purple represented the divine, rich and encompassing, and that the flecks of white were me, blank and open and absolutely surrounded—beautifully, blissfully—by something higher and fully enlightened. It was such an encouraging image that I set out to find this flower in real life.

As luck would have it, the next time I went to the grocery store there was a display of purple and white orchids right by the door. Feeling the benevolent hand of fate upon me, I stood and stared at them all lined up in their pots, looking for the one I’d been meditating on. It wasn’t there. The display contained several that were similar, but mine was not there. My eyes were drawn instead to another.

It was mostly white, with only small patches of purple. It was mostly blank, I thought, with only little bits of the divine coming through. It was not the plant I wanted to represent the place I was in. But I couldn’t deny that it was the one calling out to me.

Resentfully, I reached down and tried to free the pot, but found it was tucked farther back than I realized. I started, instead, to grab a different one, a more convenient orchid. I couldn’t, though. I was strangely, completely aware that there was only one flower there meant for me. I climbed up into the display and wrestled that one, entirely-not-what-I-wanted plant out of its corner.

At home, I sat cross-legged and stared at it, trying to clear my mind of everything but its petals. I was troubled; I was saddened by the confirmation that my connection to the universe was not what I wanted it to be. Over the next few weeks, I did my best to settle in, to let that flower be where I was, and to let myself be the flower.

When it dropped its petals several months later, in the midst of some really difficult spiritual work and change for me, I continued to water it and to contemplate its bareness. When it suddenly sprang into bloom again the next summer, I rejoiced.

It came time to move to a new home and I decided to let the orchid go. I placed it outside on the curb for someone else to find, to love and nurture.

I think of it a lot, though, how it forced me to let go of my own ideas of what my spiritual practice should look like and to just trust the process. I think that, in a lot of ways, I am much “better” at meditation these days than I used to be. Not because I am able to clear my mind for hours at a time and be free of desire. But because I keep meditating, despite how bad I am at it. I show up for myself and my meditation practice. I sit, I laugh at how noisy my thoughts are and I keep sitting.

So, I’ve definitely gotten better in the past few years. However, I don’t think it’s because I have my eye on a specific goal, on an actual destination. I think it’s better because I don’t. Because when I’m getting frustrated at myself for being so awful at simple, calm mindfulness, I remember the words I heard those many years ago. I remind myself that there’s maybe no better to get to, and it allows me to just be as good as I am, in the present moment. 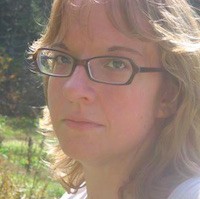