Letting Go of Our Preconceptions: A Lesson From Bosnia. 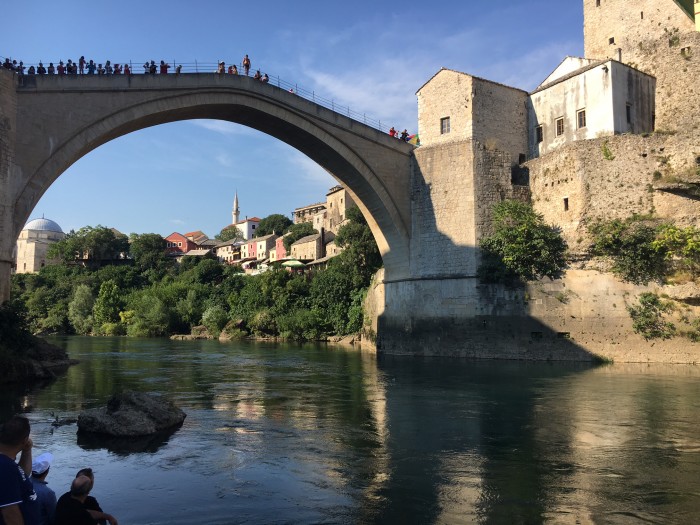 I’ll admit that when my husband suggested Bosnia as part of our three month honeymoon adventure, I hesitated.

My initial thoughts flew to abandoned buildings, water dripping on to rusting corrugated iron, and walls riddled with bullet holes. I googled ‘landmines in Bosnia’ and immediately wished that I hadn’t.

I mentioned our plans to my sister, who voiced my own concerns incredulously. “Bosnia? That sounds…dangerous?”

But I had been waiting for an adventure, and here was one just asking to be had. I was fed up of letting media images and fear dictate where I could wander. More research promised that Bosnia and Herzegovina (to give the country its full name) was full of natural beauty, a vibrant culture and low violent crime rates. I felt reassured that we were being responsible, safety-wise, and was ready to head off of the popular tourist track to see for myself.

We hopped onto our waiting coach from Dubrovnik, following the glistening ocean along a dramatic coastline. The coach was pretty empty, which felt telling to say the least.

As we reached the outskirts of Mostar, I began to feel a little nervous. The ghosts of war hang heavier around these parts. The roadside is punctuated by individual graves and street graffiti calls on us to remember those years of chaos. 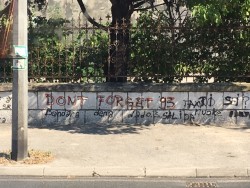 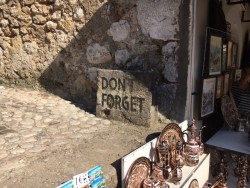 The ruined buildings stand solemn, creeping with lush green plants through now empty window frames. The abundance of natural life is a stark contrast to the destruction wreaked here. ‘Danger‘ and ‘Do Not Enter‘ signs remind us that despite the rebuild efforts, the scars of the war remain visible, some 20 years later. 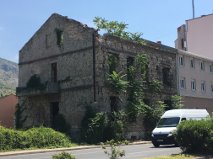 Our cab driver is a jolly man, who slips interchangeably between German and English. We discover that he took his children to Germany during the war to keep them safe, but he, unlike many others, decided to return to his homeland once it had ended. Approximately half the population made an escape at that time, especially those with inter-religious/cultural marriages, who would have been forced to fight against the family of their loved ones. It suddenly feels much more real to me; no longer nameless faces on the news, but living, breathing families with lives that were seriously impacted by the violence around them.

A local man, Sacha, guides us around. He is warm, funny, and there’s no subject off limits. “People will tell you we have made no progress,” he tells us, “they just like to complain. We really have moved forwards- socially, economically and politically. Not as much, or as quickly as we would like, but enough to be proud of. Things here are changing.”

After our tour ends he invites us to accompany him on his walk back to his office, beyond the old town. There are less tourists out here, and it feels like we are seeing some of the ‘real’ Mostar. We pass construction sites, schools and monuments, before crossing the old front line dividing the Christian and Muslim sides of the city. “That wouldn’t have been safe to do 15 years ago,” he explains, “you would have been killed on sight. But no one blinks an eye now.”

Sobering to say the least.

After a farewell fit for old friends, we leave Sacha and pass a cemetery. There’s something strange about this one and it takes me a few minutes to work out what it is. The realisation hits me like a punch to the stomach. Every single year of death marked is 1992. Many of these war victims were just kids, their pictures captured in stone for eternity. My heart aches as we walk silently among them.

Later we return to the old bridge through the comforting hubbub of old town. Architecturally, the bridge is stunning: a single arch defying the laws of physics. We sit awhile, watching the white stone rainbow float over the river Neretva. It is a proud symbol of reconciliation and communities connected once again.

Crowds of locals gather here, singing, talking, eating. Two men laugh and gesticulate wildly to each other. Even without their native tongue I understand the universal language of the dare. They egg each other on until both are removing their shirts and shoes, leaping (with their trousers still firmly in place), into eight degree water.  Everyone cheers and claps, as they swagger proudly to the shore, posing for photographs.

The biggest excitement comes when the Mostari, the keepers of the bridge, leap from the tallest point of the bridge, at around 24 meters high. My stomach leaps into my throat as they plummet to the surface. For a fee, you can be trained to do the same and earn a lifetime membership as a Mostari. Not for me thank you very much.

We are welcomed with smiles everywhere we go. A copper smith shows us his workshop and gives me a gift when I buy some of his work. The hotel staff go above and beyond, carrying my heavy case up and down stairs, despite my protests. Beautiful strains of traditional song drift over to us as we eat hearty home cooked meals and we talk and joke with restaurant owners. There is joy here, and laughter comes easily, made even more poignant by the tragic history that is never far from my mind.

As we head on to Sarajevo, we pass some of the most stunning scenery I have ever seen, anywhere. Mountains soar above a turquoise green river, picture perfect. The media never shows us this side of this beautiful country and I start to feel ashamed for having lived in ignorance for so long. For letting the news reels of burning buildings and tanks influence my impressions.

And yet, isn’t this all part of the joy of travelling? Expanding our horizons? Overcoming our fears and preconceptions?

I have learned a valuable lesson from this vulnerable, beautiful place. I decide that I will always seek to explore with my own two eyes, and come to my own conclusions, safety permitting. All I can do is share my findings in the hope that they inspire others to do the same for themselves.

Why Traveling Alone Doesn’t Scare Me. 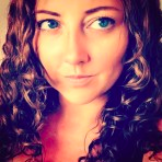