My 90-Day Juice Fast: An Unexpected “Before & After” Story. 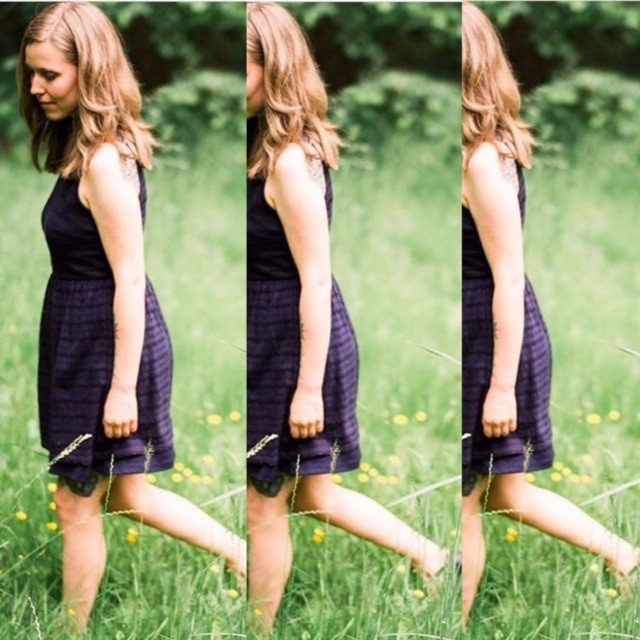 I never thought of myself as a perfectionist.

I’m kinda messy, I like coloring outside the lines and my grades in high school were abysmal.

I’ve often thought of myself as a rebel. A free spirit. Someone who doesn’t care what people think. And yet, there was that fantasy. That fantasy of “someday.”

I was gonna be the “perfect, free-as-a-bird rebel,” y’know? There was always this idea that once I’d logged enough hours in meditation or spent enough days fasting, I’d get…well…there.*

*Definition of “there”: Perpetually lean, maximally glowy, squeaky-clean-yogi-mind, with the wind always blowing through my hair in just the right way.

I was always holding out for it. Waiting. Ignoring who I was now for who I was supposedly going to be someday. Perfectionism was how I justified holding myself back: I could ignore all the scary things I was avoiding because my “someday-self” could deal with them.

Perfectionism kept me wandering in safe little circles. Instead of the straight-shot to my ideal that I imagined I was on, the reality was I was making myself dizzy fantasizing, perfecting my diet, falling off my diet, wallowing in shame and repeating the cycle.

Perfectionism felt like the highest I could reach for. No compromise. No regrets. No dying knowing I hadn’t lived up to my potential.

So I became the “perfect” raw foodist, the “perfect” vegan, and the “perfect” dieter. Despite the binging and emotional eating I struggled with, I lost weight with every diet. No matter how much the numbers on the scale went down though, it was never enough. I could never look myself in the eye with any amount of self-love if my belly still had fat on it.

Enter: the juice fast. This wasn’t some three-day “quick-fix” or even a 21-day commitment. I dove into a diet of nothing but juice for 90 days.

And while my hope was that this experience would catapult me into all-encompassing bliss, it actually ended up being the final straw in my obsession with perfection. Despite my intense routine of daily juicing, colonics, journaling, and meditation—-all with the intentions of finding my most authentic self underneath—I didn’t feel radically different when it ended. My ache to not need food (and therefore not binge or eat emotionally) went unfulfilled. Ever heard of a breatharian? Yeah, I had big dreams.

Here’s some of the clarity I’ve gained with a few years of perspective.

1. What I wanted: I hoped juice fasting would help me get over my eating issues. I still struggled with overeating and binge eating, so I sought to prove to myself that I could live without food. I wanted to feel my feelings without needing to eat them into submission.

What I learned: While I did indeed juice my way through three months, my food struggles were still waiting for me when I returned to the land of the eating. While short term cleanses might be helpful for some, the body actually cannot live that way forever. My binge eating issues were less emotional and more connected to the fact that I was refusing to feed myself in the name of cleansing. I also learned that my eating issues couldn’t be addressed by not eating, I actually needed to be in the thick of things—nourishing myself and listening to my body. Not eating was just avoiding the issue. In order to feel the connection to life I was searching for, I needed to accept my humanity and my need for food.

What I learned: While there where many moments during my juice fast that left me feeling enlivened and utterly delicious in my skin, there were just as many days spent simply trying to make it through until bedtime. Not only that, I’ve grown more into the person I wanted to be since leaving such extreme approaches behind. I realized that it was hard to truly look at the false beliefs I was holding onto when I:

a. was so focused on physical perfection;

b. was spending all my precious time shopping for vegetables, juicing those vegetables, packaging them for portable juiced vegetable consumption or wishing I was consuming something other than vegetables; and

c. was so unfocused because I wasn’t listening to my body.

3. What I wanted: I hoped that living on juice would give me the body I had dreamed of since I was 13—one that was effortless and confidently fit into that tiny bikini I always wanted to wear.

What I learned: I’d spent a long time holding onto the belief that once my body felt and looked the way I wanted it to, it would be one less obstacle in my path. I could then get on with the business of spiritual and emotional growth. These days I appreciate my body and its fluctuations. We’re in this journey together and instead of trying to fix or control it, I’m here to listen and respond. It’s the difference between looking at my body as something to manipulate versus something to listen to.

What I learned: My freshly cleansed body ended up struggling with digestion, bloating and a strong desire to eat and eat and eat. Even though I had intelligently transitioned out of my fast, the whole process had taken its toll. It took much longer to strengthen my digestive and elimination systems, and balance out my appetite, than it did to wind myself up in it in the first place.

So I never “arrived” in the ways I was expecting. But don’t let that fool you into thinking this isn’t a story with a happy ending. Prior to taking myself on this adventure, I considered “arriving” to mean I’d look like anything on the cover of a magazine.

But it turns out that the only sense of arrival I need is resting in constant self-acceptance and a constant willingness to grow. Now I’m on a life-long fast from perfectionism and will no longer ignore the neglected parts of myself—the parts that want to be seen and accepted right now.

The parts that make me whole.

It all has to come along for the ride.

Rather than seeing my growth as a linear path from here to there, I see it as expansion. I’m constantly expanding in my ability to be with myself. To be curious rather than judgmental. To be fully alive.

This isn’t the typical “before & after” fairy tale, complete with contrasting photographs. The transformation came well after the main event.

Happily ever after? No thank you. The journey is much more interesting than that. 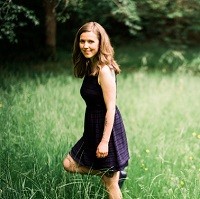