One Question to Ask Ourselves for Empowered Decision-Making. 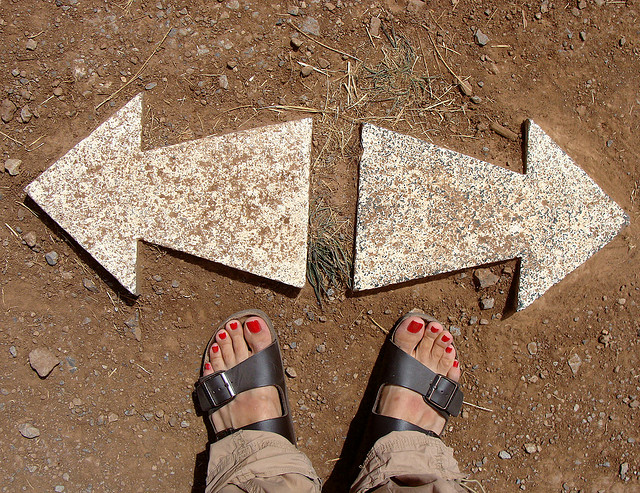 As I sit at the dining room table and watch my sister and my mum pealing their apples just as I do, it strikes me how incredible it is that two people in the world, people I only see about once a year, can have the same habits as I do, despite the fact that we have not lived together in decades.

Being with people who have known you your whole life is an experience that can’t easily be captured in words. If your family dynamics are anything like mine, it is both wonderful and frustrating at the same time.

Within a few hours, everyone falls into their old behavioral patterns. It’s really quite hilarious. We all take our places and slip into the assigned role of being the eldest, the youngest, the one who cooks, the one that who does the washing up, the one who gets teased, etc. This happens even though we are completely different people than we were when we lived together all that time ago.

The tribal feeling to these reunions surprises me every time. No one in my daily life looks like me (I am single with no kids) and the people around the family table do. It somehow makes me feel like I belong to something bigger, or some unique “members only” club.

But since returning from my most recent visit, I have started to think about all the habits that I do have and trying to figure out if they are genetic, learnt or actually belong to me. I guess what I am talking about is the whole “nature versus nurture” debate and how this has, and continues to influence my life.

I had never really thought about things in quite this way, but do the beliefs (or substitute any number of other words such as fears, dreams or reactions) that I carry around belong to me? And of those that are inherited (the “nature” ones), do they still serve a purpose?

So what exactly is the “nature versus nurture” debate all about? “Nature” refers to all of the genes and hereditary factors that influence who we are—from our physical appearance to personality traits. “Nurture” refers to all the environmental variables that impact who we are, including our early childhood experiences, how we were raised, our social relationships, and our surrounding culture.

The actual debate is complex and subtle, but thinking about it lead me to an interesting perspective and framework from which I base my decisions: are they subconscious or automatic, having been engrained through social or familial values, in the context of the society in which I live in, or are they actually mine?

So now, each decision I make comes with the question, “Is this my decision”?

Let me give you an example of a small thing from the other night. I was just finishing off a delicious meal in one of my favourite restaurants and ordered some ice cream. And I realised that I had ordered vanilla without even thinking. I always have, I always do.

The thing is I order vanilla purely out of habit—having grown up with that flavour in the family freezer. Turns out I am okay with vanilla because it reminds me of my childhood, but much prefer more “exotic” flavours like hazelnut or caramel. Actually, let me correct myself—what I like is variety, deciding on the flavour on the spot and depending on my mood. It sounds so stupid and I can’t believe I am even sharing this—but choosing my own flavour of ice cream somehow symbolises a huge step in self awareness about my own choices.

To put it another way, some of my choices really are learnt (vanilla) while some are really mine (exotic).

On a more serious note, the change to “do my choices belong to me?” has profoundly affected the most important aspects of my life and as you can imagine goes far beyond my choice of ice cream.

This includes everything—from my relationships to what I do for a living.

I am actually going through a major change in my work life at the moment—I am being made redundant from a job I love. Initially I was, and probably a large part of me still is, very upset. But with time passing, I am actually getting quite excited at the opportunity of starting afresh. Most days, when the fear hasn’t kicked in, the joy of taking the time to think about my future and the possibility of being able to re-invent myself, if I want to, makes me smile.

As soon as I found out about my redundancy, I went in to “fix it” mode—I immediately signed up to a number of job websites, busily spent hours building my Linked In network and got myself into the “ must find new job” headspace. And then I stopped. I took a deep breath and realised what I was doing.

Hold on a minute—let’s press the pause button. Whose behaviour is this? Whose beliefs are these?

You guessed it…not mine. In this case, both nature and nurture were stepping in!

I come from a traditional family, where taking time out or thinking about doing something that means you don’t have a steady pay check at the end of the month is regarded as “too risky.” Delving deeper, the beliefs clearly belong to my Dad. And they were relevant for him (a war child where a steady pay check meant you could feed your family). But I don’t live in his world. I live in mine. And the world has changed dramatically and I realised that it is okay to do things differently.

But without that pause, without the new and fresh perspective of thinking about where the decisions where coming from, what I want and being open and honest about it, I would have carried on until I ended up in the next job—probably slightly bewildered about how I got there and thinking “is this what I want really want to be doing with my life?”

And by then it might have been too late.

And suddenly I have a flash back to a scene where my mum and I are sitting on the sofa and she is comforting me after a major and messy break up with a man that I thought I would spend the rest of my life with. She turns around to me and says, “It’s not over yet darling. I get the feeling that I will be dancing at your wedding very soon.” Turns out, she was wrong—we didn’t get married.

But what strikes me now after all those years is the fact that I don’t even know if I ever wanted to get married, to him or to anyone else for that matter. With no conscious thought at all, I just presumed I did. Did I just presume I did because my mother thought I should? Is marriage something I deeply believe in and want to experience? Or is this something that is expected of me?

I don’t have an answer to that one—the jury is still out.

But the conclusion I have reached so far is that it’s not about making the right or wrong choice. And I don’t think it’s about if you understand that it’s nature or nurture, or a bit of both. It’s about realising that you have a choice. So in a way, it doesn’t matter if the decision is inherited, learnt or not. It just matters that it feels right. I guess what I am saying is that being aware of your choices and decisions is what is the most important thing here.

My challenge to you is this: every time you take a decision—big or small—ask yourself: who do these feelings and choices belong to?

If the answer isn’t “me,” ask yourself why not.

Because it’s your life—lead with your own feelings and thoughts. 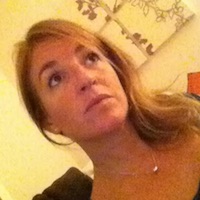