The Near-Death Experiences that Taught My Family to Live. 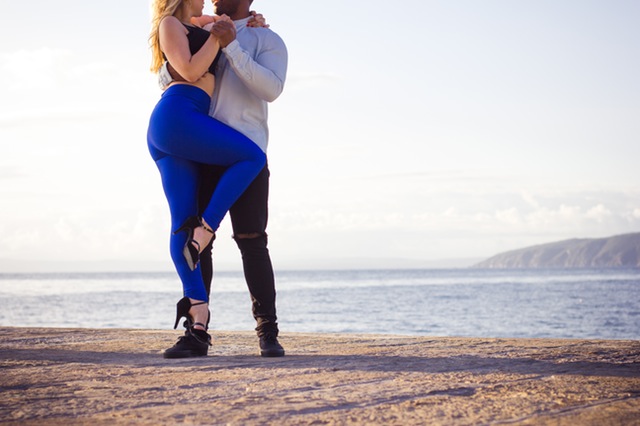 We will all die.

This is something I think about often. In its hard core truth and stinging reality, the question that comes to mind is, Am I living every day as if it were my last?

Perhaps my heavy contemplation of this is natural after witnessing both of my parents almost lose their lives.

The first time this happened, it was my father. I was 10 years old. My mother picked me up from school, and I sat in the backseat, staring outside daydreaming and watching the trees pass by. My mother was really quiet, I remember. She kept looking at me through the rear-view mirror. I saw her eyes fill up with tears, and I instantly knew something was wrong.

She finally spoke, and she said, “Baby, something bad has happened to your father.” I asked her what she meant. She answered, “I don’t know if your dad will live.”

I found out later my father was in surgery getting a tumor in his throat removed. As the doctor was performing surgery, he accidentally cut his internal carotid on the left side of his neck, causing him to almost bleed to death. Because of the bleeding to his brain, he had a stroke.

The second time this happened, it was my mother. I was 24 and working in Houston on a typical Monday morning when I received a phone call from my stepdad. When I answered the phone, my grandma was on the other line. “Hello, sweetheart.” That instantly sent shivers down my spine. She started to explain what happened.

My mother and stepfather were both coming home from my brother’s apartment and a drunk driver hit them head-on. Care-flight took them to the nearest hospital. My stepfather suffered a broken femur and collarbone. While he waited by the wayside healing, my mother was in the Intensive Care Unit for a month fighting for her life. Her two broken ankles were just minor inflictions compared to the rest of her body.

Today, I can gladly say (all) my parents are alive, vibrant and healthy, and with that, I can also see the good in all of what happened. On these two separate occasions, while their bodies fought to survive, they each had life-altering experiences that would forever change their paths—and my perspective today.

For example, my mother looks differently at the things that used to be of importance to her. “Money no longer matters as much,” she said to me.

As someone who was a self-proclaimed “shopaholic,” I knew what she meant. Although money is important to do the things we want and support everyday survival, my mother doesn’t worry about not having her needs met anymore. She has a new appreciation for the things she has, and from my angle I see she has more love and happiness around her. I see her enjoying the things she loves more. I see the home inside her heart and in her physical surroundings to be a beautiful example of her letting go of her past worries of insufficiency.

Another example of how my mother’s experience transformed her life is the relationship she has with her father now.

She and my grandfather had a falling out right before the accident, and when she woke up from her state of unconsciousness she no longer felt the need to hold a grudge against him. Today, their relationship is healthy.

My mother made me realize that when life can end so abruptly, we begin to let love in and accept the past in a more loving way. We begin to see past the imperfections of other humans, and we just want to love them.

After my father got out of the hospital, he had a lot of work to do. In one day, everything that had been a strength became his biggest struggle. My father had been a strong, athletic man with a charming West Texas, Matthew McConaughey accent. The bleeding in his brain that caused the stroke created paralysis in the right side of his body and a speech impediment. His voice, once his strength in helping him to be a successful business man, was no longer an attribute. He woke up to the realization that he’d have to find a new way of speaking, while also relearning how to write.

These extreme changes forced him to start from the bottom up to regain strength and become the person he was. He picked up some wisdom along the way. This wisdom I get to witness on a daily basis.

My father is still a businessman today, but now with a deeper sense of compassion for helping others. He sees a struggle in someone, and he meets them with a full heart. In that compassion, he has learned to forgive a lot in himself, too. In his endeavors to heal himself, he created a beautiful foundation for his new profession in life coaching and public speaking, and is on his way to writing his first book.

When I talk to my “new” father, I see someone who deeply loves life. This passionate side of him has made me realize that when we are faced with death or adversity—or both—we can choose fight or flight. He chose to dig a bit deeper.

As I reach my thirties, I realize how much my parents’ experiences have influenced the way I look at life now. I realize we aren’t getting any younger, and we have the choice to take life by the horns and live to our truest potential.

Looking back on both of my parents’ experiences, I wonder about my life. I wonder how I could live in a more meaningful way, so that when my time comes I have done everything I wanted and needed to do to be of most use to the planet. 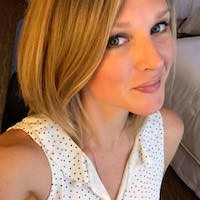