Tortured Genius: How we can keep our Creative Edge without Losing our Sanity. 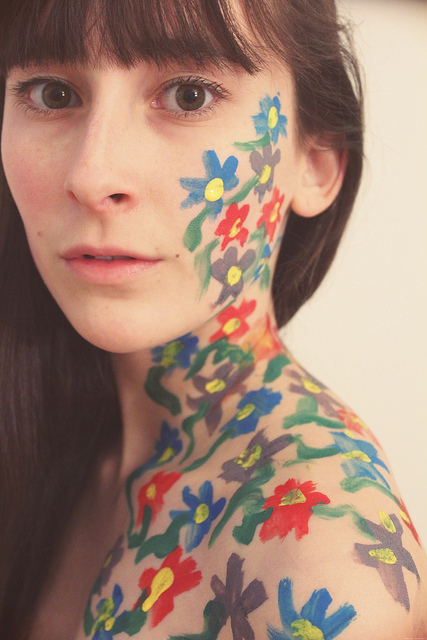 Where there is genius, there is also despair.

Where there are miracles, madness is close at hand.

I know this because I spent the first year and a half of my doctoral studies surveying the intersection of creativity and depression.

In deep mid-winter, amidst towers of biographies on Hemingway and Virginia Woolf, I finally relented. My months of reading and highlighting and post-it noting had brought me to a grim epiphany: studying depression was really depressing.

I was already depressed—or was I?

Maybe what we like to call depression and mental illness is actually just having an artistic temperament. Maybe we are pathologizing the luminous traits of sensitivity and soulfulness. Maybe writers and painters and composers have a read on life that is much closer to the gritty truth.

Creatives want this mundane life to go technicolor. Etch-A-Sketch to Light Bright. We want days and nights that are bluer, truer, and more intense. We want to feel things.

On the cusp of 30 and full of ennui, I moved to Paris, just around the corner from Hemingway’s famed Latin Quarter apartement. On the surface, I was a successful working artist. I was writing a novel, painting large abstracts, and framing my photographs for an upcoming exhibition, but I was so unbelievably tired.

I felt incredibly inspired and productive, but I was also sleeping my days away.

Cue French psychiatrist: “You are so very, very tired because you are depress.”

“Yes, you are depress, and I will give you a little green pill that will make you much better.”

I was seduced and terrified at the same time.

Without medication, I was a hyper-productive polymath. Except when I wasn’t. During those periods, I was a professional sleeper.

So, I took the little green pill, and spent a week almost fainting on the Metro, feeling like my brain was going to burst outside of my skull. And then, in a few more days, the fog lifted. Everything seemed a bit different, a bit brighter, a bit better.

I had more energy, and fewer marathon sleep-fests. I actually had real groceries in the fridge. I was a bit more outgoing. Friendlier. More American. And I kept writing, and painting, and taking pictures.

I tried to decide if my writing was less inspired because of the little green pills, but I honestly didn’t even care. I hadn’t felt this good in years.

That was the beginning of my tango with anti-depressants. My dance with dopamine. My samba with serotonin re-uptake inhibitors.

Like many, I have cycled on and off various meds that promise to make me “better,” and they do tend to do that for a while. Until they don’t, and I start the dance again.

Creating is the Antidote to Misery.

As a coach for creatives, I witness exquisitely talented artists who seem to live a tortured existence. They are in a rut and they are decorating it. Some are medicated, legally or otherwise. Most are phenomenally bright, gifted eccentrics who struggle mightily with both life and art. And in some ways, they seem devoted to their suffering. As if it is the key to their genius, and perhaps it is.

A songwriter recently admitted she wasn’t writing new songs because she was finally happy (a new husband and fewer financial worries). And I know what she means. There are certain emotional states that lend themselves to solitude and creativity, and happiness isn’t traditionally one of them. I have often joked that I have to be “just depressed enough” to write well.

Like many creatives, I have come to accept that I don’t have an innate talent for happiness. Many artists do seem wired to be “divinely discontent.” Why would we continually want to make new things that don’t exist already, and keep trying to push them into the world?

It’s as if creatives are born with something like a vitamin deficiency—you could call it a contentment deficiency.

The way to correct it is to create. The way to create is to keep ourselves as balanced as possible.

For some that means medication.

Having a dedicated place to create.

We have to accept, with compassion, that our numerous excuses about why we can’t create right now are not getting us anywhere. We have to stop rationalizing our inertia.

If you are feeling resistance, know that something wonderful is about to be born.

Ou​r li​ves are​ in our hands. We must ​protect ​our​ sanity. We must find a way to nurture our gifts at the same time.

We must come to know deeply that our desire to create isn’t accidental.

We have to s​top judging ​ourselves​ to death.

We’ve got to coax our sensitive, creative souls out of isolation. We’ve got to step away from the precipice. 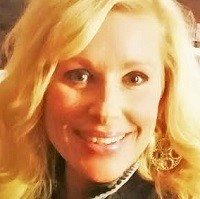