Why We Need to Change our Stories to Shift our Collective Direction. 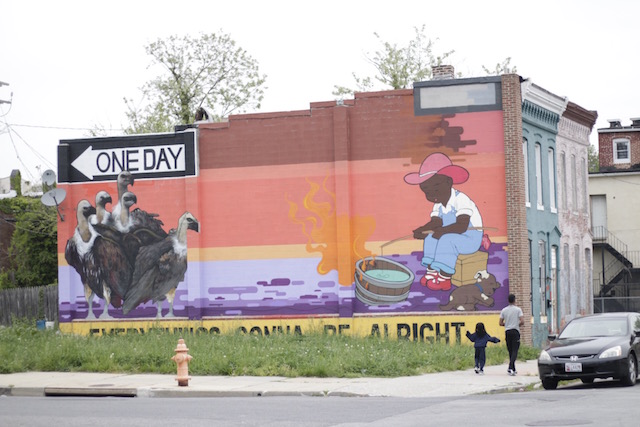 Recent headlines have distressed me.

A few weeks ago, reading the news that Brock Turner was convicted of, but barely held accountable for, sexual assault in Stanford, made me feel dizzy. How could the judge prioritize the perpetrator’s well-being over the woman’s he assaulted—or, for that matter, any potential others’ in the future? I needed to lie down to finish the article.

The next week, I avoided reading anything about the mass shooting at a gay night club in Orlando. That reminded of how potent hatred can be, and I so instantly and thoroughly questioned the goodness of humanity that I startled myself. It took me days to finally read about this atrocity; when I did, I mourned over more than the lives that should not have been lost: some of my hope for humanity also died in the club that night.

The other day, a judge acquitted Ceasar Goodson, the officer driving the van that transported Freddie Gray, of every charge against him. The moment I heard, I began trembling, thinking only of my lovelies—the Baltimore City high schoolers I teach, and adore. Discussions of the politics of the verdict aside, I loathed its redundancy; again, a black life has been taken, and again, no one is being held responsible for that.

I woke up the next morning to the surprise that the United Kingdom voted to leave the EU. I attended graduate school in England: it is there that I first began working with refugees, and studying the interconnectedness of nations, so I cannot compute the outcome of this referendum. The apparent-xenophobia that fueled this nationwide decision prompted my British friends to write Facebook statuses revealing their disappointment, embarrassment, fear.

Reading these reactions, I wanted to fly back and hug them.

These stories, though seemingly dissimilar, affirm the range of ways in which we fail to honor the worth and dignity inherent in each of us. These stories expose the evils we collectively allow, and in some cases, perpetuate.

Sadly, all of these stories represent just a sliver of the ways we hurt one another.

Though much of the news seems to be devoted to sharing these kinds of stories—the four mentioned above all garnered some degree of national or international attention—countless others never have, or will, reach such a platform. In fact, it is usually the stories that cause us our most personal pain that go unreported: those impossibly long shadows that stalk our otherwise-bright days. For example, a few hours after I heard about Officer Goodson’s acquittal, I learned about the murder, early that morning, of one of the lovelies I had taught a few years ago.

This barely made the local news, and even then, not until the next day.

But that afternoon, driving to loved ones who could understand my grief, this story––one in which one of my boys died on his own block—seared through me. Alone in my car, shouting, I smacked my palms against the steering wheel. I wiped my tears with my wrist, cursing everything that led this to happen.

These stories—as well as the ones I have forgotten about, will never know, and that haven’t happened yet—make me want to shout and cry. But they also make me want to act. I am among the countless who want to help us heal. Our instinct, even in the face of this insurmountable task, is to repair, remedy, resolve. We endeavor, in the ways we know how, and as best we can, to restore dignity where it has been lost. I am committed to this work, but surely can’t be the only one who wonders: when there are so many stories, will our effort ever be enough?

And, actually, I often forget—the answer to this question is no. No, our effort alone will never be enough. Grit is noble and necessary, but not all we need. In equal measure, we need faith: a stalwart mindset that, eventually, somehow, things will be okay. It feels impassive, and insufficient, but is in fact imperative. Faith buoys us amidst burdens, and sustains us in our efforts to preserve what is sacred within us all.

As I hear headlines and read stories about humanity’s (self-inflicted) wounds, I must keep reminding myself of the partnership between effort and faith. We need to practice both in our pursuit of social change: our efforts wrapped in faith, our faith supported by effort. It is vital that we make progress; if we remain vigilant in our commitment to both effort and faith, we will.

So, when I hear and read stories of dismissing each other’s dignity, I will instead tell myself another story, one which makes plausible the deliverance of dignity. It is a parable adapted from the Sant Mat practice, and is the truth—promising and hopeful—to which I will cling as we change society, and our stories:

Parent and child walked to a nearby lake, and climbed into a waiting rowboat. Inside were two oars: one inscribed with the word “effort,” the other “faith.” The parent rowed them to the middle of the lake, then told the child to row them back to shore, using only the oar inscribed “effort.” The child obliged, and the boat began to go in circles, rather than moving forward. After a moment, the parent told the child to stop, and this time, try using only the oar inscribed “faith.” Again, the child obliged, this time circling in the opposite direction. After another moment, the parent told the child to stop. “Please now row both oars at the same time—‘faith’ and ‘effort’ together.” This time, using both faith and effort in equal measure, the child successfully rowed the boat forward, in the direction of their destination. 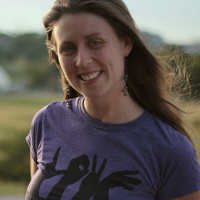