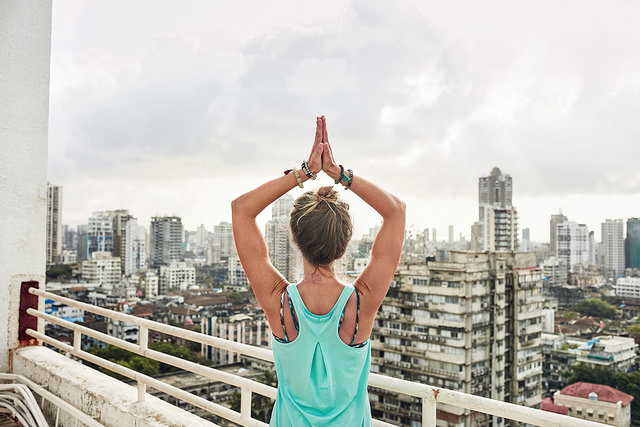 I don’t tell many people why I started practicing yoga.

In some cases, I say that there was a traumatic event that sparked my interest in yoga, but in general, I don’t like to discuss what happened. However, after the most recent attacks in France, Orlando, Istanbul, Dhaka and Baghdad, I think it is appropriate to share.

On the morning of September 21st, 2013, I was in my hotel in Nairobi, Kenya, enjoying my coffee and reading a book. My colleagues invited me to go grocery shopping with them and I questioned whether or not to go—I was planning on going to the gym—but decided in the end to join.

One colleague and my boss, along with her nine month old son and I went to the Westgate Mall that morning. As we finished our shopping, my colleague and I left to go out front and meet our taxi driver, as my boss and her son finished paying. We exited the mall and stood out front; I began fumbling in my purse for my phone to text our driver when the shooting began just in front of us.

Little did I know, a terrorist attack was unfolding.

I quickly ducked down and hid behind a huge ceramic elephant in front of the mall. I thought it was a drive-by shooting or something random. But as the gunfire continued and got louder, I ducked down and moved inside and laid down on the floor and then moved to the first restaurant to my right. I hid underneath some bar stools, hoping that it would end soon.

Moments later, I saw a man walking into the mall, shooting. Myself and a few others nearby, quickly scurried to the back of the open-concept restaurant to hide. We stayed there for the next four hours. We heard the shooting into the restaurant and felt the glass shatter over our heads. We listened to shooting throughout the mall for the next several hours.

I expected to die in these moments. I managed to find my Nokia phone to text my I Love You’s, thinking that I would never have another chance. However, I was lucky. I was not one of the almost 70 people killed that day (although my colleague who stood beside me outside the mall was not as fortunate). In fact, from a physical perspective, I left completely unharmed. It was as if the universe had another plan for me.

In the days, weeks and months that followed, I was often scared, filled with anxiety and dealt with the pain through drinking and avoiding public places.

Eventually, a friend of mine, who was a yoga teacher, convinced me to come try a yoga class. As I walked into my first class, my biggest surprise was that I was going to practice barefoot. I remember leaving that first class, walking down the stairs and feeling every muscle in my body ache already.

I kept returning again and again because, eventually, I found yoga to be the most gratifying release of the pain and anxiety that I had been holding onto.

Before the terrorist attack in Kenya, I had never been to a yoga class. Ten months after the attack I was attending five yoga classes a week. Yoga completely changed my life. Yes, I can say that yoga healed me. Even today, I can practice certain postures that bring me back to the attack in Kenya and bring a wave of sadness over me, but through yoga, I have also found the strength to go back and visit the same mall where my colleague was killed.

I don’t want to share this story to gain your pity. Rather, I share it because I want us to remember the survivors.

For example, when I read and heard about the awful events at the Orlando nightclub, my first response was—all of those people who were inside and who survived, will never be able to forget that night every time they walk into a nightclub for the rest of their lives.

Every time I walk into a mall, I can not forget what happened to me.

However, I strongly believe that yoga can help us heal. We, as humans, hold our emotions in our bodies and through yoga, we are able to release these emotions. We are able to grow, on a personal and individual level. Although that day in September 2013 was an awful experience, I know that it brought me to where I am today—a yoga teacher. That day’s events changed my life completely and I can honestly say, I wouldn’t trade it.

I invite us all to recognize the path we are on and realize that, although we may not understand it, we are on this path for a reason. Also, the next time you are in your yoga class, think again about why those next to you may be in class. When you know someone who is going through a hard time, recommend yoga to them—you never know what a difference it might make.

How I Unstuck the Grief from My Body.
~ 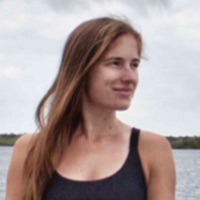